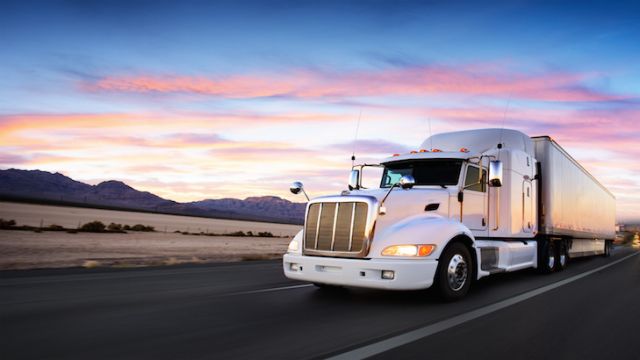 Google has been sporting driverless cars for some time now. At first, the idea seemed something of a far off novelty, but the high-tech giant has been beta-testing robot-steered vehicles on real roadways in California, Texas, Washington and Arizona.

In fact, Google’s self-driving fleet has acquired an impressive safety track record. After logging nearly two million miles, Google’s autonomous cars have been involved in just 20 road incidents, only one of which was caused by the driverless vehicle.

After reading Google’s Monthly Safety Reports, I came away feeling that I’d rather share the road with driverless cars than the nearsighted aunt who left her glasses at home, an absent-minded grandfather, or the teenager distracted by her cellphone.

The idea of putting road rage, drunk driving and driver fatigue in the proverbial rearview mirror is a no-brainer. But what about the idea of a robot-driven 18-wheeler, carrying 18,000 pounds of cargo, hurtling down the highway at full speed?

Well, if a San Francisco startup has its way, then driverless rigs may be coming to a road near you. What are some of the technological roadblocks to making that happen, as well as the safety implications for you and your family?

Actually, the prospect of widespread driverless rigs is at least years if not decades away, according to Gary Shladover, who is the program manager of California Partners for Advanced Transportation Technology at the University of California, Berkeley. Put simply, the technology for self-driving trucks, which includes the integration of sensor, lasers, advanced cameras, software, and GPS signaling, has not yet reached the point where it would satisfy transportation safety officials.

Robotics pioneers, however, insist that the remaining technological challenges can be addressed. Anthony Levandowski, a cofounder of Otto, a robotic-rigs startup, insists that the goal of automated 18-wheelers is as feasible as the autopilot feature on commercial airliners.

For instance, just as human pilots handle takeoffs and landings, but let computer software systems steer the plane in mid-flight, Levandowski believes human drivers will tackle busy city streets, but leave highway navigation to the robots. As he puts it, “Our goal is to make trucks drive as humanely as possible, but with the reliability of machines.”

Each year, for example, there are roughly 4,000 fatal accidents involving trucks. According to official estimates, anywhere between 10 to 20 percent of those deadly crashes are the result of driver fatigue. However, Levandowski points out that robot-driven trucks will never get tired. Also, they can be programmed so they don’t speed or drive in unsafe conditions.

According to Tesla CEO, Elon Musk, we are heading towards a world where automated vehicles become so proficient, safe and reliable that lawmakers will be compelled to consider a ban on manual driving.

People instinctively like feeling in control. However, human error is the cause of the vast number of road accidents. A split-second misjudgment or attention lapse is all it takes to become a tragic highway statistic.

Nevertheless, ceding control to robot drivers will represent a momentous psychological shift. However, progress on driverless vehicles is advancing so rapidly that it’s easy to imagine a fully automated transportation system in the future. Indeed, by some estimates, as many as 10 million cars with some self-driving features will be on the road worldwide by 2020.

Many experts believe that the roughly 40,000 traffic-related fatalities that occur nationally every year in the US can be cut significantly. After all, 94 percent of all accidents are due to human error. As journalist and tech observer Matt Vella notes, robots are far better equipped to drive than people because computers are far superior than humans at avoiding mistakes. Of course, there will be new challenges, too, such as the possibility that self-driving vehicles could be hacked.

If the engineers at Google and the visionaries at startups like Otto are right, then an era of self-driving cars and trucks will provide safer, more reliable and efficient transportation than we have now. Driverless vehicles may be a boon to productivity, allowing humans to focus on other activities during their commutes. They may also enhance human freedom by giving blind people, the elderly and the disabled the ability to travel at their leisure.

The automobile and the nation’s interstate highways system transformed American life. Driverless cars appear to be on a fast track to reorder our personal and economic lives as well. Where the road ahead will take us is uncertain, but if the pioneers of robotic driving are right, then we’ll all be able to sit back and enjoy the ride.