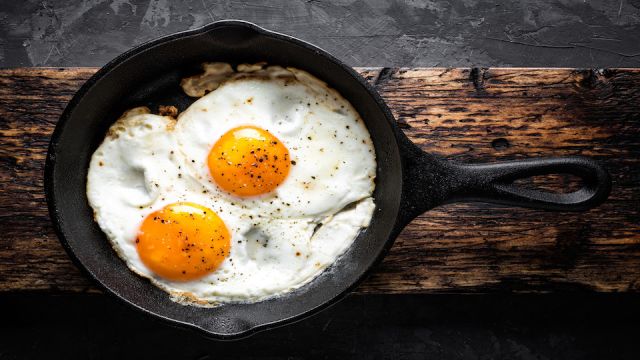 Growing up, my mother always told me that breakfast was the most important meal of the day. Because of this, we always had big breakfasts and were encouraged to eat as much as we could first thing in the morning. While my brother thought this was amazing, I struggled to finish a banana and a bowl of oatmeal most mornings.

As I grew older, I began to eat very little, if anything at breakfast and ate my biggest meal in the middle of the day. This has always been the best meal arrangement for me, and on the days I do eat breakfast (no matter what it is), I always seem to struggle with overeating, poor energy or weight gain.

As strange as it may seem, eating breakfast may not be for you either. Here are some popular eating myths debunked!

Don’t take my word for it; science has kindly provided the evidence.  While many people think that skipping breakfast will lead to overeating and cravings for unhealthy food, a recent randomized study has finally put this matter to rest. In a 2014 study of 283 overweight and obese adults eating breakfast and skipping breakfast were compared. The study found that after sixteen weeks, the two groups showed no variation in weight. While some people may feel and perform better if they eat breakfast, there is nothing overly magical about it. It is a very individualized choice that must be made after conducting your own experiment.

This is another eating myth that I used to believe. I thought that the thermic effect (the number of calories used to digest and assimilate nutrients from a meal) would be more significant if I ate six smaller meals each day versus three more substantial meals. In reality, the thermic effect, which is about 10% of your total calorie intake is the same no matter which way you choose to eat. Eating six meals that are 500 calories each has the same impact as eating three 1000 calorie meals. Some studies in humans show that eating more frequently throughout the day or eating fewer, bigger meals has no impact on metabolism.

The brain needs a constant supply of glucose to function

With all the buzz about ketogenic diets these days, the myth that our brain will stop functioning if we don’t eat carbs every few hours is being debunked. Yes, the brain does need glucose, but this can be produced from a process known as gluconeogenesis.

Additionally, glycogen (glucose) stored in the liver, can supply the brain with energy for quite some time. Even if you are fasting, starving or consuming a very low carbohydrate diet, your body produces ketone bodies from dietary fats. These ketone bodies provide energy that reduces the amount of glucose needed. This means that during an extended fast, the brain can still function. Here is something to think about: If humans have always needed a constant source of carbohydrates to perform, we would have become extinct a long time ago!  If you are hypoglycemic, of course, the need to eat more frequently to supply the body glucose is something you won’t want to forego.

Fasting will throw your body into “starvation mode”

One argument against intermittent fasting is that your body will think it is starving. I have heard the claim that not eating shuts down metabolism and prevents you from burning any fat. It is true that long-term weight loss can reduce the number of calories that you burn. The technical term for this is adaptive thermogenesis. This can amount to up to three hundred fewer calories being burned daily. However, there is no indication that this happens more with intermittent fasting over other types of dieting. The reality is that short-term fasting actually increases metabolic rate, This happens because of a drastic increase in blood levels of norepinephrine which send a shout out to fat cells to break down body fat, stimulating metabolism. Research shows that fasting for up to 48 hours can actually boost metabolism by 3.6-14%. However, if you go much longer than this without eating, the reverse can happen.

Some people will claim that the body can only digest 30 grams of protein per meal and that because of this it is necessary that we eat every couple of hours to maximize muscle gain. No matter how hard you dig, you will find no research to support such a claim. What studies do show is that it does not matter if you eat your protein all at one time or spread it out over several meals a day – the impact is the same. What matters is that you are eating the appropriate amount of protein each day.