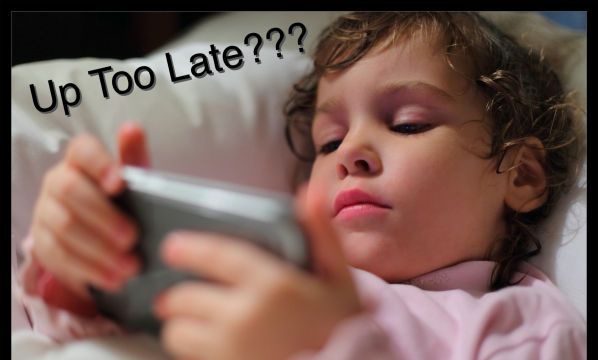 There have been numerous studies that have shown using electronics just before bedtime could be interrupting precious sleep time. Recent research, conducted by Stony Brook Children’s Hospital, focused on children aged six to 17 years. The study revealed that the use of electronics contributes to at least an hour of their valuable shut-eye.

With nearly three out of four children in that age group having at least one electronic device in their bedroom while sleeping, according to National Sleep Foundation, it’s a rather significant issue.

Previous studies, including one conducted by the Mayo Clinic, have found that light exposure from gadgets like smartphones and tablets can interfere with melatonin, the hormone that is responsible for controlling the natural sleep-wake cycle.

Researchers believe that the bluish light emitted from the screens can prevent users from getting a good night’s sleep because the light mimics daylight, effectively convincing the brain that it isn’t time to rest. The blue light suppresses melatonin, which is needed to help us fall asleep.

Dr. Jill Creighton, Assistant Professor of Pediatrics at Stony Brook Children’s Hospital, notes that quality sleep is key to a successful school year. She says it’s essential for parents to develop and implement a night-time routine that involves certain rituals like storytelling, taking a bath or listening to soothing music – and, shutting the electronic items off at least an hour before bedtime. All of those activities will positively impact your child’s sleep, she says.

The body needs time to wind down, and bright light conditions do not allow for the chance to do that, resulting in a longer time to fall asleep and stay asleep. Dr. Creighton also believes that hand-held devices should be banned from the bedroom, as just a “burst of light” from a phone can break the sleep cycle.

Using a regular alarm clock instead of a smartphone is optimal. For children who are resistant to turning off their device, she says to try and reduce screen time by 30 minutes or more each week until your goal is reached, and that a “good rule of thumb is to try to limit recreational screen time to 60 minutes every day.”

Making exercise fun can help instill a love of physical activity for life. If parents can get involved, all the better. You might even commit to a regular family walk or bike ride after dinner, play a game of catch or tag, jump rope – or anything else that gets everyone moving while having a good time.

Helping your kids get their much-needed Z’s helps to set them up for a lifetime of better health and happiness.