Lately, there has been a flood of bad news concerning the environment. Landfill waste is rising, the pollution of our air and waterways continues, and climate change is wreaking havoc.

However, the good news is, all the bad news seems to be giving us a wake-up call. Dispersed with all the bad news are stories of some truly remarkable innovations, which could go far to help our precious Earth.

The following are just three of many:

WeFood: a supermarket for expired food

A new supermarket in Copenhagen, Denmark, which opened in February, is revolutionizing how consumers look at “past prime” food. WeFood takes a variety of products that are past their expiration date and sells them at a reduced price, cutting the cost for consumers by 30 to 50 percent.

The food, which includes dairy, meats, frozen foods, breads, vegetables and fruits, comes from partnerships with other Danish grocery stores, as well as manufacturers and crowdfunding efforts. The food is still good to eat, but past its marked expiry date. Household items with slight flaws in packaging are also sold at the store.

“It’s ridiculous that food is just thrown out or goes to waste. It is bad for the environment and it is money spent on absolutely nothing. A supermarket like WeFood makes so much sense and is an important step in the battle to combat food waste.”

Per Bjerre, from an NGO known as DanChurchAid, added:

“WeFood is the first supermarket of its kind in Denmark and perhaps the world as it is not just aimed at low-income shoppers but anyone who is concerned about the amount of food waste produced in this country.”

Better yet, the store is volunteer run, and profits will go to charity initiatives in developing countries. WeFood is seeing great success so far — lines out the door have been reported. If its success continues, according to Bjerre, more WeFoods will be opening up across Denmark.

We could certainly use this kind of supermarket here in the United States, where food waste is rampant, and many people inexcusably go hungry.

A bacteria that breaks down PET plastic

We all know that plastic waste is a huge problem — about 32 million tons of the stuff enter our landfills each year. Plastic is also polluting our oceans. Most of this plastic is not biodegradable.

In a breakthrough that may help us make huge strides towards remedying the world’s plastic problem, a team of researchers at Kyoto University has isolated a bacteria that feeds on polyethylene terephthalate (PET). 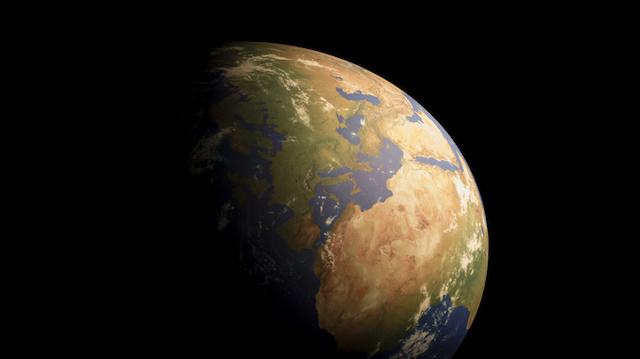 While fungi that eat plastic have been previously discovered, these fungi can be difficult to grow. The bacteria, on the other hand, named Ideonella sakaensis, is easy to grow. This bacteria can live on the PET, and “eat” it in its entirety. Furthermore, the Kyoto University research team identified and isolated the enzyme in Ideonella sakaensis that breaks down the PET, and manufactured it.

Using this bacteria, and its active enzyme, PET plastic could be broken down to its chemical constituents, and used to make new plastic products, which many companies prefer over recycled plastics (backwards, yes, but such is the industry). If this method takes off, it would eliminate the need for many of the raw materials used to make plastic.

During the recent climate summit in Paris, the nation of Uruguay announced that a whopping 94.5 percent of its electricity now comes from renewable sources. The fact that Uruguay has accomplished this, and the ways in which it did so, are an encouraging sign that any nation can make this transition — without increasing consumer costs.

Ramón Méndez, Uruguay’s national director of energy, stated that the nation achieved this high percentage of renewable energy through, “clear decision-making, a supportive regulatory environment and a strong partnership between the public and private sector.”

What’s especially encouraging is that Uruguay accomplished this transition without price hikes for consumers, and without the use of government subsidies.

Much of Uruguay’s electricity now comes from wind farms. However, the nation also uses a diverse array of renewables — not relying exclusively on one source.

“For three years we haven’t imported a single kilowatt hour. We used to be reliant on electricity imports from Argentina, but now we export to them. Last summer, we sold a third of our power generation to them.”

“What we’ve learned is that renewables is just a financial business. The construction and maintenance costs are low, so as long as you give investors a secure environment, it is very attractive.”

Considering that worldwide only about 12 percent of energy comes from renewable sources, Uruguay is setting a strong example.

While we still have a long way to go to clean up our planet and protect it from further damage, innovations such as these are certainly encouraging. Now is the time for us to act so that our planet is habitable for generations to come.