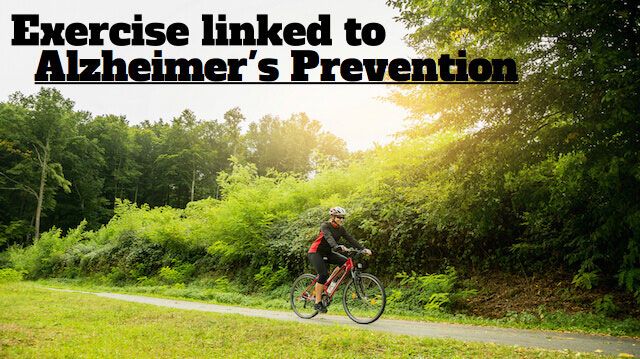 There is new hope for those suffering with Alzheimer’s disease. Previous reports have indicated that physical activity helps prevent the likelihood of developing dementia later in life. However a number of new studies confirm that exercise can also help alleviate the symptoms for those who already have the disease.

A study done at the Danish Dementia Research Centre in Copenhagen involved 200 patients with mild to moderate Alzheimer’s symptoms. The study, which took place over a period of 16 weeks, divided patients between a control group performing no exercise and a group completing a supervised exercise program.

After the study time was complete, the researchers evaluated both groups for psychiatric symptoms, such as anxiety, irritability and depression. They found that the control group’s condition had deteriorated, while the exercising group experienced some improvement in symptoms.

It was observed that the patients attending the most exercise sessions and exercising energetically saw more marked improvement, and also exhibited better mental speed and attention.

Another recent study investigated the effect of exercise on the development of brain lesions associated with Alzheimer’s disease. Patients are often observed to have “tau tangles” which destroy a critical transport pathway within the brain. Higher incidence of these collapsed proteins is observed in those with more advanced illness, so this is considered a key physiological marker of Alzheimer’s.

This study involved 65 people with no regular exercise practice and mild cognitive impairment. The patients were divided into groups performing four weekly sessions of either cardio exercise or stretching. Results were evaluated after a six-month period.

The study authors reported that the group engaged in more vigorous exercise showed greater blood circulation in key areas of the brain and also reduced levels of tau proteins. They stated that the effects of this exercise-based lifestyle intervention exceed the ability of any drug currently on the market.

Previous scientific research has revealed that people with a high risk of Alzheimer’s, specifically those with a gene called APOE e4, tend to exhibit decline when they are sedentary. This is observed via the level of a toxic protein called beta-amyloid in the brain, which accumulates when a person does not engage in sufficient physical activity.

Other studies from 2011 and 2012 reported similar information, indicating that those who exercise more have greater activity and glucose uptake in the brain.

What type of exercise is best to protect against Alzheimer’s disease? 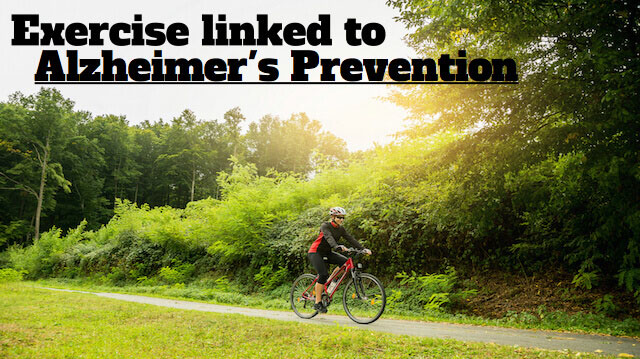 A research paper published in the Journal of Alzheimer’s Disease in 2013 recommends 150 minutes of activity each week. The participants in that particular study simply walked on a treadmill at a moderate pace for 30 minutes per day, five days a week over a period of 12 weeks. This was shown to increase activity in 11 different regions of the brain that are tied to identification and recall.

To prevent the onset of cognitive decline, movement which increases heart rate and blood circulation is best. This includes dancing, swimming, cycling or any other full-body exercise.

For those who are already showing symptoms, experts recommend safe, low-impact activity such as water aerobics. It’s beneficial if a person can maintain an enjoyable hobby, for example walking, gardening or tai chi.

It’s best to start and maintain a regular exercise regime as early as possible, since researchers have discovered that Alzheimer’s disease begins its onset decades before any noticeable signs appear. Those with the APOE e4 gene are particularly vulnerable to decline if they don’t exercise — one study found that hippocampal shrinkage (a hallmark of Alzheimer’s) can occur at a rate as fast as three percent in just 18 months.

It doesn’t take an expensive gym membership, a fancy spandex outfit, or the latest equipment — just get up and move! Put on a great song and move out of the sheer joy of living. Go outside, feel the sunshine and breathe the fresh air. It will do more than make you feel great, it will keep your brain healthy and active for years to come!