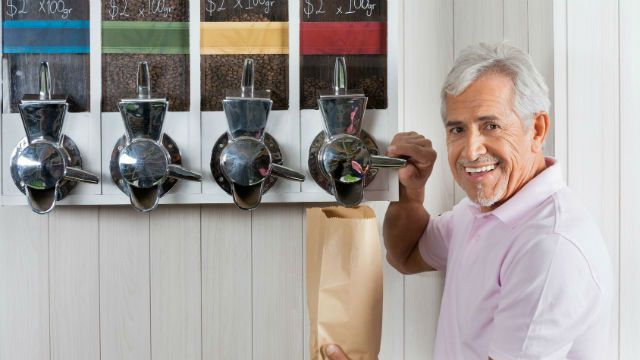 Paving the way for a greener nation, Hawaii is now the first US state with a nearly thorough ban of plastic bags at retail checkout counters.

Reducing or banning the use of plastic grocery bags is an initiative that several US cities, as well as a number of nations, have embraced, in an effort to reduce their dangerous toll on the environment.

Even though they are usually recyclable, many plastic bags end up in the landfill, and this is especially troubling because they are not biodegradable. Perhaps even worse is when they end up in the ocean. Marine animals, especially filter feeders, often choke on the bags.

While the ban in Hawaii is not statewide, four out of five Hawaii counties now have individual bans. Kauai and Maui have had bans the longest, the ban on the Big Island began on January 17 of this year, and the ban in Oahu will begin in July of 2015. The fifth county, Kalawao County, is mostly uninhabited, and land-accessible only by mule trail. So, in practice, all of Hawaii now either has or is working on implementing a plastic bag bans.

No other US state has such a widespread ban on plastic bags. However, cities, including Washington DC, Portland, Los Angeles and San Francisco have bans. Certain cities in England, India, Australia and Mexico, to name just a few in other countries, also have bans. Italy, Switzerland, Ireland and Germany are some of the countries that have taxes or fees for using plastic bags.

In Hawaii, plastic bags will still be available for bulk items, just not at the counter. Although some plastic will still be used, subtracting the bags eliminates a lot of waste. Some people, however, want to take it a step further.

Hawaii’s Surfrider Foundation has suggested a fee for paper bags, so that more shoppers will choose to bring their own bags to the grocery store. This would be wise, since as it turns out, the production and disposal of paper bags is also an environmental problem.

Whether we live in a location where plastic bags are banned or not, we can still choose to shop as green as possible. Just because plastic bags may be an option where you live doesn’t mean you have to use them.

If everyone brought their own bags to do their shopping, our country would save the resources that are needed to manufacture both paper and plastic bags. Plus, it would also eliminate a lot of waste.

To use even less plastic, bring your own reusable containers for bulk items instead of relying on the plastic bags available at the store. Buying in bulk on a regular basis is a great way to conserve the resources needed for non-bulk item packaging and the waste that it creates, and can also save you a lot of money.

One thing to remember: Wash your reusable shopping bags (and reusable storage containers) on a regular basis. Especially if you are buying meats, these items have to be kept clean to prevent the spread of bacteria that lead to illness.