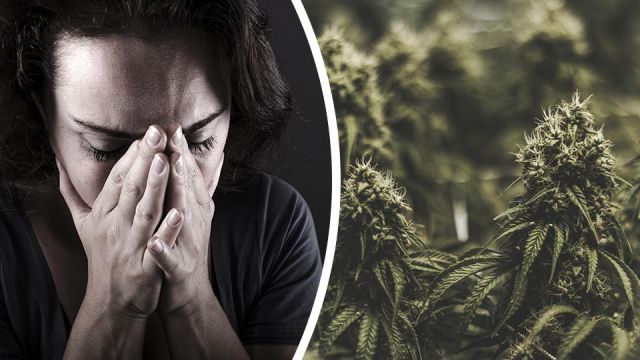 Life can seem bleak and unbearable when you are in the grips of anxiety and depression. Nearly everyone experiences bouts of deep unhappiness at some point in their lives, But with depression, it can seem like you are wrestling with some dark adversary that sucks every last ounce of life and hope out of you.

I feel fortunate that my blackest moments have never lasted very long and my psyche always seems to have innate buoyancy. However, if I ever felt trapped in a depressed state, then I wouldn’t hesitate for a second to give cannabis a try.

In fact, I haven’t smoked a joint or gotten high in ages, but in the past always found the herb to be a mood stabilizer that enhanced creative thinking, problem-solving and psychological insight. I happen to think there’s a lot of sound science to back up that view. With that in mind, let’s look at how cannabis may help offer therapeutic relief for anxiety and depression.

Depression is unique to every individual the condition touches. Basically, however, the disorder encompasses feelings of a deep and pervasive sadness, hopelessness and personal dejection. In order to be diagnosed clinically, these symptoms must interfere with your daily living and last for at least two weeks. Mental health professionals also differentiate types of depression based on the causes. For instance, there are:

Whatever the cause, depression can be very debilitating.

There are a variety of theories and schools of thought when it comes to depression. Psychoanalysts (talk therapists) emphasize the importance of unresolved childhood conflicts, which they insist creates the psychological repression that manifests as anxiety. Ultimately, this unresolved psychic energy is transmuted into depression. In theory, consciously acknowledging past trauma can help you get past it.

Psychiatrists, on the other hand, tend to emphasize the importance of biological factors such as levels of the “feel-good” neurotransmitter serotonin. If your brain doesn’t have adequate levels of serotonin, psychiatrists contend, then naturally you will be prone to depression. As a result, they typically prescribe medications called reuptake inhibitors, which allow serotonin to stay active in the cortex longer, which presumably helps to elevate your mood.

Talk therapy and antidepressants have about the same modest success rate when it comes to treating depression. In fact, these treatment methods help about a third of patients.

Naturopathic health practitioners offer an alternative approach to the disorder by emphasizing diet and exercise. In particular, naturopathic physicians call attention to the way processed foods and sugar-laden products cause blood glucose levels to spike and then plummet, which can precipitate mood swings.

Interestingly, serotonin is actually manufactured first in the gut, but imbalances in the intestinal flora can hinder the production of this vital neurotransmitter. In contrast, both exercise and a healthier diet are known to boost serotonin levels. Simple lifestyle changes, naturopathic physicians argue, are a prudent first resort when it comes to treating depression.

The endocannabinoid system and depression

The endocannabinoid system is a network of receptors throughout the body that are responsible for hormonal signaling, immune response, and mood regulation. Essentially, the network’s function is to maintain homeostasis, which is a state of balance that promotes wellness throughout the body.

These receptors are activated by molecules the body produces naturally called endocannabinoids. In 1992, for instance, researchers discovered that humans manufacture a natural compound called anandamide, which is a molecular analog of the THC found in cannabis. Subsequent studies have found that long-distance joggers produce greater levels of anandamide, which scientists believe is responsible for the so-called “runner’s high.”

In fact, scientists are finding that exercise and physical activity tend to boost levels of endocannabinoids whereas chronic stress and anxiety tend to deplete them. No wonder, then, that depression has been linked to endocannabinoid deficiencies.

No doubt, many people are helped by traditional antidepressants. However, their success rate is surprisingly low — about 30 percent of individuals find them helpful, which is about the same rate as placebo pills.

In contrast, cannabis has been used as a folk remedy to treat depression for centuries. Recently, a number of studies have lent credence to the theory that cannabis may help many patients with depression. For example:

Dr. Samir Haj-Dahmane, a neuroscientist at Buffalo’s Research Institute on Addictions summed up the emerging research on cannabis and depression by saying,:

Depression can be a complicated condition and marijuana is a complex herb. There are literally hundreds of active compounds in cannabis, not to mention countless strains.

Trial and error are typical of treatment regimens involving conventional antidepressants and the same appears to be true when it comes to using cannabis to treat depression.

Anecdotal reports, however, suggest that low doses are more effective than high doses and cannabis strains rich in CBD — the compound in marijuana responsible for the herb’s relaxing effects–are better than high THC strains.

“I’d advise people using medical cannabis for the first time to choose medical cannabis strains that are low in THC and high in CBD, or cannabidiol, a cannabinoid present in cannabis that provides therapeutic effects but is non-psychoactive.” She adds that “Discussing your needs with your [physician or] local dispensary representative will be helpful in learning about the various options you have access to in the medical cannabis community.”