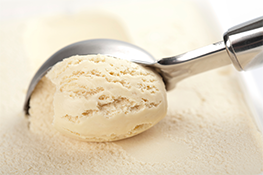 Food additives and preservatives have long been suspected of affecting digestion and metabolism, and according to a recent study, these suspicions may have some truth to them.

Researchers at Georgia State University have published research in the journal Nature which suggests that synthetic emulsifiers in food might be wreaking havoc on the digestive tract and contributing to metabolic syndrome. The study linked two emulsifiers to obesity, type 2 diabetes, heart disease, stroke, irritable bowel syndrome, and Crohn’s disease.

Emulsifiers are substances added to food products to keep ingredients that don’t normally like to mix together (oil and water, for example) from separating. They are very common in processed foods, and can be found in a wide range of products including ice cream, mayonnaise, breads, and other baked goods.

Although some whole foods can be used as emulsifiers—eggs, for example—most processed and commercial foods use synthetic varieties, which is what the study tested.

The researchers fed mice two common synthetic emulsifiers, polysorbate 80 and carboxymethylcellulose, in doses comparable to human consumption of processed food. They found that the emulsifiers changed the mice’s gut bacteria; the change resulted in intestinal inflammation and a tendency in the mice to overeat, apparently leading the mice to insulin resistance and obesity.

Dr. Benoit Chassaing, one of the lead researchers, was compelled to do the study because of his belief that one common explanation for obesity—genetics—was insufficient. He believes that while obesity rates have skyrocketed in the past few decades, genetics simply haven’t changed that much, making it unlikely that genetics is a primary cause for obesity and other conditions linked to metabolic syndrome.

In his words, “the dramatic increase in these diseases has occurred despite consistent human genetics, suggesting a pivotal role for an environmental factor.” Dr. Chassaing and his team’s research suggests that one of these ‘environmental factors’ might be synthetic emulsifiers.

Now that Chassaing and his team have seen these results in mice, they are designing experiments to discover if emulsifiers affect humans in a similar way. If they do, it could be a huge finding in terms of trying to better understand and prevent obesity and gut inflammation.

One unsurprising finding of this study mentioned by the researchers is that our current methods of testing and approving food additives may not be sufficient to prevent harmful ingredients from entering our food. In other words, the FDA is doing a poor job monitoring what’s allowed in our food. And as we clearly cannot expect them to do so, we’ll have to find ways to monitor what we eat ourselves.

The best way to do this is to make your own food, at home, from scratch, as often as possible. For now, this may be the only way to know exactly what you’re eating. If you do purchase a packaged product, remember that any ingredient you don’t recognize, or doesn’t sound like the name of a food, probably isn’t a great idea to consume.