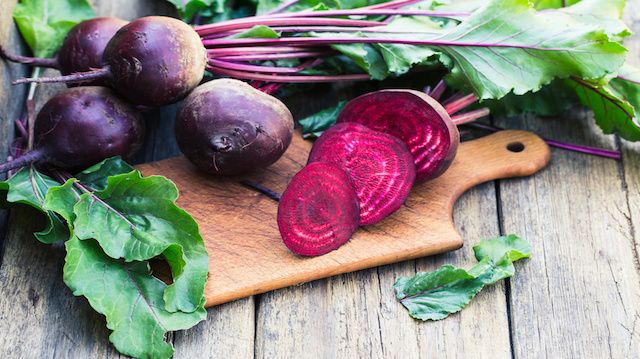 Beets are one of those foods we often shy away from, and many people find them a bit daunting at first. Let’s give the beet a revival — it’s one of the most beneficial foods you can eat, and it’s also one of the most delicious!

Beets are high in betalain, which has been shown to not only help fight cancer, but also to improve oxygen uptake in the body. Beets are a great source of soluble fiber, and act as a prebiotic by feeding good bacteria in the gut. They’re one of the top foods linked to fighting heart disease, liver toxicity, low energy and fatigue, and acidosis.

You can prepare beets in many different ways — here are five delicious options:

Beets taste great roasted. Just cut off the ends, give them a good wash, chop into four to six cubes, and place in a baking pan. Sprinkle with sea salt, black pepper, and maybe some herbs, such as oregano.

Roast at 400 degrees Fahrenheit for 45 minutes. They develop a lovely caramelized flavor this way, and even taste great the next day when added to a salad.

Another simple way to use beets is in soup — just use them like you would other root vegetables, such as potatoes. Cut them as directed above, and toss them in your next soup. When they boil with the other veggies, they soften and become tender.

In a smoothie with cacao

Before you shy away from this one, take note: beets make a great natural sweetener, and they’re often paired with cacao because they enhance the taste of chocolate in a recipe. Ever heard of beetroot chocolate cake? That’s why!

Take one or two small cubes of beets and put them in a blender with two tablespoons of raw cacao, the organic milk of your choice, some spinach, and some ice. This makes a delicious shake that can help keep you full and energized for hours! 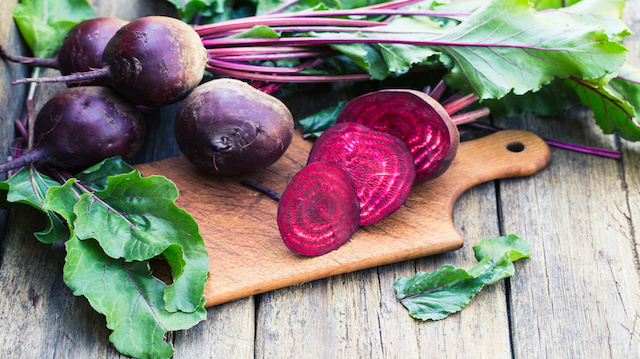 You can use any root vegetable to make fries. Try beets along with butternut squash, sweet potatoes, and jicama. They all make great fries — just cut them into strips, toss them in a bit of coconut oil, season with sea salt and pepper, and bake them on a baking tray for 45 minutes at 350 degrees Fahrenheit.

Beet fries have a nice, toasted, slightly-sweet flavor, and hold up well in the oven when baked this way.

Those who like to juice can also use beets in a green juice. Keep in mind, this does increase your blood sugar a bit, but if you use mostly greens and just half of a beet with other ingredients like lemon and ginger, it can be an overall low-glycemic drink.

Juicing with beets is great because they produce a very sweet juice, and you’ll still obtain some of the fiber — just not as much as eating them in their whole form. Beets are very alkalizing to the body, and they’re a great energizing ingredient to enjoy before a run or right after a workout. This makes them much better than energy drinks filled with sugar and caffeine.

Beet juice has been shown to improve athletic performance due to the high amount of nitric oxide it contains. This helps to enhance energy, oxygen uptake, and red blood cell function.

Do you eat beets, and if so, do you have a tip to make them tastier? We’d love to hear your favorite preparations!