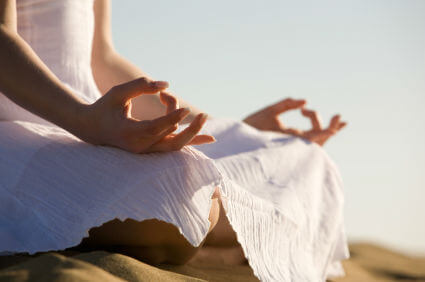 Researchers at the University of Wisconsin-Madison have found that meditation has the potential to increase an individual’s empathy towards others, and can even change brain patterns associated with empathy and compassion.

Study director Richard Davidson and his associate scientist, Antoine Lutz, hope that their results may be especially applicable to reducing instances of childhood bullying, as well as aiding those individuals prone to depression.

Davidson says, “we wanted to see how this voluntary generation of compassion affects the brain systems involved in empathy.”

For their study, Davidson and Lutz worked with 16 Tibetan monks, who had over 10,000 hours of practice cultivating compassionate meditation techniques. They also included 16 individuals of comparable age who had no previous training in meditation. The 16 non-experienced individuals were taught basics of compassion meditation two weeks before the study.

Each of the 32 volunteers were asked to either focus on compassion meditation, or actively refrain from it, during an fMRI. In each state, volunteers were subjected to audio stimuli designed to invoke empathic responses, such as the sounds of a baby laughing, or a woman in distress. Neutral sounds, such as restaurant background noise, were also played as a control.

Scan results showed that the subjects had notable activity in the insula portion of their brains while focusing on compassion meditation and simultaneously being exposed to the emotional vocalizations, especially in the long-term meditators. The insula region plays a significant role in the bodily representation of emotion.

The scans also revealed activity in the temporal parietal juncture of the subjects’ brains, mainly in the right hemisphere. This area of the brain has been implicated by studies as being important for processing empathy, and especially in an individual’s perception of the emotional and mental states of others.

Davidson summarizes, “both of these areas have been linked to emotion sharing and empathy. The combination of these two effects, which was much more noticeable in the expert meditators as opposed to the novices, was very powerful.”

These results support Davidson and Lutz’s theory that people can develop compassion through meditation training. Davidson continues, “people are not just stuck at their respective set points. We can take advantage of our brain’s plasticity and train it to enhance these qualities.”

Regular meditation has also been shown to promote mental clarity, may induce heightened feelings of gratitude and an increasingly selfless attitude, and can aid individuals in ‘de-cluttering’ their minds, promoting a greater sense of peace and contentment.

Davidson asserts that compassion meditation can prove beneficial in promoting more harmonious relationships. He says, “the world certainly could use a little more kindness and compassion.”