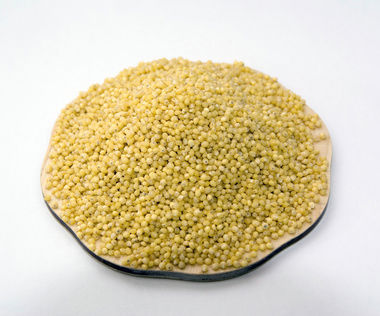 You may have thought that millet was just an ingredient in birdseed, but it is actually a wonderful gluten-free grain that could be just what you need to round out your diet.

Millet contains many important nutrients, such as copper, phosphorus, magnesium, and manganese. In fact, it’s the magnesium content that makes it so valuable for your heart health. In studies, magnesium has been proven to lower high blood pressure and decrease the risk for heart attack. Magnesium has also been shown to decrease the effects of asthma and lessen the occurrence of migraines.

The phosphorus content of millet is important to bone and cellular health. Phosphorus is a vital component in the formation of the bone mineral matrix. It is also an essential part of the nucleic acids that function as building blocks of genetic code.

Also worth mentioning is that millet is a good source of fiber, which plays a role in the prevention of many health issues.

According to the findings of the Black Women’s Health Study that was published in the journal Diabetes Care, whole grain diets rich with magnesium and calcium can lower the risk of type 2 diabetes by 31 percent. The study also looked at the benefits of dietary intake of magnesium by itself, and still found a 19 percent decrease in the risk of developing type 2 diabetes.

Findings from the UK Women’s Cohort Study showed that pre-menopausal women significantly lowered their risk of breast cancer by eating a diet rich in fiber, such as from fruit and whole grains like millet. For women who ate at least 30 grams of fiber daily, the risk of developing breast cancer was cut in half, compared to women who only ate 20 grams or less a day. 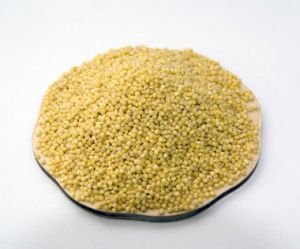 Though it is technically a seed, from a culinary perspective millet is considered a grain. The texture and consistency of millet depends on the method of cooking that you choose. It can be puffy like rice or creamy and whipped like potatoes. Best of all, millet has no gluten content so it is perfect for people who are sensitive to gluten – and for all those who wish to avoid gluten’s potential ill effects.

Millet can be enjoyed as a breakfast porridge, or added into baking recipes. It also works well as an addition to stir fry meals and baked casserole dishes.

As with anything in life, moderation is always best. While millet does not contain any commonly known allergens, it does contain goitrogens. It is possible that large quantities of goitrogens could suppress thyroid activity and possibly lead to the formation of a goiter. If you have thyroid issues, it may be wise to speak with a doctor first.

What’s your favorite way to feature millet in your meals?