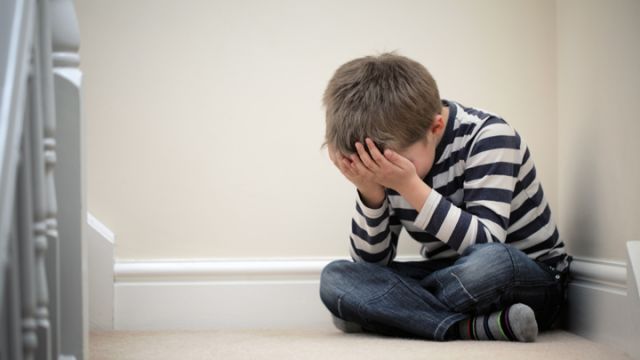 No one said being a parent was easy. It can be stressful and push all of your buttons. But part of parenting means staying calm and keeping a cool head. And that can be difficult in the best of times. Yet, with a little careful thought you can improve the way you speak to your kids, and in turn, make them feel happier, smarter and more confident.

Calling your kid stupid is a form of verbal abuse. The sting of being told you’re stupid by a beloved parent has ramifications that can last into adulthood. Phrases like this creates a negative self-image suggests Health Daily. This is the most common and pervasive effect of verbal abuse. Your child may say things like, “I’m stupid,” or “nobody likes me.” Or he may simply seem withdrawn, sullen or depressed, all of which can be signs of a low self-image.

While it may seem harmless, this phrase does two-fold damage. It knocks down your child and his dad or mom in one punch. No child wants to hear negative things said about their parents. It’s uncomfortable, and if a child has been labeled as being “just like his dad,” he will feel anger and shame when Dad is criticized suggests Empowering Parents.

3. You never do anything right.

Telling a child they can’t do anything right or calling them a screw up or idiot is demeaning to say the least. Once again, these things are said to make a child feel shame, or to put them in their place. Though many people think shame is a good way to punish kids, it’s not — and it offers nothing in the way of teaching a child new skills. In fact, it has the opposite effect, says Empowering Parents. It may cause a child to withdraw, and make him or her less capable of making the right decisions.

While “good job” seems “praiseworthy,” generic compliments actually make a child feel fragile and defensive suggests Scientific America. Praise is valuable tool but it needs to be carefully worded. Instead of generic praising, focus instead on the specific process a child used to accomplish something, which in turn will foster motivation and confidence such as, “You did a good job drawing. I like the detail you added to the people’s faces.”

If you’re on a diet, keep it to yourself. If your child hears you talk about being “fat,” and sees you weighing yourself daily, she may develop an unhealthy body image, suggests Dr. Marc S. Jacobson, professor of pediatrics and epidemiology at Nassau University Medical Center, for Parent Magazine. Instead, say, “I’m eating healthy because I like the way it makes me feel.” Use the same tact with exercising. Rather than “I need to exercise,” which may sound like a complaint, say “It’s beautiful outside, I’m going to take a walk. ” She just may decide to join you.

Dr. Erica Reischer for Physiology Today says shame-inducing phrases, like this one, tell your kids that you think they are flawed. It is focusing their attention on what is wrong with them as a person, rather than on what they can do differently to create a more positive outcome.

Over time, negative phrases will likely sever the trust and respect in your relationship with your children. So stay positive!