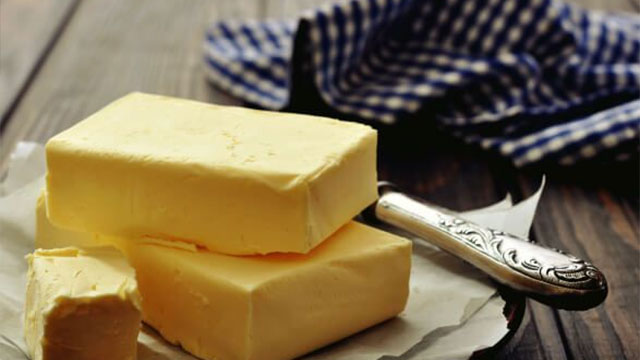 Many people are coming to accept that butter is a health food, but some of us may still be tempted to purchase non-organic butter because it’s less expensive.

Because organic butter is free from antibiotics, GMOs and pesticides, it’s a much better choice than conventional butter, margarine or other substitutes, regardless of price.

Tempted to grab a package of non-organic butter from the cooler shelf on your next shopping day? Don’t do it. Organic butter may be more expensive, but its benefits over conventional butter and other alternatives make it a wiser choice in terms of our overall health, the environment, and dairy cows themselves.

Butter has long been touted as an enemy to our health — a big no-no for those of us watching our weight or concerned for our heart health. As a result, there was a push for the consumption of margarine and other butter alternatives over the past couple of decades. However, these alternatives are anything but natural. In fact, margarine is made from trans-fat, which has been shown to raise levels of bad cholesterol. In contrast, butter has a number of vitamins, minerals and fatty acids that, believe it or not, make it a healthy addition to our diets, especially when it’s organic.

It may seem self-evident that organic butter is made from organic milk, but the vast amount of regulations that govern organic farming are often a mystery to many of us.

In order to acquire the organic label, livestock must not be given antibiotics, growth hormones, or parasiticides (a medication that destroys parasites). All organically raised livestock must be given organic feed, and that means no GMOs.

Organic farmers engage in natural methods of disease prevention, such as rotational grazing, which means the milking cows are required to be put out to pasture for at least four months of the year. Not only does this make for physically healthier cows, but it’s also a far more animal-friendly way to produce milk, butter, and other dairy products.

In contrast, conventional milking cows may be kept exclusively indoors and are often given antibiotics, growth hormones and GMO feed. In today’s world, where antibiotic-resistant bacteria is a growing problem, and children are maturing faster than ever before, organic butter is definitely worth the extra pennies on shopping day.

Just like humans, cows are more likely to become ill when stressed. Cows are meant to be outdoors, grazing on pesticide-free grass and absorbing natural vitamin D from sunlight. When cows are kept predominantly indoors, they experience a large degree of stress, and the crowded conditions can lead to a very quick spread of illnesses. To mitigate the effect of keeping cows in such unnatural conditions, conventional farmers give cows antibiotics even before they become ill.

A study published in the journal Microbiology investigated the effects of antibiotic exposure in human beings. Researchers found that antibiotics have both short-term and long-term impacts on the microbiome. The microbiome consists of all the beneficial bacteria living in our gut. When this bacteria is killed off by antibiotics, we are at an increased risk of developing health problems and even resistance to antibiotics. The scientists involved in the study found that it is best to limit our exposure to antibiotics, and this includes outside sources, such as antibiotic remnants present in conventional butter.

The USDA has been a trusted source for the regulation of agriculture since its founding in 1862. Although it comes under fire from bloggers from time to time, the fact that the production of organic dairy often exceeds all of the USDA’s organic regulations is worth noting.

The USDA’s National Organic Program takes organic integrity very seriously and regulates farming down to small details, such as how equipment is handled and cleaned to ensure that no inorganic material enters into the production cycle. Many organic farmers take these regulations even further, producing organic butter and other dairy products that are significantly healthier than other options. 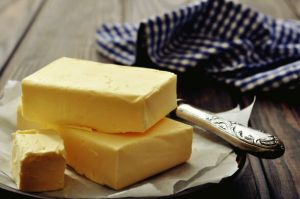 In addition to the health of our bodies, organic dairy production is also very good for the environment. It is well documented that conventional farming allows for the use of pesticides on crops. So even if milking cows on a conventional dairy farm are not treated with antibiotics, the food they are consuming is likely to contain pesticides.

In contrast, organic farms help promote biodiversity. Studies have shown that organic farms and dairies have a much lower impact on the surrounding soil and waterways than conventional farms.

One such study, published in New Phytologist, presented evidence that organically managed fields and pastures had a much lower impact on belowground fungi than conventional farms. Increased biodiversity is a very positive side effect of supporting organic dairy farmers, making organic butter worth the extra money.