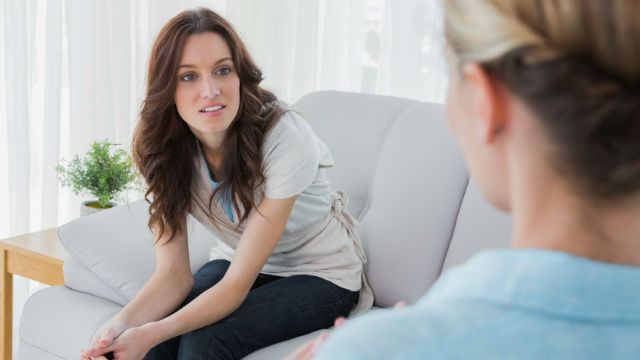 Mindfulness, an ancient technique (and key aspect of meditation) that trains the mind in stillness of being and present focus, has numerous important health benefits – physical, mental and emotional. Researchers from various fields have recently been exploring these benefits, with some very positive documented outcomes.

A new study performed by University of Utah researchers found that Mindfulness-Oriented Recovery Enhancement (MORE), a program based on the ancient principle of mindfulness, had significant and lasting effects on easing chronic pain, and also helped reduce dependence on opioid painkillers in many cases.

Prescription opioids have become a huge public health issue in the United States in recent years. They are the most common drug prescribed to the third of the American population that suffers from chronic pain, and are also one of the most addictive, abused classes of drugs in existence.

According to statistics compiled by the Centers for Disease Control and Prevention (CDC), opioid overdoses have tripled in the past two decades, and killed over 15,500 people in 2009.

These scary statistics have prompted many researchers and health professionals to seek better ways to control pain. According to lead researcher Eric Garland, “mental interventions can address physical problems, like pain, on both psychological and biological levels because the mind and body are interconnected. Anything that happens in the brain happens in the body – so by changing brain functioning, you alter the functioning of the body.”

The MORE technique was designed to train individuals to alter their responses to stress, pain and painkillers. The technique consists of mindfulness training, which includes: gaining control over automatic responses to become more aware of both internal and external environments; reappraisal, which involves seeing the positive purpose in negative events; and savoring, which consists of focusing on positive things instead of dwelling on pain or negative emotions.

During the course of the study, 115 sufferers of chronic pain were either assigned to eight weeks of MORE training, or to a standard support group. At the beginning of the study, almost 75 percent of the volunteers admitted to using opioids in ways other than prescribed.

Study results showed that the participants who had undergone the MORE training reported 22 percent less “pain-related impairment” than those in the support group. These effects were still consistent after a three-month follow up.

Additionally, the researchers found that the MORE participants had a 63 percent reduction in instances of opioid misuse after the training, while only 32 percent of the support group participants reported this effect.

This new and encouraging study is just the latest of many studies discovering the benefits of mindfulness. Another study, published in January of 2014 and performed by Johns Hopkins University researchers, reviewed 47 clinical trials which involved over 3,500 participants with histories of anxiety, depression, insomnia and other medical or psychiatric conditions. The researchers found that in these trials, “training in present-focused awareness or mindfulness” was comparably effective to prescription antidepressants.

Specifically, the mindfulness training showed approximately 52 percent less depression in the participants, compared to control groups. In the case of anxiety, the improvement was 44 percent, and as far as pain, 31 percent. The mindfulness training programs used in the studies generally consisted of eight week programs, with 20 to 30 hours of training in total.

The results of these – and many other – studies signify great hope for natural, drug-free solutions to a wide variety of ailments. They are beginning to show scientifically what ancient cultures who treasure these techniques have known for thousands of years – that the simple practice of mindfulness truly can heal the body and the mind.