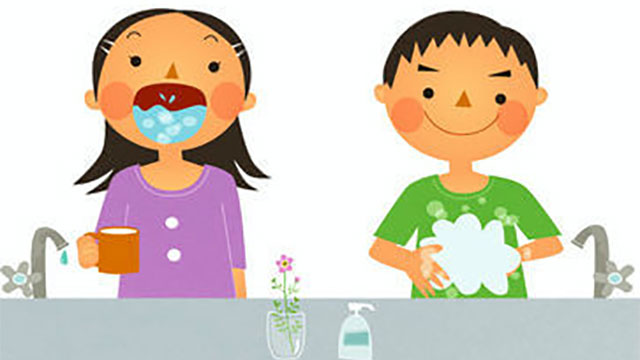 Good oral care is essential for optimal health. Rinsing out the mouth with a mouthwash is considered to be important for good oral hygiene, but store bought chemical mouthwash is filled with potentially harmful ingredients like thymol, which is known to be dangerous to the environment as well as to aquatic organisms, and hexetidine, considered to be carcinogenic.

In addition to avoiding possible toxins, you might also save some of your hard earned cash and even see better results by making your own mouthwash.

In fact, studies have shown that using turmeric as part of a mouth cleansing solution can be more effective than a chemical mouthwash. A 2012 study , published in the Journal of Indian Society of Periodontology, found that turmeric extract, was at least as effective as chlorhexidene mouthwash in improving a patient’s oral health. The curcumin in turmeric acts to disrupt the cycle of dental plaque formation.

Research has found that turmeric extract and turmeric oil may reverse precancerous changes in oral submucous fibrosis in humans and even kill oral cancer cells.

If you’d like to preserve the health of your mouth – which is also essential for overall health – consider using one of these natural mouthwash solutions instead of what you’ll find on most drugstore or grocery store shelves.

Use 10 mg of turmeric extract dissolved in 100ml, or a little less than a ½ cup of water. A drop or two of peppermint oil can be added for flavoring; alternatively, you can just stir a little turmeric powder into warm water. Either will result in an outstanding mouthwash for treating inflamed gums and even relieving a toothache.

If you’re concerned about turmeric yellowing your teeth, just brush with a baking soda paste. Combine some water and baking soda and brush your teeth for about a minute, rinse well with water to remove all of it. Don’t do this more than twice a week as the baking soda is abrasive and can erode enamel if used too often.

Mix about 1 cup of water with 2 tablespoons of apple cider vinegar; swish the mixture in your mouth and spit out like you would with a traditional mouthwash. This works as an antiseptic that will break down plaque and bad breath-causing bacteria.

Create an herbal infusion using 2 cups of boiling water, ½ ounce of whole cloves, 1 ounce Oregon grape root and 1 ounce of dried rosemary; combine ingredients in a pint-sized jar, like a mason jar, and store overnight. Strain ingredients using a cheesecloth, and save the remaining liquid to use as mouthwash. The mixture should be stored in the refrigerator.

This is an excellent mouthwash that has both antifungal and antibacterial properties. Use a small mason jar to blend ½ cup of water, 2 teaspoons baking soda, 2 drops tea tree essential oil and 2 drops of peppermint essential oil. As the baking soda tends to settle at the bottom of the jar, shake the solution before each use.

Try one of these solutions and you’ll probably never go back to buying that expensive, often hideous tasting, chemical laden mouthwash again!