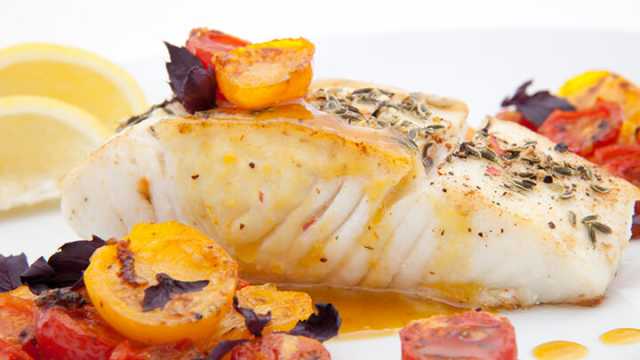 Bottom-feeders. You’ve been taught to revile the name. Its mention has you curling your lip and culturing a look of disgust. These two words have been ingrained within your conscience to conjure up unpalatable visions. Things crawling among the filth of the lake or ocean floor, soaking up the collective waste of the water bodies they eek their pitiful existence in.

It seems reasonable to assume that you’d be far better off going for those aquatic creatures which live above — closer to the light. It stands to reason that such animals would be happier and healthier in the cleaner, clearer parts of the lake, river or ocean. The health of those animals would then pass into you when you eat them. Simple as that.

Plus, let’s face it, that subconscious aversion to things which we perceive as dirty is very much at play. The way you see it, an animal which spends its life on the lake floor or seafloor must be dirtier than the clean, crisp salmon cruising above.

But as with many misconceptions instilled into us by modern society, those poor bottom-feeders might deserve far more credit than you give them. Many of the water-based animals which you now consider to be healthy are in fact bottom-feeders, though it’s likely that you’ve not yet made that connection. Animals like sardines, anchovies, mackerel, squid, octopus, shrimp and shellfish are all classified as bottom-feeders. And they’re amongst the most healthy foods on the planet, both in the water and out.

Let’s get to the bottom of things (surprisingly, pun unintended) and sort out fact from fiction. Should you be eating bottom-feeders, or avoiding them like the dirty scavengers we think them to be?

A bottom-feeder is any aquatic animal which spends some or all of its life feeding on or near the bottom of a water body. This could be a lake, river, ocean or even a teeny tiny pond in your backyard!

Common bottom-feeding animals include crabs, lobster and crayfish, shrimp, shellfish, sea anemones, snails, starfish and sea cucumbers. Some of these you’d eat, some you’d consider a delicacy and pay a small fortune to eat, and some you wouldn’t touch with a ten-foot pole!

In the fish world, bottom-feeders include:

Probably a larger group than you expected, right? So, after the startling revelation that you’ve been eating bottom-feeders all your life, let’s get into the nitty gritty. Here’s a rundown of which bottom-feeding species provide a net benefit for your health, and which you should probably avoid.

The shellfish family is probably quite a bit broader in scope than you suspect. Yes, it includes all the regulars like mussels, oysters, scallops and clams. But it also includes animals like shrimp, lobster and crayfish… crazy, right?

As a general rule of thumb, shellfish are amazingly good for your health. The fact that they spend their lives immersed in mineral-rich waters means they’re fantastically nutrient dense. In many cases, shellfish provide vitamins and minerals which you’d be hard-pressed to find in any land-based animal or plant. And because you generally eat the whole animal (not a particular section like with beef or chicken), you’re getting the full spectrum of nutritional goodness from your mussel or oyster.

Clearly, shellfish bust the “bottom-feeder, no thanks!” mentality right out of the water. But let’s get down to specifics for a minute. 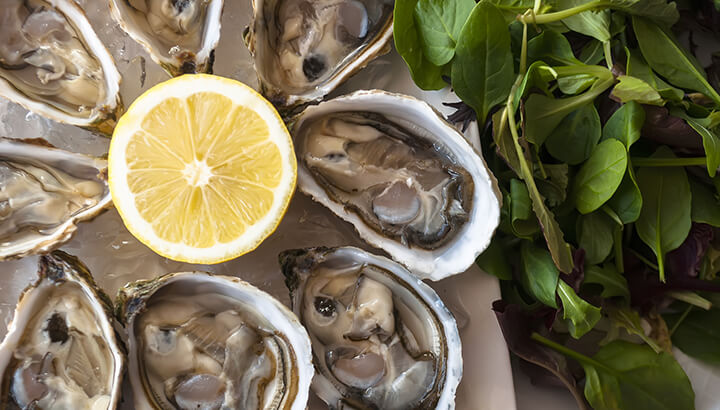 Perhaps the heaviest hitter of the shellfish family, oysters truly are a superfood. Unlike many other overpriced “delicacy” foods, oysters are well worth the extra bucks you fork out at the restaurant. They’re the most nutrient dense of the shellfish. They are a great source of zinc, B-vitamins, vitamin A, vitamin E, copper and selenium.

As if that wasn’t enough, oysters provide an almost unparalleled concentration of anti-inflammatory omega-3 fatty acids. They also come loaded with protein and healthy fats.

Not too far behind the fabled oyster is the humble clam. Aside from the fact that (in my opinion) they taste considerably better than the snot-like oyster, they’re also a nutritional powerhouse. Clams have plenty of vitamin A, vitamin B12, selenium, magnesium, iron and omega-3s. They’re also super protein-rich, so there’s really no reason why you wouldn’t eat them!

Like oysters and clams, mussels punch well above their weight. Not only are they amazingly rich and delicious in a nice white wine or garlic sauce, they also have plenty of nutrients and antioxidants. These include folate, thiamine, riboflavin, magnesium, iron, manganese, selenium and zinc. Many of these are really difficult to obtain from other food sources, making them an important go-to within your weekly diet. 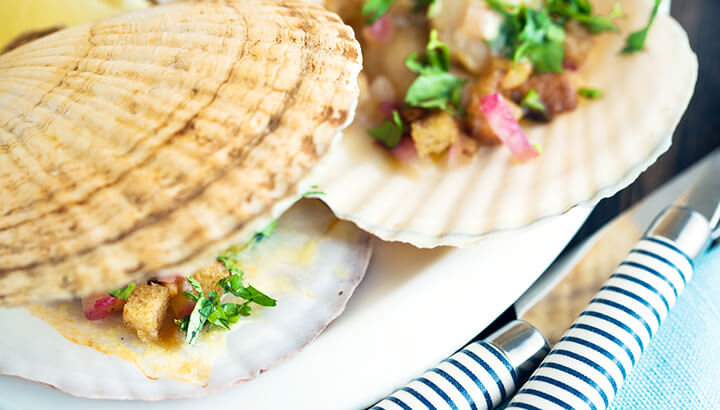 Few people can deny the taste sensation that is the scallop… especially if it’s wrapped in bacon! With something that tastes so good, you’ll be pleased to hear that scallops are an excellent nutritional choice. They contain loads of vitamin B12, magnesium, selenium, and zinc. Throw in plenty of protein and omega-3 fatty acids, and you’ve got a winner.

When you think about it, lobster, crab and crayfish are kind of like the pigs of the sea. They’re skilled foragers and will eat almost anything they come across… including other dead animals. Does this make them bad to eat? No! With pigs, if they’re allowed to roam and forage for the foods they want, their meat is amazingly nutritious. So too with these members of the phylum Arthropoda, which are always wild caught (aside from some crayfish, but these farmed varieties are generally okay to eat as well).

Provided you source your lobster, crayfish or crab from healthy waters (that generally counts out any varieties caught in Asian waters), you’re doing your health a favor. These guys all provide plenty of magnesium, selenium and zinc, plus good levels of omega-3s and plenty of easily-digestible protein. Don’t be shy about dousing your lobster in a dollop of good grass-fed butter, either!

While shrimp doesn’t really compare to other shellfish in terms of its nutritional properties, it’s still a good source of protein. It also has decent levels of selenium and calcium, and is a good source of iodine and B vitamins. Certainly, you could do worse than to eat shrimp, but you need to make sure you source good quality varieties. This includes wild-caught shrimp from the cold, clear waters of the Pacific Northwest, and American farmed shrimp, which is raised surprisingly well. Look for packaging which promises sustainable harvesting. 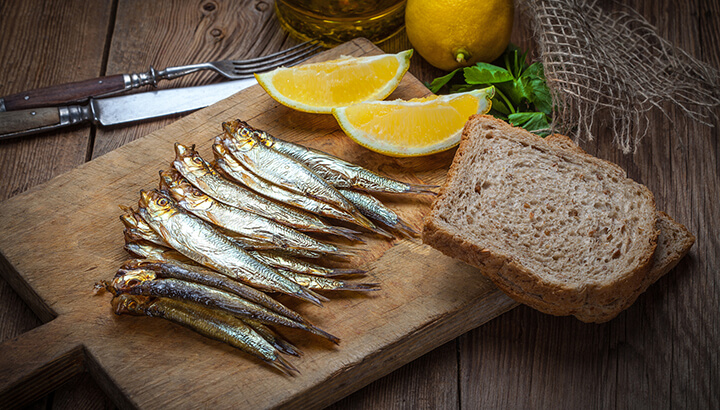 You’ve probably heard by now that cold-water, oily fish are good for you. This is doubly true for bottom-feeding fish like sardines, mackerel and anchovies. That’s because their small size means they’re less capable of bioaccumulating heavy metals like mercury. You’re much more likely to get heavy metal poisoning from large predatory fish like tuna or salmon than these little critters.

Aside from the fact that these fish are amongst the most sustainable species to eat, they’re also ridiculously nutritious. They contain very high concentrations of heart-healthy omega-3s, plenty of protein, lots of calcium, and plenty of other important vitamins and minerals. Once again, they run circles around the “bottom-feeder is bad” theory.

Cod and pollock are similar in that they are both lean, white, firm, wild-caught fish. Because they’re almost always wild-caught, their meat is generally clean and relatively contaminant free. On the other hand, because they’re lean fish, they’re relatively devoid of the nutrients found in fattier fish, such as those listed above. They are, however, a good clean source of protein and they do have reasonable levels of selenium and B-vitamins. And cod liver, as it happens, abounds with nutrition! As far as occasional meals go, they’re a good choice.

Keep in mind, however, that cod has a particularly nasty history of being overfished. For that reason, only choose cod which is guaranteed to have been caught sustainably.

Unfortunately, while tasty, these two species of bottom-feeding fish aren’t recommended. Due to their highly unsustainable fishing track record and the fact that the common Atlantic varieties tend to be contaminated with heavy metals, they should be avoided if possible. 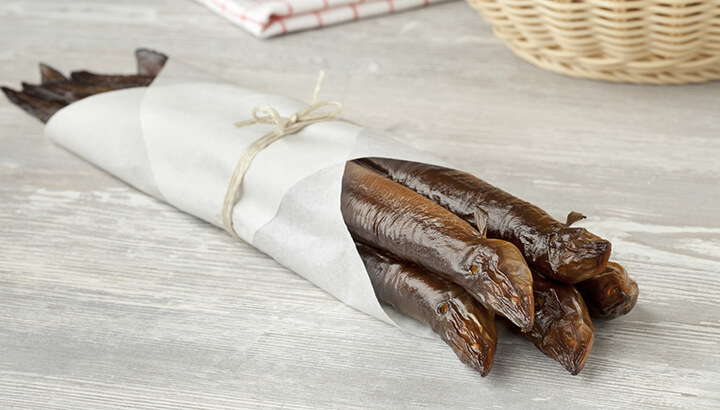 The American eel, otherwise known as yellow eel or silver eel, is also generally one to avoid. American eel is often found in sushi in the U.S. and is generally very high in PCBs and mercury. Add to that the fact that American eel fisheries are poorly managed, and you’ve got a good reason to avoid these slippery characters.

Our aversion of bottom-feeders doesn’t just apply to water-dwelling animals. For thousands of years, much of the Western world has avoided and reviled pigs due to their wide-ranging diet. It’s time to shake things up a little, people — pastured pork is good for you!