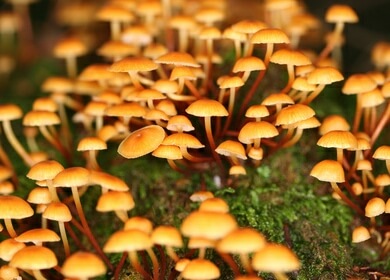 Every tissue within the human body requires vitamin D to work properly. Without enough vitamin D, we become deficient and our health suffers. Vitamin D is needed for optimal bone and muscle strength, the nutrient also plays an essential role in modulating our immune system and fighting off infections like the flu.

Research indicates that this powerful vitamin works to retard the growth of cancer cells, protects us from cardiovascular disease, depression and even diabetes. According to health professionals, the body requires 4,000 IU’s of vitamin D per day to maintain health. Most Americans do not get nearly enough, and supplementation is often recommended.

Vitamin D is a chemical compound that exists in the outer layers of our skin. With exposure to UV-B radiation (sunlight), it is converted to vitamin D3. We can only make vitamin D when we expose our skin to UV-B radiation. It is very difficult to get enough vitamin D from food sources alone. Few foods contain enough vitamin D to supply the body with what it needs. The exceptions to this are wild caught fish and some sun-dried mushrooms.

New research out of Boston has taken what has been known about mushrooms and vitamin D a step further. It has been well researched that mushrooms contain vitamin D2 and D4. However, what researchers have now determined is that some mushrooms actually contain D3, the vitamin type found in human skin. 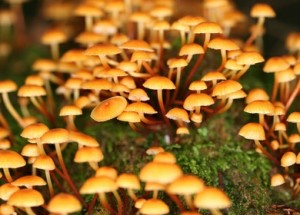 Mushrooms make vitamin D2 in a similar way to how the human skin produces D2. After sun exposure, mushrooms contain high amounts of not only D2, but some also contain D3 and D4. Researchers found that study participants who consumed 2000 IU’s of mushroom powder containing D2 for 3 months during the winter has similar vitamin D level readings as those who consumed a D supplement. Researchers are encouraged that mushrooms exposed to ultraviolet light are a suitable source of vitamin D2 and can, in fact, improve the overall D2 levels of individuals in good health.

These results are in line with other supporting research that has found such foods as fortified orange juice to be effective in raising and sustaining adequate levels of vitamin D.

For those who suspect they are deficient in vitamin D and are searching for a natural boost, mushrooms, readily available in most supermarkets are a great option. Mushrooms are fabulous added to fresh salads, stir fry or even sauteed.