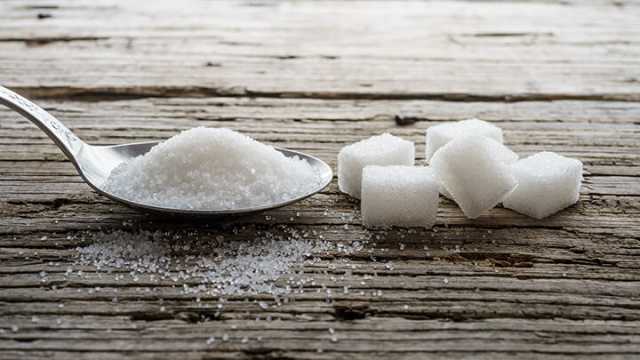 Sugar is an everyday part of life. You mix it into your morning coffee, slurp it back in your morning glass of “healthy” orange juice and munch on it with your bowl of “healthy” cereal. And that’s just for breakfast!

How sugar sneaks into your day

Whether we’re aware of it or not, our bodies and brains are addicted to sugar. If you think, really think, about how much sugary stuff you eat each day, you start to get some idea. After your sugary breakfast, you might stop off at Starbucks or your local go-to coffee joint for another cup of Joe and perhaps a tasty pastry or doughnut. Sugar. But what if you opt for the “healthier” bran muffin instead? Sugar.

Next, it’s lunch time. Perhaps you got lazy the night before and didn’t get around to making your lunch for the next day. You pop down to the local Thai joint for what you perceive to be a healthy takeaway stir-fry. Ever wonder why that stir fry sauce tastes so damn good? Sugar! But let’s say you’ve made the right move and made a nutritious salad for lunch instead. It’s all going well until you drizzle on some of that store-bought salad dressing in the office fridge. If you looked at the ingredients of that dressing, you’d probably find that sugar was one of the key ingredients. 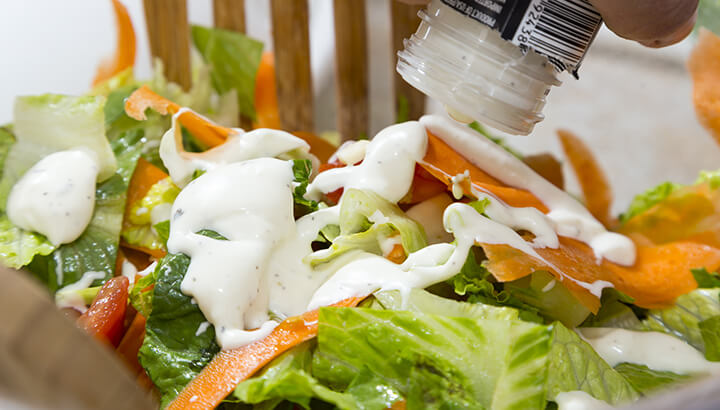 I could go on, but hopefully, you’ve got the point by now. It’s no surprise that as a nation, we’re eating too much sugar. Way too much. While many people might view sugar as simply an occasional treat, it has made its way into every meal, snack and drink we consume each day. Our bodies were not designed to deal with this virtual mountain of sugar.

Sure, most Americans are now aware that they need to be cutting back on sugar where possible. But the mainstream establishment hasn’t done the best job of highlighting just how damaging sugar really is. In high doses, sugar is poison. And when you realize just how many foods and drinks you can find sugar in, it’s clear that we’re poisoning ourselves every single day.

Why Americans are eating too much sugar

Estimates on just how much sugar the average American consumes each day vary. But most agree that the range is between 22 and 32 teaspoons for adults. For children, this figure is much worse, with estimates of sugar consumption at 34 teaspoons daily.

The USDA reports that Americans consume around 156 pounds of sugar annually. Taken by itself, this might not seem overly alarming. But when you consider that the average Englishman in the 18th century only consumed four pounds of sugar per year, that’s an astronomical increase in less than 300 years. The human body cannot evolve over such a short space of time. Therefore, it’s fair to say that our digestive systems haven’t been able to keep up with this vast increase in sugar consumption over the years. 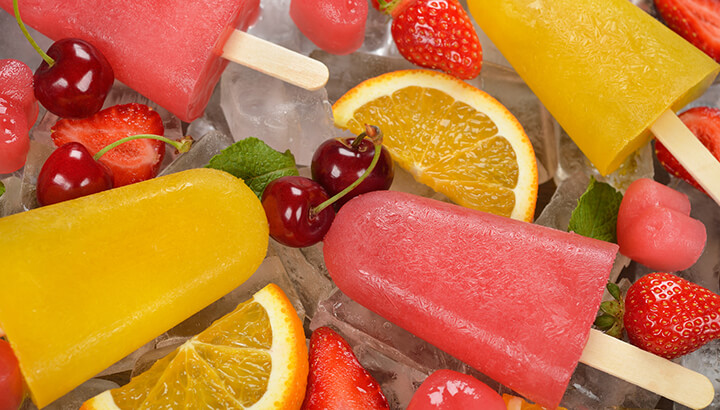 Perhaps worse is the fact that the sugar we’re consuming isn’t even good sugar! Our 18th century Englishman would have received most of their four pounds of years sugar from whole food sources, like fruit. Today’s American gets the bulk of their sugar from artificial sources and high-fructose corn syrup. These sugars are cheaper for food manufacturers to produce, yet are many times sweeter than table sugar. This makes them highly addictive. It also makes it a whole lot harder for our bodies to break them down into anything useful.

It’s this dramatic increase in sugar consumption, along with a move towards more harmful types of sugar in processed foods, that is literally killing people by the thousands and making millions more very, very sick. A very conservative estimate places worldwide deaths directly related to sugar-sweetened beverages at 184,000. In reality, that figure is probably much higher. And remember, this is only with regards to sweetened beverages. When you tally up all of the other sugary foods and drinks we eat every day, you can start to appreciate just how big of a problem sugar really is.

Here are some of the side effects of eating too much sugar:

Perhaps the most damaging side effect of eating too much sugar is its impact on insulin. Insulin is a critical hormone produced by the pancreas. It allows your body to utilize the sugar (glucose) from carbohydrates you eat in order to provide your cells with energy or to store the glucose for future use. Essentially, insulin helps to moderate the ebb and flow of glucose within your bloodstream. This ensures that your glucose levels never get too high or too low.

If you eat too much sugar over a period of time, your cells can become resistant to insulin. With constantly elevated sugar intake, insulin has to work overtime. Eventually, your cells get sick of insulin knocking on their doors at all hours. The resulting insulin resistance can lead you to develop hyperglycemia, which means you have toxically elevated levels of glucose floating around in your bloodstream.

The research backs it up

While many other diet and health issues continue to cause controversy and debate within the scientific community, there’s absolutely no doubt on this one. A 2015 study published in the FASEB Journal showed that overweight teenagers who were told to replace their sugar-sweetened beverages with bottled water for one month had significant improvements in insulin sensitivity and marked reductions in blood sugar.

Another article, which examined a wide range of other scientific studies on excessive sugar consumption, concluded that “short-term fructose consumption, in isocaloric exchange or in hypercaloric supplementation, promotes the development of hepatic insulin resistance in nondiabetic adults.”

The insulin resistance caused by excessive sugar consumption is a major precursor to a range of serious, and often life-threatening, health conditions. We’ll explore these in more detail in the following sections. 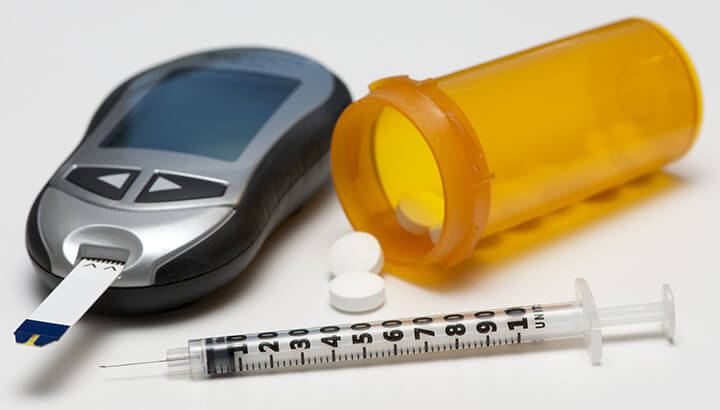 You knew it was going to come up at some point in this article, right? Yes, everyone knows that sugar can cause diabetes. But few people realize just how easily diabetes can occur with just a few extra hidden teaspoons of sugar in their diet every day. And those who suffer from diabetes are often in denial of how they came to be in such a sticky (pun intended) situation. Here’s the lowdown on sugar-induced diabetes.

As explained earlier, chronically elevated levels of blood glucose (caused by drinking too much orange juice or eating too many pastries, for example) can result in insulin resistance. While this resistance is temporary, repeatedly exposing your system to excessive sugar can switch your cells into full-time insulin resistance. This creates a serious problem, whereby these cells stop processing sugars. This glucose begins to accumulate within your blood instead. At these elevated, hyperglycemic levels, things turn nasty. It’s fair to say that you don’t ever want to find yourself in this situation.

The research on sugar and diabetes

While it’s unrealistic to say that sugar alone is the sole cause of diabetes — especially type 2 — there is no doubt that it raises your risk of developing this awful disease. A 2010 study published in the Journal of Diabetes Care showed that adding just one serving of a sugar-sweetened beverage to your diet each day increases your risk of developing diabetes by 15 percent.

Another 2004 study concluded that “higher consumption of sugar-sweetened beverages is associated with a greater magnitude of weight gain and an increased risk for development of type 2 diabetes in women.”

Researchers are starting to get some idea of just how much harm eating too much sugar can do to your brain. A study published in the Journal of Neuroscience used mice to demonstrate the negative effect that sugar consumption has on cognitive function. Researchers found that mice who were fed a high-sugar diet experienced changes in their gut flora, which in turn led to a significant loss of cognitive flexibility. Researchers found that the high-sugar mice also had impaired long-term memory, short-term memory and reversal training.

A 2012 study published in the Journal of Physiology demonstrated similar findings. Researchers fed rats a fructose solution (similar to a can of Coca-Cola) as drinking water for six weeks. Afterward, researchers tested the rats for their ability to remember their way out of a maze. The group of rats given fructose showed large reductions in cognitive abilities, demonstrated by an inability to find their way out of the maze. The rats’ brain cells had difficulty signaling to each other, impairing their ability to think and recall the route they just learned.

It’s not difficult to imagine how these findings can be applied to our own human minds. Sugar clouds the mind and inhibits your ability to think clearly and act logically. Just another reason to stay away from the Coke and sugary snacks — if you want full access to your mind!

Saying “no” to sugar could be easier than you think. Here are a few tips to help you do just that.