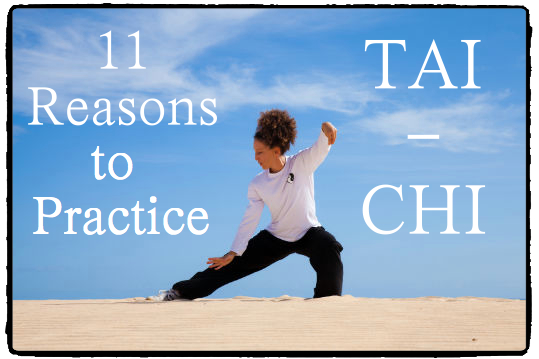 Modern medicine has provided some very important advances and knowledge, but sometimes ancient practices are still just as effective, if not more so. Such is the case with the practice of tai chi, which is recognized as powerful and effective by most medical practitioners. Tai chi can provide a wealth of benefits for your health. Here are just a few for you to consider:

Helps with weight loss
A typical 30-minute session of tai chi burns approximately 150 calories on a person with roughly 155 pounds of body weight. While this may not be as big a calorie burn as you might see with vigorous exercise, you also have the added benefit of stress reduction. This fact is important because of the correlation between high stress and overeating.

If you were to participate in 30 minutes of tai chi every day for a year, you would burn approximately 54,750 calories in that year, which converts to around 15 pounds of weight loss.

Maintains bone density
Six studies by Harvard researchers have proven that tai chi is not only safe, but it also provides an effective way of maintaining bone density for women who have gone through menopause. In a collaborative study between South Korea and the United States, it was found that women with osteoarthritis who participated in tai chi for six months had increased flexibility and strength while also increasing bone density.

The 2010 study conducted by Chungnam National University in Daejeon, South Korea, took 82 participants from various community health centers and outpatient clinics and assigned them randomly to either a tai chi program group or a control group.

At the end of a six-month period, participants in the tai chi program showed an increase in walking strength and significantly improved bone mineral density.

Improves heart health
In a review article in the Journal of Evidence-Based Complementary and Alternative Medicine, it was explained by physicians from the Kaohsiung Medical University and others, that tai chi provides a light to moderate exercise that is safe for patients with cardiovascular issues. In the article, it was expressed that tai chi training provides significant heart health benefits for common cardiovascular risk factors. Tai chi enhances aerobic capacity, psychological well-being, balance, and muscular strength.

In a study by researchers at the Division for Research Education in Complementary and Integrative Medical Therapies at Harvard Medical School, 30 heart failure patients were put on a 12-week regimen of tai chi to determine the effects on their exercise capacity and quality of life.

The patients were randomly assigned, and either participated in the tai chi or received usual care and pharmacologic therapy and exercise counseling. The study findings showed the tai chi group had improved quality of life scores, could walk six minutes further, and had lowered serum B-type natriuretic peptide levels when compared to the results of the control group patients.

In a separate study by researchers at the Royal Hallamshire Hospital in Sheffield, U.K., 126 patients who had suffered acute myocardial infarction were randomized between Wu Chian-Ch’uan style tai chi, a non-exercise support group, or a group for aerobic exercise. Subjects were actively involved with their group twice a week for three weeks, and then participated once a week for an additional five weeks.

In a study conducted by UCLA, older adults were asked to take part in a 15-week tai chi class. Following their participation in the class, participants were administered a shingles vaccination. A full 50 percent of subjects had improved immune system function following the tai chi class.

“Our findings offer a unique and exciting example of mind over matter,” said researcher Dr. Michael R. Irwin, a professor at the UCLA Neuropsychiatric Institute and director of the Institute’s Cousins Center for Psychoneuroimmunology. “A large body of research shows how behavior can negatively affect the immune system and health, but ours is the first randomized, controlled study to demonstrate that behavior can have a positive effect on immunity that protects against shingles. The findings are particularly noteworthy as Tai Chi Chih or ‘meditation with movement’ increased immunity in older adults who are at risk for herpes zoster.”

In a different study by researchers at the University of Wisconsin, a group of 154 adults were randomized into one of three groups. They had a group for mental health that participated in a course for mindfulness-based stress reduction. Another group looked at physical health and was put on a regimen of exercise. The last group was only observed as a control group.

Over the course of eight weeks, the subjects were monitored with bi-weekly phone calls to discuss if they felt like they might be getting sick with a cold. Subjects recorded visits they made to healthcare facilities or days they had to miss school or work.

Decreases pain and improves flexibility
Tai chi is famous for gently moving all joints, tendons, and muscles throughout the entire body. This gentle, controlled movement increases flexibility and strength with the added benefit of decreasing the occurrence of falls. Greater flexibility means less stiffness and reduced pain for people, particularly those with arthritis.

In a 2003 study by researchers from the Soonchunhyang University in Cheonan, South Korea, 72 patients were randomly divided into two groups to study the effects of tai chi on the pain, balance, and muscle strength of older women with osteoarthritis. Many variables were taken into consideration, such as fitness, physical symptoms, cardiovascular functioning, body mass index, and physical functioning difficulties.

The pretest measurement showed no significant group differences. However, after a 12-week period, findings showed the experimental group felt their pain had significantly reduced, along with joint stiffness. They reported fewer physical functionality difficulties and measurable improvements in abdominal strength and balance.

Makes you feel happier
Because tai chi involves using the mind while exercising the body, it can help promote a sense of calm and peacefulness. The slow, graceful movements promote a meditative state of mind that reduces anxiety and can promote feelings of psychological well-being.

A large meta-analysis and systemic review was done collaboratively between the China Academy of Chinese Medical Sciences in Beijing, China; the University of North Carolina, Charlotte; Sichuan University in Chengdu, China; and the Massachusetts General Hospital in Boston on quasi-experimental (Q-E) and randomized clinical trials (RCTs) regarding tai chi’s effects on mental well-being.

The results of their efforts showed that tai chi participation had definite beneficial impacts on a range of psychological wellness areas, such as anxiety, exercise self-efficacy, depression, and general stress management.

Improves balance
The slow, controlled movements help the body to strengthen the muscles used for balance and posture. In a study by the Washington University School of Medicine in St. Louis, researchers found that after 20 tai chi sessions, patients with Parkinson’s disease had improved balance and walking ability.

Two studies were conducted by the National Institute on Aging collectively referred to as The Frailty and Injuries: Cooperative Studies of Intervention Techniques (FICSIT). The studies took place at the University of Connecticut and Emory University.

The first study held at Emory University discovered that participating in a 15-week tai chi program decreased the risk of falling for elderly adults by 47.5 percent. The second study that took place at the University of Connecticut Health Center utilized sophisticated procedures for measuring strength training and balance. Participants took part in a tai chi program over a six-month period. They found that this proved successful in improving strength and balance in the elderly subjects.

Improves asthma symptoms
Because of the controlled breathing and slow movements, people who participate in tai chi can improve their oxygen consumption and overall breathing.

In a study by scientists from Thailand, 17 adult asthma sufferers were asked to take part in a six-week tai chi training program. Following participation, the asthma patients all had considerable improvement in asthma control, peak flow variability, and in their feelings about the quality of their lives.

They were able to walk comfortably for six minutes and raised their work rate maximum, as well as their oxygen consumption maximum, because of their participation in the tai chi program. Researchers felt the program could clearly benefit asthma patients from a non-pharmacological approach as an adjunctive therapy.

Lowers stress levels
Tai chi’s graceful series of movements helps you to focus your thoughts while becoming more aware of your body and your breathing. It is very similar to meditation and helps you to be in the moment and not lost in worries and anxiety. It is gentle and calming, which creates a peaceful sense of well-being.

A review of research studies was performed by researchers from the Karlstad University, funded by grants from the Swedish National Center for Research in Sports, Stockholm. They analyzed data regarding stress management and psychological well-being linked with tai chi.

They found that tai chi was associated with enhanced flexibility and improved psychological well-being. It was also indicated that it may be linked with improvements in mood. 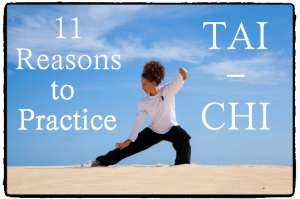 Alleviates symptoms of type 2 diabetes
In a study by the Chungnam National University, College of Nursing, Daejeon, South Korea, it was found that tai chi improved balance, glucose control, neuropathic symptoms and improved the quality of life for patients with diabetes and neuropathy.

A separate study conducted by the South China Normal University in 2008 found that eight weeks of tai chi was linked with various improvements in patients with type 2 diabetes. The study evaluated 12 subjects between the ages of 58 and 75 years. Measurements were taken of their serum insulin, insulin receptor activity, and blood glucose, both before and after the eight-week tai chi program.

Findings of the study clearly showed that the tai chi exercise participants had decreased blood glucose. They also had increases in high and low-affinity insulin receptor numbers, as well as an increase in low-affinity insulin receptor binding capacity. Their serum insulin increased a bit but was still found to be within a normal range. Researchers concluded that tai chi intervention had definite beneficial effects on the health of type 2 diabetes patients.

Improves sleep
A study by the University of California, Los Angeles revealed that older adults with moderate sleep complaints found improved quality and longer duration of sleep after 16 weeks of tai chi participation.

Scientists from Harvard Medical School conducted a separate study involving the review of ECG data on chronic heart failure patients. A little less than half of the subjects took part in a 12-week tai chi program. The ECG data revealed major differences in the tai chi group compared to the control subjects.

Tai chi participants had improvements in quality of life and sleep stability. They concluded these benefits from tai chi could lead to improvements in blood pressure and arrhythmogenesis.