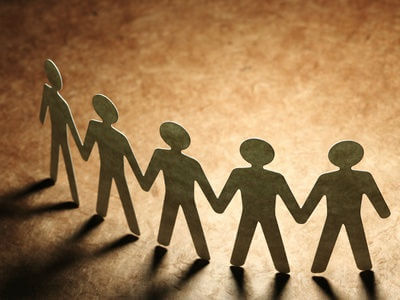 Surely, one might ask, are there not many sides to science and a multitude of ways to solve the demand for nutritious food for the world?

Just because you CAN do something does not mean you should do it. Maybe you CAN walk backwards but are you going to go around all day doing it? Probably not, because after some time, you may realize that you can’t see where you are going and may run into something.

Yes, we have the technology to genetically make food; to put the DNA of different species in bed with each other and marvel at the offspring. But is this really something we should be doing and in doing so are we walking blindly into the future, taking an indeterminable number of unnecessary risks?

The Fragility of Science

All through history, science has propelled us to places that we thought we would never go – including the moon and the ocean floor. Science has saved lives and prevented tragedies, there is no doubt of this. However, we must be careful not to blindly put our faith in science, because science is continually learning and early findings sometimes turn out to be very wrong.

At one time we were told that tobacco was good for us and for some strange reason, the same scientific method that was applied to “prove” this point has now “proven” otherwise. Some say that science has a way of consistently refuting itself. Leave a finding alone long enough and someone and something else will disprove it.

DDT was also called safe and effective at one point. Oops. Food dyes and flavorings are another great example, they are considered safe when made from “natural” ingredients. However, both artificial and natural flavorings are concocted in a laboratory by blending a variety of ingredients together and no one really knows the long term impact of using them.

Consumers have been, and continue to be, misled when it comes to the latest scientific breakthroughs – especially where food science is concerned. We have every right to be skeptical over the genetic manipulation of the food we eat.

There is a Better Way

As we reported earlier in June: According to a recent report from Agro-ecology and the Right to Food, sustainable, organic small-scale farming could potentially double food production in the areas of the world where hunger is an issue. The report speculates that in five to ten years, the world could see a huge leap in crop cultivation if these practices are adhered to.

This is definitely something that the GMO companies, such as Monsanto, do not want you to know; it could put them out of business.

A wonderful example of the power of small-scale organic farming is found in Russia. There, over 35 million Russian families grow their own organic crops on land totalling about 20 million acres. These crops are grown by small family farms on gardens less than an acre in size.

From their individual gardens combined, these 35 million Russian families supply about 92 percent of all of Russia’s potatoes, 87 percent of its fruit and 77 percent of its vegetables, according to recent statistics. This represents 71 percent of the entire Russian population fed by organic family farms.

Russia’s population is approximately 143 million people. The population of the United states is about 314 million people. If such organic farming success is possible in Russia, it is certainly possible here, if enough land is dedicated to this pursuit.

Unfortunately, much of United States farmland is used to plant GMO crops. Statistics from 2001 show that over 88 million acres of U.S. land were used for planting GMOs, and the numbers have increased since then. Monsanto and other GMO companies have spent a great deal of money on campaigns trying to convince us that GMOs can ‘end world hunger.’ This claim is egregious and inaccurate in many ways.

The main misconception regarding world hunger is that there is not enough food to go around. This couldn’t be further from the truth. The real issue is distribution. Grocery stores throw out huge amounts of food each day, and the wealthy members of the population have more food than they can eat.

Those around the world who suffer from hunger and starvation do not have access to the food; the food grown in these countries is often shipped to wealthier countries, and the pay that the farmers receive often isn’t even enough to feed their families.

In a recent article published by the Huffington Post, John Robbins highlights another flaw with Monsanto’s claim to ‘feed the world.’ His article focuses on a strain of GM rice known as “golden rice,” which has been genetically altered to produce beta carotene. GMO companies claim that golden rice could prevent death and blindness in the developing world.

However, in reality, the soil is not right in developing countries to grow this rice. Furthermore, a great deal of water is needed for its cultivation, and most farmers in these countries do not have access to it. According to Robbins, “an 11-year-old-boy would have to eat 27 bowls of golden rice a day,” for the beta carotene content to be worthwhile.

Olivier De Schutter, the United Nations’ Special Rapporteur on the Right to Food, says, “we won’t solve hunger and stop climate change with industrial farming on large plantations.” This kind of change starts at home, by giving business back to small-scale organic farmers, and by collectively addressing the global need for efficient food distribution to places that need it.

Russia’s example is encouraging, and shows the benefit of replication of old practices that work. Why are we always trying to reinvent the wheel, come up with a new process, do something different, when we know what works?

We are spending billions of dollars, competing for lab research money like it is an Olympic Sport and throwing genetic material together in a petri dish without much thought to the outcome when a better, time tested solution exists. This is where the use of science to create a better world gets a little confusing. If others are feeding millions without genetic manipulation why is it so important that we do it?

What We Don’t Know Doesn’t Hurt Us – Really?

What is equally, if not more disturbing than the potential threat to the environment, human health and the billions of dollars being spent messing with nature, is the fact that we can personally take a stand against GMO’s all we want but the fact is, the average American eats 193 pounds of genetically engineered foods in one year without even being aware of it.

This data is according to an analysis conducted by the Environmental Working Group. Suffice it to say, if you are subject to the practice of genetically engineered foods you would probably not choose to consume 193 pounds of it on a yearly basis if you had a choice.

The scariest part of all is that there are no independent scientific studies being conducted on genetically modified foods. 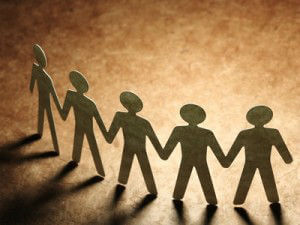 According to the Environmental Working Group, ” …there aren’t likely to be any such studies anytime soon. The government isn’t doing this kind of research and is not requiring it of the food industry. It isn’t even making it possible for independent scientists to do it, since under the law, those who hold patents on genetically engineered food get to decide in most cases what testing can – and cannot – be conducted.”

We are pretty much subject to whatever is in our food due to the lax labelling legislation currently in place. Because new genetically modified foods are being produced and put into market at a rapid pace, this right-to-know issue is going to become even more important. Although the Environmental Working Group only looked at 3 GMO crops, sugar beets, soybeans, and corn in their analysis, over 30 are in the testing phase including:

The EWG’s analysis is said to be a low estimate considering that many people commonly eat other genetically engineered foods that were not included in the calculations, such as canola oil, papaya, cottonseed oil, yellow squash, and other soy products besides soybean oil.

Many food manufacturers and retailers are promising GMO labelling within the next year, and grassroots organizations like Green America are popping up in protest all over the country. Even the youth are getting involved: Check out this video:

Although Rachel speaks passionately on behalf of millions of Americans who want to know what they are eating, there is only one truth that exists, we just don’t know, and without knowledge, we cannot make educated decisions. We have, in fact become, unknowing players in the greatest human science trial of all time!

We don’t recall being asked to participate, do you?