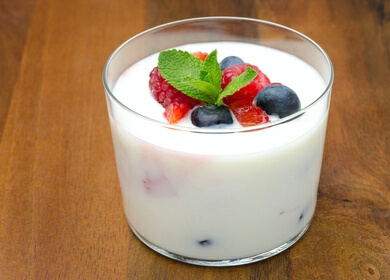 Most people think of yogurt as a superstar of health foods. While plain yogurt does offer considerable benefits, most yogurts sold in grocery stores, even health food stores, have gone through industrial processing, have a bunch of additives, and are not nearly as healthy as they are hyped up to be.

When choosing a yogurt, don’t be fooled by a label that says ‘natural.’ Many yogurts are loaded with sugar or high fructose corn syrup. While refined sugar is itself to be avoided as much as possible, high fructose corn syrup poses further dangers. Multiple studies show that the way that it is absorbed by the body can lead to a higher risk of obesity, diabetes and heart disease.

Sugar-free yogurts contain aspartame, a dangerous substance, according to a large amount of studies, with a long list of reported side effects including headaches, nausea and seizures.

Studies have identified some artificial flavors as potentially carcinogenic, and many of them have been linked to hyperactivity in children and other behavioral imbalances.

Some yogurts contain corn starch or modified food starch. These ingredients are used as thickeners and emulsifiers, giving the yogurt texture, but also adding unnecessary carbs, and usually GMOs, into the mix, as most industrial corn in the United States is genetically modified.

Tricalcium phosphate is another substance to watch for when choosing a yogurt. It is added as a calcium supplement, and is usually manufactured from bone ashes. Unless you want burnt bones in your food, you may want to steer clear.

One of the main benefits of real yogurt is the probiotic content. Truly natural yogurts contain live cultures, and it will say so on the label. If a yogurt label says ‘made with live cultures,’ the cultures are likely no longer living.

Processed yogurts usually contain a probiotic called Bifidus Regularis, which is extracted from animal intestines in a laboratory. The probiotics in real yogurt occur naturally in the yogurt itself. Low-fat yogurts may also contain less probiotic content than the full-fat versions. 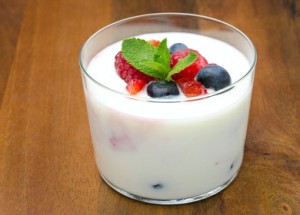 Greek yogurt, a natural, healthy choice, unfortunately poses a toxic threat to the environment. When it is strained, the resulting liquid is acid (sour) whey. According to Modern Farmer magazine, this waste product is very toxic to aquatic life, and there are no industry-regulated standards as to where or how the acid whey is dumped by Greek yogurt manufacturers.

When choosing a yogurt, be sure to carefully read the ingredient label to avoid unhealthy additives. Plain yogurt is your best bet, and real, and the ideal plain yogurt will have just two ingredients: milk and live yogurt cultures.

Anything else is working against the benefit that the yogurt provides. For a delicious treat, add your own organic fruit, and maybe some coconut crystals if you like it extra-sweet, and enjoy!