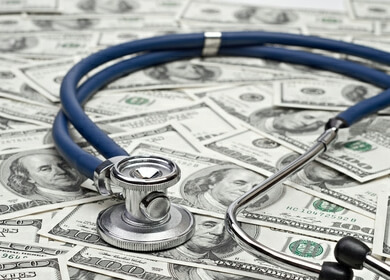 In recent years, we’ve just started to see the dramatic cost effects from people who smoke. One of the latest studies suggests that businesses in the United States pay nearly $6,000 per year extra for each employee who smokes as compared to the cost to employ someone who has never smoked cigarettes.

Their research found that smoke breaks accounted for the highest cost in lost productivity, but was closely followed by healthcare expenses that exceed insurance costs for non-smokers.

Of course, smoking also comes at a very high cost to the smoker, with a devastating toll on their health as well as their pocketbook. Those high costs are not only for the expense of the cigarettes themselves, but the medical bills associated with smoking tobacco.

Even if the smoker is lucky enough to have medical insurance, they will likely be saddled with at least a portion of medical expenses, which can add up to thousands of dollars, if not more.

The Cost of a Poor Diet

Smoking is not the only thing pushing insurance premiums up. Similar costs are attributed to poor eating habits, as well. Soaring obesity rates in America are responsible for $190 billion a year in excess medical spending – and we all suffer financially as a result of higher insurance premiums.

Yes, eating healthy and even organic foods may seem to be more costly as compared to standard foods, thanks to the big food conglomerates that drive the costs up for local farmers, but you’ve got to consider more than just comparing the cost at the cash register. The price is paid at some point, either upfront with a healthy choice or down the road in medical costs. 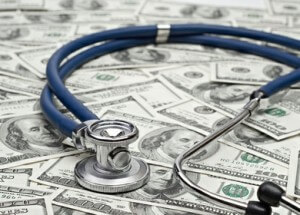 Poor health can negatively affect your wages even if it doesn’t keep you at home. Employees who are unhealthy or overweight are typically less productive at work, costing the employer money that in turn may penalize those workers by paying them less. Numerous studies have shown that the obese are less likely to be hired and promoted than those who are in better shape.

When it comes to medical spending, the differences are dramatic. Annual medical costs for an obese person total about $3,271 compared to $512 for the non-obese. Over time, this gap grows even wider.

Although fast and processed foods may keep the food bill low, the price is paid in the toll these foods take on health. Choosing to invest in health is wise and can save money and even save your life. Now is the time to make the right choice.