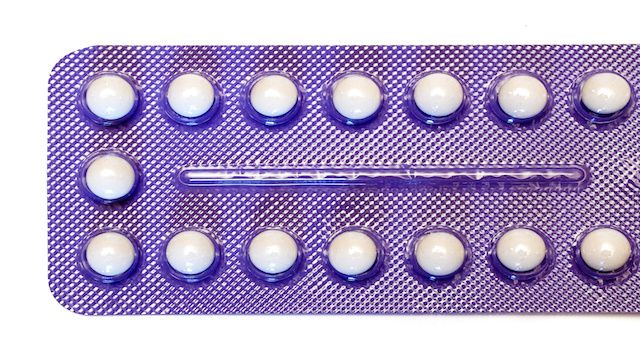 When you hear the word “birth control” or “contraception,” what do you think of? The pill, of course! It’s the most ubiquitous form of controlling women’s fertility in our society. Eighty percent of women have taken, are taking, or will take birth control pills at some point during their lives.

Many girls and women have walked out of their health-care practitioner’s office with that little pack of pills in their hands, whether it was actually for the reason of preventing pregnancy, or for a whole collection of other reasons. These include acne, migraines, polycystic ovarian syndrome (PCOS), endometriosis, heavy periods or irregular periods.

Since the pill is practically handed out like candy, us women tend not to think twice about taking it. Being on the pill is “normal,” therefore we consider it safe. But is this really the case?

The truth is, the birth control pill comes with a horde of potential risks and dangers, some of which are clearly stated on the packet, and acknowledged by mainstream medicine. Other side effects are more insidious — anecdotally discussed by women amongst themselves.

The general willingness to consume the pill seems to arise from three factors: Firstly, doctors, gynecologists and other medical professionals are often very willing to prescribe it. Secondly, women in modern society are very concerned about unwanted pregnancy and desire a reliable method of prevention with minimal inconvenience. Lastly, we tend, these days, to have a disconnect with our bodies — we don’t think twice about ingesting a dose of synthetic hormones every day throughout most of our reproductive years.

While the pill was a relative godsend for our mothers and grandmothers a few decades ago, our generation is gradually coming back around to the concept of self-awareness and respecting the natural rhythms of our bodies. As a more holistic view spreads throughout society, more of us are quietly raising questions about practices, such as the rampant prescription of the pill.

If you’re concerned about the effects of artificially altering your hormones for decades of your life, you’re not silly, and you’re not alone. This is a common concern, especially for women who put effort into good nutrition and a healthy lifestyle. Here are ten things you may not know about the pill — these are important considerations when deciding how to best manage your fertility:

The birth control pill raises blood pressure and blood clot risk. High or even marginally raised blood pressure is a huge risk factor in some of our society’s leading causes of death, such as heart disease and stroke.

This risk is particularly concerning for women who smoke in conjunction with being on the pill. Experts point out that there is also an exaggerated risk of stroke for women who get migraines with vision disturbance. Blood clots can occur in women of any age, including those in their early twenties, and may only take a few months to grow to a dangerous size.

Speak with your health-care provider to determine whether you are someone with a higher risk of these side effects.

Hold on, doesn’t the pill reduce the risk of some types of cancer? It’s true, studies have indicated that hormonal contraceptives reduce the incidence of ovarian cancer, endometrial cancer and uterine cancer. However the risk for breast cancer is considerably increased (by 10–30 percent, according to data from over 50 studies) as is the chance of developing cervical cancer.

The birth control pill is considered a major risk factor for cervical cancer, especially for women who have been taking it for over five years. This is because it may create chronically high estrogen levels, which results in low-grade inflammation throughout the body. The cervix is vulnerable to this inflammation and may end up growing abnormal cells, which turn into cancer.

Studies show that the increased risk of blood clots and breast cancer only goes away after being off the pill for 10 years.

A number of studies have linked depression with the usage of oral contraception. This is due to the progestin content (synthetic progesterone), which can cause unpredictable emotional changes. This is largely a case of individual sensitivity — if you start taking the pill, monitor yourself closely and ask loved ones to do the same.

The pill alters your gut microbiome

Did you know that the birth control pill alters gut bacteria? This is a relatively recent discovery but early studies are indicating that using the pill for an extended time can predispose a woman to Candida yeast overgrowth and other bacterial and fungal issues. If you’re someone who has also used antibiotics on a regular basis, the risk of this type of imbalance is worsened. 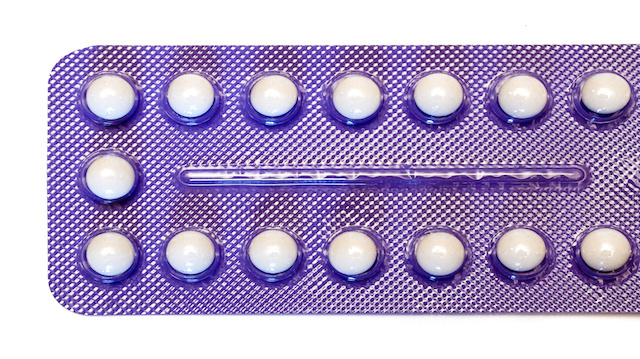 The birth control pill also causes nutritional deficiencies, as a carry-on effect of the influence on gut bacteria. Because the friendly bugs in our tummies play a key role in the absorption of a number of nutrients, a change in the microbiome balance results in depleted zinc, vitamin B2 (riboflavin), vitamin B6, vitamin B9 (folate), vitamin B12, magnesium, selenium, and vitamin C. This is of particular concern if you have pre-existing nutritional deficiencies, or don’t consume a diet that contains enough of these substances.

Not to get too graphic here, but taking oral contraceptives can result in clitoral shrinkage, up to 25 percent. Although you may write this off as frivolous, sexual pleasure is a very important form of release and therapy for women who deal with the stresses and demands of modern life. Since the pill also reduces libido (by altering the associated hormonal balances), there’s a logical chance that you may end up having less sex, and less pleasurable sex, while taking the pill.

Detrimental effects on the environment

With such a large percentage of women using the pill, there are a great number of synthetic hormones being flushed down the toilet via our bodily excretions every day. Studies show that this is polluting the world’s waterways and affecting our food supply by feminizing certain types of fish, preventing them from reproducing.

The pill can hurt your liver

Studies show that the chance of developing liver cancer is increased with birth control use, as is the risk of benign liver tumors. These are concerning because the liver plays an important role in detoxifying and excreting the excess hormones from the pill, and liver tumors may impair this functionality, resulting in further negative effects.

A possible band-aid solution for other problems

The pill may artificially alleviate hormonal conditions such as PCOS, endometriosis, PMS and acne, and is indeed often prescribed to manage these conditions. While this seems like an easy way out, we don’t believe that artificially manipulating body mechanisms to cover up a medical issue is a wise idea. Rather, a more holistic approach would involve addressing the root causes of the pre-existing condition through robust diet and lifestyle choices.

The pill may affect your choice of a mate

This one may surprise you: Recent studies have indicated that women on the pill have an impaired or altered ability to choose the right mate. This is because your hormones function differently when you’re taking in synthetic doses each day.

Experts have suggested that this may have something to do with high divorce rates in this generation, since women going off the pill (when they are ready to start a family) become biologically less attracted to their mate.

Although you won’t read about it in the mainstream medical journals, holistic health and functional medicine practitioners have hinted at a modern syndrome arising in women who have been taking contraceptive pills for an extended period of time.

The extent of the syndrome is tied to a few factors, including the length of time on the pill and individual sensitivities.

As discussed above, the pill causes a variety of nutrient deficiencies — these can be minor or severe depending on the person, and as a result may take a long time to rectify. The lack of nutrients can contribute to a menstrual cycle which is completely absent or very irregular. Ovulation may not occur at all, or may happen at random times.

Post-pill recovery may be unpredictable, or take longer than you want or expect. This might be frustrating for people who wish to begin or resume having children and experience a delay in life plans because of post-pill syndrome.

However, this situation seems to invite the phrase “you’ve made your bed, now lie in it.”  We can’t have it both ways — convenient contraception and an immediate snap back to fertility whenever we please.

Hormone balance is a challenge for many people today even without the intervention of the pill. The body’s hormones and signaling networks work on a very subtle balance, which modern science is still figuring out. The possibility of long-term, unknown, or uncontrollable effects must not be ignored when making the decision to go on the pill.

We hope that this summary has shed some light on questions surrounding the birth control pill, and that it helps you feel empowered to make the right decision for your own health. If you decide you would like to make a change, we encourage you to learn more about the Fertility Awareness Method, which tracks basal body temperature, cervical fluid and cervical position to help you avoid unprotected sex on the days when you are fertile.