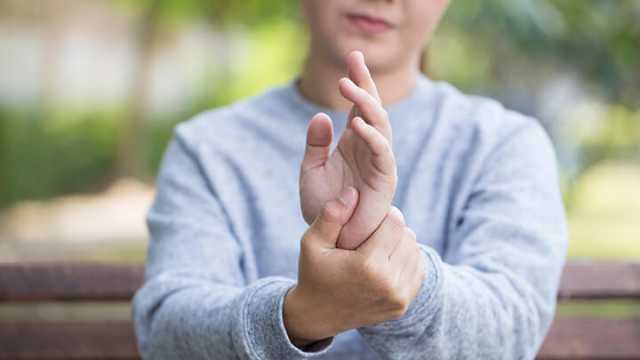 Inflammation is known as the silent killer. It lurks in the body, often leaving no noticeable signs in its path until one day you have a chronic condition such as diabetes or heart disease.

In my case, I know that when my body gets out of balance my immune system is weak and old injuries start to hurt. No matter how well I try to look after myself, I inevitably become run down at times and need a boost.

While acute inflammation serves to protect the body and its cells, chronic inflammation does quite the opposite. It can lead to severe system-wide damage over time.

Chronic inflammation occurs when the body’s cells are stressed by internal or external factors or the white blood cells perceive a foreign invader that isn’t there. An inflammatory response is triggered — sometimes in one area of the body and sometimes throughout the entire body. And unlike acute inflammation, it does not dissipate. Instead, it lingers, wreaking absolute havoc.

This type of inflammation can go unnoticed for a long time, as it may cause generalized discomfort that is not easily associated with inflammation. In some cases, symptoms of chronic inflammation may be dismissed as normal signs of the aging process, and therefore overlooked until the inflammation has already caused significant harm.

This is known as “low-grade” chronic inflammation. It may become severe if not addressed. In the case of autoimmune diseases, the body begins to attack its own tissues, degrading them over time. If this inflammation is in the joints, such as in the case of arthritis, the cartilage begins to wear down.

Chronic inflammation can contribute to a great many illnesses, depending on how it presents. These include autoimmune disorders (as mentioned), depression, cognitive decline (such as Alzheimer’s disease and other forms of dementia), age-related macular degeneration, chronic kidney disease (CKD), type 2 diabetes, certain cancers and heart disease. These are just a few examples; chronic inflammation can underlie a great many significant threats to our bodies and minds.

Chronic inflammation can be triggered or worsened by certain lifestyle factors, such as smoking, excessive alcohol intake, drug use, obesity, insufficient sleep, chronically elevated stress levels, lowered levels of sex hormones in the body, and — very notably — a poor diet. If we eat unhealthy foods or do not get adequate levels of the nutrients our bodies need, it paves the way for chronic inflammation to thrive.

The consequences of using NSAIDs

No one should ever use NSAIDs long-term. Long-term use places you at risk for stomach ulcers and severe hemorrhaging. NSAIDs may also worsen asthma and cause heart disease and kidney damage. Last year the U.S. Food and Drug Administration (FDA) strengthened an existing warning on prescription drug labels and over-the-counter drug fact labels. NSAIDs can increase the chance of a heart attack or stroke, both of which can lead to death, says the FDA. And worse, those serious side effects can occur as early as the first few weeks of using a NSAID.

What I do to reduce inflammation

Instead of NSAIDs, I avoid all foods that cause inflammation in the first place. The Arthritis Foundation suggests removing or at least limiting the following foods from your diet to help fight inflammation: sugar, unhealthy saturated fats (like those found in fast food), processed foods, trans fats, omega-6 fatty acids, refined carbs, monosodium glutamate (MSG), gluten, casein, aspartame and alcohol. I  enjoy foods that reduce inflammation such as berries, spinach, pineapple and turmeric.

Turmeric is an ancient healing spice

The use of turmeric dates back approximately 4,000 years, for culinary, beauty, religious and medical purposes. Studied extensively within the past 25 years, turmeric has been featured in over 3,000 publications. Based on the research, more than 100 components have been isolated from this golden spice.

Its rich color comes from agents known as curcuminoids, which are natural antioxidants. Used as an herbal remedy, turmeric can aid conditions such as liver ailments, arthritis, skin cancer and so much more. This is based on its wide range of properties, including anti-inflammatory, antimicrobial, carminative, anti-cancer and choleretic actions.

This simple drink has been a lifesaver for me at times when I know I am suffering from inflammation. It gives me energy, reduces joint swelling and boosts my immune system. I drink this tonic each morning for several weeks. It can safely be enjoyed daily if needed.

Juice the lemon and add all ingredients into a shaker bottle. That’s it! This inflammation reducer can be enjoyed immediately or kept in the fridge for up to a week.