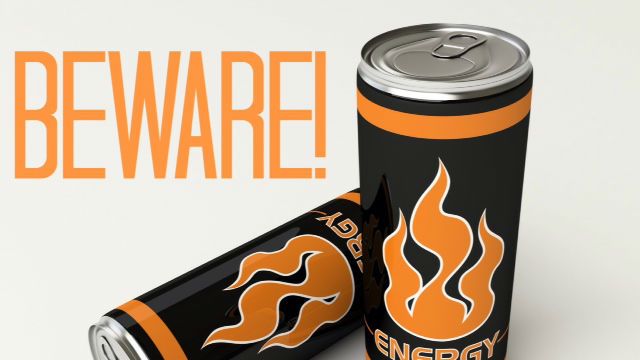 How often do you feel that you need just a little pick-me-up? Something to help you get through the day, improve your athletic performance or survive that all-nighter you have to pull for work or school?

Do you, like millions of other Americans, find yourself consuming energy drinks to make it through your grueling schedule? If so… we urge you to consider the facts below.

Between January 1, 2004 and March 10, 2014, the FDA was informed about 241 non-fatal events where consumers experienced high blood pressure, convulsions, heart attacks and other problems after consuming energy drinks. Of these cases, 115 resulted in hospitalization, 15 in disability and one in miscarriage.

A recent report published by the Substance Abuse and Mental Health Administration (SAMHSA) found that the number of emergency department visits involving energy drinks doubled from 10,068 visits in 2007 to 20,783 visits in 2011.

All of this is set against the backdrop of increased energy drink sales. In 2011, sales increased by 12.5 percent overall, and by 15-30 percent for Red Bull and Rockstar.

Reported side effects include fatigue, chest pain, dizziness and more. However, it is likely that there are more cases that are unreported. The FDA has confirmed 18 deaths linked to energy drinks, and a federal study done in 2009 found 13,000 emergency room visits that were associated with consumption of these dangerous drinks.

Data collected by the Center for Science in the Public Interest shows 34 deaths linked to energy drinks since 2004. Half of these occurred in 2012, and of these, 22 deaths were directly linked to 5-Hour Energy, 11 to Monster and one to Rockstar.

In 2013, the first wrongful death lawsuit against Red Bull was filed to the tune of 85 million dollars. The lawsuit has been filed by a grandmother whose grandson died after drinking Red Bull during a basketball game. The otherwise healthy and athletic 33 year old man simply collapsed and died shortly after consuming the drink.

The scariest of all is that those consuming energy drinks are not just adults but youth, even children. No ID is required to purchase energy drinks, and sadly, the hyperstimulation impact harms young, developing systems.

A study conducted by the University of Miami reviewed existing literature on the drinks and found that 30-50 percent of adolescents and young adults consume energy drinks on a regular basis.

Side effects from consumption include seizures, diabetes, mood and behavioral disorders and cardiac abnormalities. Of the 5,448 caffeine overdoses that were reported in 2007, 46 percent occurred in people under the age of 19. In response to this, sales and advertising has been severely limited in some countries and states.

Sure, they are alluring – energy in a can… what a novel idea. According to the Food and Drug Administration, energy drinks, non-regulated because they are sold as dietary supplements, have so far been poorly studied for long term effects and actually contain some very potent substances that are dangerous on their own, and of high concern when mixed together.

What you should know about the caffeine in energy drinks

Unlike sodas and soft drinks, energy drinks often contain between 160 and 500 plus milligrams of caffeine per serving. Some energy drinks contain the equivalent caffeine content of 14 cans of Coke.

Soft drinks, in contrast, only contain a maximum of 71 milligrams per 12 ounce serving, according to FDA regulations. Such large levels of caffeine can contribute to increased nervousness, anxiety, insomnia, tremors, upset stomach, elevated heart rate and respiration, chest pain, vomiting and heart attack.

What you should know about sugar in energy drinks

The deadly dangers of sugar-loaded soft drinks, sports drinks and energy drinks are non-debatable. According to research conducted by the Harvard School of Public Health, over 180,000 worldwide yearly deaths can be traced back to sugar-sweetened drinks. Regular consumption of sugary drinks leads to obesity, which in turn increases the risk of diabetes, heart disease and cancer.

Researchers noted that in a 2010 study, scientists were able to link consumption of sugar-sweetened beverages to 133,000 diabetes deaths, 44,000 cardiovascular deaths and 6,000 cancer deaths.

Japan had 10 deaths per million adults linked to sugary beverages, probably because they consume less sugary drinks per-capita than most any other country. In the United States, 25,000 deaths in 2010 were linked to drinking sweetened beverages.

Energy drinks contain 21 to 34 grams of sugar per each 8-ounce serving, which come in the form of sucrose, glucose or even high fructose corn syrup. The big problem arises when users down two or three energy drinks – meaning they actually consume 120 mg to 180 mg of sugar – this is 4-6 times the maximum daily recommended intake.

In addition, high fructose corn syrup contains contaminants, such as mercury, that are not regulated by the FDA and are highly toxic.

What you should know about taurine in energy drinks

Although energy drinks are loaded with caffeine and sugar, these are not the only problems. Many energy drinks contain taurine, a free-form amino acid found in food and manufactured in the body as the amino acid cysteine.

This substance was first discovered in the bile of bulls, and was then replicated synthetically. Naturally, taurine is found in the heart, blood, muscles and brain. A person who weighs 70 kg will have about 70 g of taurine in their body. Taurine is found in foods such as scallops, fish and poultry. Although needed by the body for a number of biological processes in its natural form, too much, especially of synthetic taurine, is very dangerous.

The body utilizes taurine when it is under stress or during physical exertion. Because of this, it is a highly popular ingredient in energy drinks. However, the stimulating effect that these drinks have on the central nervous system is highly unnatural.

Studies have connected synthetic taurine with a wide range of illnesses, ranging from elevated blood pressure to strokes, seizures and heart disease. Because of this, the substance has been banned in some Scandinavian countries after three consumers died.

Rats fed taurine have demonstrated strange behavior including irritability, anxiety, sensitivity to noise and even self-mutilations.

What happens when energy drinks are combined with alcohol?

Adding alcohol to energy drinks is simply a recipe for disaster, say some health officials. Energy drinks are stimulants and alcohol is a depressant. The stimulant impacts of the energy drinks mask how intoxicated the consumer is, and interfere with a clear understanding of how much alcohol has been consumed. This is mostly because fatigue is one way that the body tells us that we have consumed too much alcohol.

Once the stimulant impact of the energy drink wears off, the depressant effects of the alcohol can cause vomiting or respiratory depression – even in your sleep. Both the energy drink and alcohol have a dehydrating impact on the body, and since dehydration can impede the body’s ability to metabolize alcohol, this combination can increase toxicity and result in a severe hangover.

Drinks that combine caffeine and alcohol, such as Four Loko and Joose, have been banned from several states and college campuses.

Often when we see that a product has added vitamins, we don’t blink and eye – in fact, we may think that it is great that they do. The truth is, they can actually do more harm than good. Energy drinks, in particular, are loaded with B vitamins – which most of us get enough of in our everyday diet. Many people even take a B supplement. Although the B vitamins found in energy drinks are not toxic within themselves, too much vitamin B6 can be dangerous. The highest amount of B6 safe to consume daily is 100 mg.

Other ingredients to be leary of:

In addition to those listed above, you should be cautious of:

Guarana – This rainforest vine from the Amazon is often found in energy drinks. The seeds of this vine are used by Amazonians for increased energy and alertness, however, they have the highest amount of caffeine content of any other plant. This poses the same benefits, but also presents the same risks and side effects as caffeine.

Carnitine – Energy drink manufacturers claim that this natural compound made in the liver and kidneys (which is involved in energy metabolism) improves exercise recovery.

However, research does not support this claim, and in amounts of more than 3 grams per day, the substance can actually cause nausea, vomiting and diarrhea. Most energy drinks don’t list the amount of carnitine on the nutrition label.

Ginseng and ginkgo biloba – Both of these medicinal herbs can interfere with certain medications such as blood thinners, diuretics, insulin and oral hypoglycemic agents. These interactions may cause severe health problems. 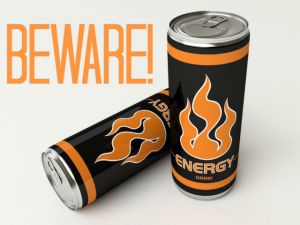 How to energize naturally

Instead of turning to a dangerous mixture of stimulants, try the following things that will help energize you naturally.