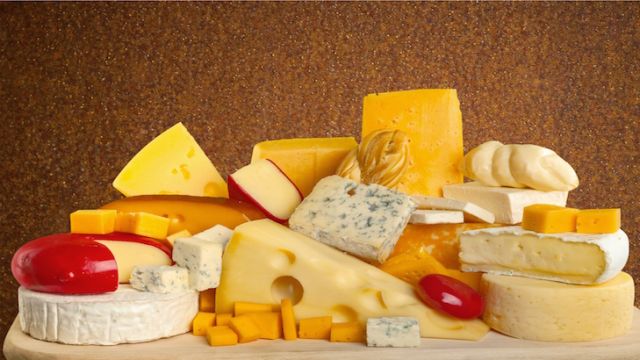 Americans love their cheese; this is no secret. Good news for those who like to make the ooey gooey stuff part of their healthy recipes: the US currently has a massive surplus.

“America has built up a glut of cheese so big that every person in the country would need to eat an extra 3 pounds this year to work it off.”

That’s a lot of cheese. To be exact, there are a whopping 1.19 billion pounds of cheese in commercial cold storage in the US, as of March 2016. This is the largest surplus of cheese recorded in 30 years, and it’s up 11 percent from last year.

Why so much extra cheese?

A couple of years ago, US farmers expanded their herds and flocks because prices were soaring and the export market was good. Dairy was produced in large quantities, and so were grains and meat. However, this expansion has not exactly paid off, as exports to Europe are now in decline, and prices are down.

According to Shayle Shagam, a US Department of Agriculture livestock analyst:

“Farmers have had every reason to expand because of strong global demand. But now we have a lot of products looking for a home in a smaller number of places.”

Much of this cheese is being stored in freezers, waiting to be sold. Prices on all sorts of natural cheese are low, and it may be tempting to grab up an extra block or two of the melty, tasty goodness. But, should we really be eating more cheese?

Luckily, the cheese surplus consists of “natural American cheese,” which is real — not the processed stuff. Still, even the natural, real cheese produced in this country is produced with non-organic milk, and may contain growth hormones. It is also derived from cows that are often fed a grain-based (often genetically modified) diet. Not the best option.

The best kind of cheese to choose

While Americans sometimes eat a bit too much cheese — this stuff can be addictive! — a moderate amount of organic, grass-fed cheese offers significant health benefits. First of all, real cheese is a great source of both protein and healthy, natural saturated fat (no, it’s not the enemy!).

Protein and fat from natural sources help to fuel your body and keep you feeling full, thus helping you to avoid cravings for unhealthy snacks throughout the day.

One big difference between cheese from conventionally raised cows and cheese from cows fed on pasture (their natural diet) is the level of conjugated linolenic acid (CLA) found in the resulting milk. Organic, grass-fed cheese has been found to contain up to five times the amount of CLA compared to conventional cheese.

Additionally, organic cheese may contain higher levels of vitamins A, D, E, and K2. All of these vitamins are important for immune system health, bone health, and more. On top of that, cheese contains omega-3 fatty acids, which are paramount to both heart health and brain function.

So, while you may not want to overindulge — three extra pounds per person is pushing it — why not sprinkle some organic cheese on your meals? If you know of any local organic farms with pasture-raised cattle, it might be time to pay them a visit. Perhaps they have a surplus of their own!