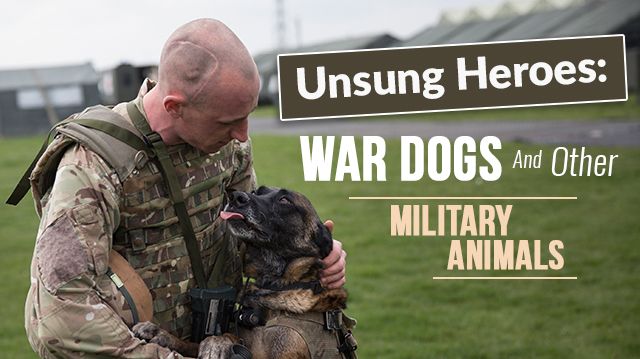 Lucca is 12 years old but has spent more than six years in the US military. On April 5, this German shepherd became the first American dog to receive Britain’s prestigious PDSA Dickin Medal, the highest honor awarded for animal military service.

The medal has been awarded since 1943 by the British charity the People’s Dispensary for Sick Animals (PDSA). It is the animal equivalent of Britain’s Victoria Cross, the highest medal awarded for valor to members of Great Britain’s, the Commonwealth’s or previous British colonies’ armed forces. The ceremony took place at London’s Wellington Barracks.

On March 23, 2012, while on duty in Afghanistan, Lucca sniffed out an improvised explosive device (IED), which detonated. She lost her front left leg and also suffered severe chest burns. Earlier that day, Lucca detected both a weapons cache and another IED that was defused. Her handler, Corporal Juan Rodriguez, carried Lucca to safety after the blast and applied a tourniquet to her leg. He stayed by her side during her evacuation for immediate treatment in Germany and later when she was sent to California’s Camp Pendleton to recover.

During her six years of service in the US Marine Corps, Lucca participated in 400 missions in Iraq and Afghanistan. No members of the military died when she was out on patrol. She was trained as a specialized search dog, scouting out IEDs and other weapons. These dogs travel 100 meters in front of the handlers, detecting explosive devices before they are triggered.

Within 10 days after her injury, Lucca was up and walking. Through it all, she retained her happy, loyal temperament. Today, she lives in California with Sgt. Chris Willingham and his family. In retirement, Lucca visits schools and public events where treats and affection are lavished on this canine heroine.

The Dickin Medal was first awarded while Britain was embroiled in the Second World War. PDSA founder Maria Dickin wanted to recognize the “incredible bravery” displayed by animals working in the military and on the home front. These creatures did not know why there were pressed into service, but performed diligently because of incredible devotion to their handlers. Since 1943, 67 animals have received the Dickin Medal. They include 31 dogs, 32 pigeons, three horses, and one cat.

In 2014, an honorary Dickin Medal was awarded to all of the animals who served in the First World War, but specifically to the English war horse “Warrior.” The 2011 Steven Spielberg film War Horse is partially based on his story.

Many canine recipients made the ultimate sacrifice and the Dickin Medal was awarded posthumously. Others survived their time in service but were not nominated for the award until after death. Breeds that have received the award include the following:

Mixed breeds have also been recognized, such as Rip, a stray who helped locate victims of the London Blitz in 1940. While Lucca is the first American military dog honored, she is not the first American dog to receive the Dickin Medal. Appollo, a German shepherd member of the New York Police Department, received the medal in 2002 on behalf of all the search-and-rescue dogs working at the Pentagon and Ground Zero after the 9/11 attacks. Two Labrador retriever guide dogs, Roselle and Salty, were also honored that year for leading their blind owners down more than 70 floors of the World Trade Center and getting them to safety after the attacks.

Numerous carrier pigeons received the Dickin Medal during the years of the Second World War and immediately afterward. Many had only numbers, not names. “Mary” gained recognition in 1945 for “outstanding endurance in war service in spite of wounds.”

The three equine recipients were all police horses, and received their honors in 1947. All were cited for staying calm in the aftermath of bombs or fires and remaining on duty with their riders.

If you’re wondering exactly what a cat did to deserve the Dickin Medal, here is the story of Simon, who received the award posthumously in 1949. This is the description of his valor from the PDSA website:

“Served on HMS Amethyst during the Yangtse incident, disposing of many rats though wounded by shell blast. Throughout the incident his behavior was of the highest order, although the blast was capable of making a hole over a foot in diameter in a steel plate.”