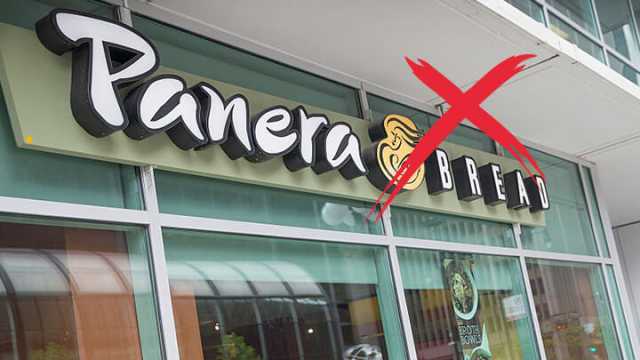 I have to admit, when I first stepped into a Panera Bread I was sucked into the ambiance. Its inviting couches, fireplace, cool lines, vibrant menu and free Wi-Fi called me in. A welcome change, I felt, from other eateries that offered mediocre and highly processed fare.

Over the past several years, Panera Bread has done a very good job removing some unhealthy ingredients from their menu such as:

However, after doing some digging, I discovered that there were still some things that Panera has on their ingredient list that we need to be cautious of, including:

A popular item on Panera’s menu is the Mediterranean Veggie on Tomato Basil Sandwich. At first glance, this sandwich looks like a very nutritious and delicious option. Although the 460 calories is not insane, the sodium will blow you away. The American Heart Associaton recommends 1500 milligrams per day. This sandwich has 1190 milligrams — just about the entire daily recommended limit! There are also a few other disturbing ingredients that you should know about.

Here is the surprising nutritional profile of this seemingly healthy fare:

My concerns beyond the salt and the flour include the following:

There is no such thing as a naturally occurring plant named canola, but rather a plant that results from the super-hybridization (genetic modification) of the rapeseed plant, which is a member of the mustard family.  The oil from the rapeseed plant was originally used as a lubricant for steam engines and as a penetrating oil in the light rail industry. It was not meant for human consumption.

Interestingly, in 1956, the FDA banned rapeseed oil for human consumption. In the 1970s, Canadian growers bred a new type of rapeseed plant that was lower in the toxic component, erucic acid. This is when the oil got its new name and rapeseed, one of the most toxic of all “food” plants, supposedly became safe for humans to eat.

According to the Environmental Working Group’s Food Scores database of 80,000 foods, natural flavorings were the fourth most common ingredient found. Natural flavor is found in items including sauces, drinks, soups, salad dressings, unsalted butter and even organic yogurt. It is important to understand that just because natural flavors come from something natural, does not necessarily make them healthy. For instance, strawberry flavor does not always come from strawberries or blueberry flavor from blueberries.

Carrageenan is a highly popular additive often found in organic foods. It is derived from red seaweed, but, unfortunately, the processing leaves it unhealthy and refined. “Carrageenan has a unique chemical structure, and research has shown it may trigger an innate immune response in the body,” says Dr. Pradeep Dudeja, Professor of Physiology in Medicine at the University of Illinois, Chicago, who has co-authored nine studies on carrageenan.

How does a Big Mac compare

Just for fun, I compared Panera’s Mediterranean Veggie on Tomato Basil Sandwich with the superstar of McDonald’s, the Big Mac. To my horror, I found that the classic Big Mac (a sandwich I would never touch), has 563 calories, 35 grams of protein and quite a bit less sodium. Wow, that hit hard!

Let’s look at a few more popular items at Panera:

Panera’s clam chowder is loaded with flavor and hits the spot on a cool fall day. Sadly, this thick and robust soup contains a whopping 1040 calories, 30 grams of fat and 1,840 milligrams of sodium.

Steak and White Cheddar Panini on a Hoagie Roll

The hot, melted cheese makes this a heart stopper for sure. There are 850 calories in a whole sandwich along with 47 grams of fat (188 grams saturated), 1320 milligrams sodium and 62 grams of carbs.

This popular sandwich has 760 calories, 32 grams of fat (11 grams saturated), 2210 milligrams of sodium and 57 grams of carbs. Not a good option for someone watching their calories, carbs or sodium!

After a thorough review of Panera’s menu, it appears as though there are three main ingredients that turn this so-called health and wholesome eatery into sheer disaster. They are sodium, fat and wheat. If you can avoid menu items high in these three you will probably be okay.

There is some good news

Don’t think that you have to abandon Panera’s cozy couches, fireplace, free Wi-Fi and overall ambiance — you just have to watch what you eat. Here are a few options that won’t rob your waistline or push your heart too hard:

Remember, at the end of the day, Panera Bread is still fast food — no matter how convincing it looks otherwise. My recommendation is that you never eat out without first asking for the nutritional information, and be sure to review it carefully.