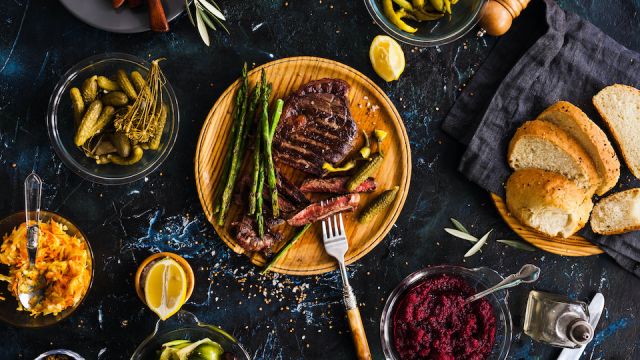 What you eat is very important to your health, and as it turns out, when you eat can also have a dramatic influence. A just-released paper published in the Journal of Clinical Endrocrinology and Metabolism has found that eating a late dinner can significantly increase your risk of developing obesity and a number of serious metabolic conditions. When do you eat dinner?

Researchers had a hypothesis

The Johns Hopkins researchers had a thought about how eating late might impact metabolism,

“We hypothesized that eating a late dinner alters substrate metabolism during sleep in a manner that promotes obesity. The objective of this work is to examine the impact of late dinner on nocturnal metabolism in healthy volunteers.”

Healthy volunteers participated in the study

Volunteers who participated in the research were deemed healthy at the beginning of the study. Due to this, it can be assumed that all of the outcomes, both positive and negative, will be more dramatic among those who are overweight or have preexisting conditions.

The study in action

Participants were broken into two groups. One group consumed dinners at 6 p.m., and the other group ate at 10 p.m. Each group was instructed to go to bed at 11 p.m. each night.

Participants were given an oral lip tracer that allowed researchers to measure the following:

After all of the data was adjusted for relevant factors, it was found that eating late dinners consistently produced biomarkers linked to obesity and chronic disease.

Researchers found that the four-hour window, when our bodies make sense of the glucose and important carbohydrates after we eat, overlapped in the late dinner group with sleep.

These findings do indicate that eating a late dinner, especially within an hour of going to sleep, can cause nocturnal glucose intolerance and reduce fatty acid oxidation, and mobilization. All of these findings show that late eating might promote obesity when practiced regularly. The lesson here is to eat early and of course, always eat healthily!

What about night time snacking?

When you fall asleep, digestion slows down dramatically but does not stop completely. There are lots of mixed opinions as to whether or not a nighttime snack is a good thing or a bad thing.

Going to bed with food in your stomach may help you fall asleep faster and stay asleep longer, according to some research. It has also been found that having a small and healthy snack before bed may decrease your desire for sweet and salty foods later in the night. Some new studies even suggest that having a protein snack before bed can help increase muscle mass and resting metabolism in healthy people.

On the other hand, researchers note that people are more likely to make unhealthy snacking choices at night. Choosing foods that are higher in sugar and starch. Eating too much at night can keep you in a vicious cycle of skipping breakfast and eating too much it the late hours of the day. Also, eating a large amount of food before lying down can bring on indigestion and heartburn and can result in weight gain.