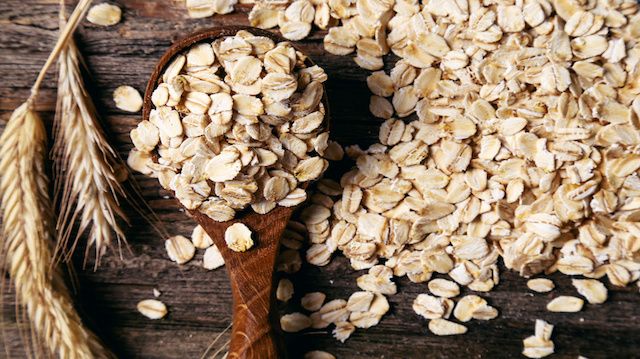 Oatmeal is a staple breakfast food for many across the country. In fact, it has been the number one breakfast food for a long time — about 130 years. Oats first became a mainstream part of American food culture when Quaker started its manufacturing process in 1850!

However, before you dive into a bowl of gluten-free oats or regular oats, there are a few things you need to know about the humble oat grain.

Since the 1800s, oats have been known for their health benefits, ability to satiate hunger, and their lowering effect on cholesterol levels. But for those with celiac disease or certain other autoimmune diseases, oats may not be so healthy and wholesome.

Though oats don’t contain gluten and are the lowest glycemic grain, they do contain similar proteins to those found in wheat, which may be tough for especially sensitive individuals. These proteins are known as avenin and gliadin.

For those with an autoimmune disease, there is often a sensitivity to multiple foods because of how the body senses proteins. Oats can be one of these foods. Other people may not be so sensitive to oats and tolerate them just fine.

Why you shouldn’t completely avoid oats

Keep in mind that oats are a very healthy food if you eat them in whole-grain form. Oats contain seven grams of protein per one-third of a cup, five grams of fiber, zero grams of sugar, and special fibers known as beta-glucans, which have been shown to promote fat loss, healthy blood sugar levels, and healthier cholesterol levels.

They’re also a great source of magnesium, calcium, iron, potassium, and zinc, and may help to lower diabetes and heart disease risk. So, don’t avoid oats unless they truly do make you sick; just be aware of how your body responds, especially if you’re sensitive to the gluten in wheat, barley, and rye.

In terms of blood sugar levels and satiety, it’s a good idea to stick to steel-cut oats and oat groats (the whole seed of the grain with no processing) as the healthiest options.

What’s the deal with gluten-free oats?

Many oats are labeled as being certified gluten-free, but before you pick up a package, it’s incredibly important for you to know how strict a company’s testing methods are. No processing can remove the natural proteins found in oats (avenin and gliadin). In fact, those proteins are also found in corn and rice in varying amounts, so oats aren’t the only grain you should be cautious of if you have severe food sensitivities.

Oats are also susceptible to cross-contamination when they are harvested in fields near wheat, or when they are processed with wheat.  Different companies that produce gluten-free oats have different levels of testing. Oats not labeled gluten-free can contain up to 100 ppm of gluten (which is enough to trigger a reaction in gluten-sensitive individuals).

In order for oats to be labeled gluten-free by the FDA, no more than 20 ppm of gluten can be present within a serving of oats. This is still high enough to trigger a reaction in those especially sensitive, which is where people often run into a problem. If a company producing gluten-free oats is really dedicated to being truly safe for celiacs, they normally go through a stricter testing process where their standard is less than 5 ppm of gluten.

Other companies go a step further and make sure their oats don’t contain any more than 3 pmm or less in a serving, which is often just fine. So, there’s no way to know unless you understand the company’s testing policy. All oat products that test below 5 ppm gluten may qualify to bear a special seal known as the CSA (Celiac Support Association) Recognition Seal for Innovative Products.

How to determine which oats to buy

First, investigate the type of testing your product has undergone. There are two types of testing methods for gluten-free oats. The most popular is Elisa testing, which tests for multiple food allergens. It’s the standard for measuring gluten in gluten-free oats, and doesn’t allow the gluten-free seal to be present on a food unless it is under 5 ppm. Companies that are the safest will label their oats to 3 ppm of gluten per serving, which is the lowest available on the market today.

Remember, oats do not contain gluten, so companies that carry the less than 3 ppm seal may actually produce oats that test for no gluten at all because their fields have not harvested wheat, barley or rye within the last several years. Check out the company you’re purchasing from to see what labels and testing methods they use. 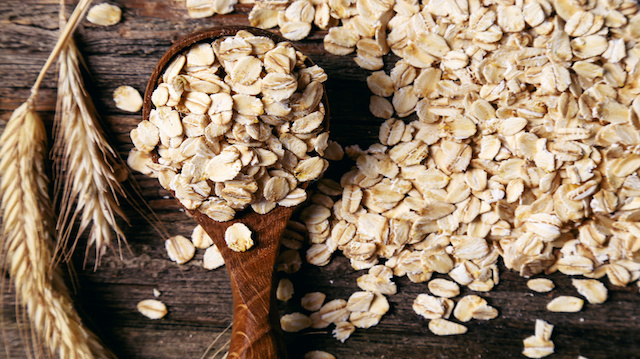 You can also go one step further if you love oatmeal, and only purchase from companies that produce gluten-free oats (and no other grains) to make sure no cross contamination ever occurs within a company’s production process.

If you love oatmeal, don’t quit eating it out of the fear of it containing gluten. As you can see, oats are normally safe for everyone, and some varieties can be safe for those with celiac disease, too. Just be cautious about purchasing oats labeled gluten-free if you’re sensitive to regular oats. America’s most popular breakfast can be safe and enjoyable with a little understanding of who you’re buying from.

For more help, you can also visit the Celiac Support Association. If you still don’t tolerate oats, feel free to enjoy buckwheat, quinoa, or amaranth instead. These three options are seeds, not grains, and are 100 percent free of gluten.