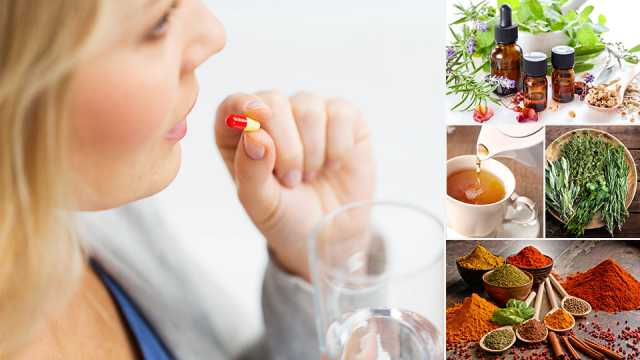 Few people would argue that the Western world has fallen head over heels in love with medicine. Without it, we’d all be completely lost. Wounds would fester, disease would run rampant, mental illness would skyrocket, and colds, flus and epidemics would sweep through our ranks like a scythe through an unsuspecting field of wheat.

Or so they would have us believe, anyway.

You see, we’re taught from a young age that the human body is apparently unable to look after itself. We’re also taught that illness and disease can prey on anyone, that it’s all just a case of luck. Independent thoughts that we might be able to control our own health destiny, as it were, are quickly snuffed out by the establishment — it’s a billion dollar industry, after all.

To help paint a picture, let’s dive into the rabbit warren that is cancer. When a person is diagnosed with cancer, they’re given heartfelt sympathy and condolence, bolstered by the support of friends and family, told they’re being brave in the face of calamity, and sent packing to the nearest hospital.

Many months of drugs, radiation, scans and stress later, they’ve either been lucky enough to “kill the cancer,” or it’s spread even further. Anyone finding themselves in the latter group would be given further condolences and support from friends and family on account of being doubly unlucky, and sent back to the hospital to go through another round of drugs and radiation.

But when we examine cancer for what it is, the medical establishment’s approach to simply destroy the cancer by whatever means possible (no matter the cost to the patient) doesn’t make a whole lot of sense. Cancer is the body’s response to an increasingly hostile environment, whereby cells group together to form protective communities that enable them to persist in this hostile environment.

Sure, those cells can kill us, but we’re actually the ones that are driving those mutating cells to do the killing. We create the hostile environment by putting harmful foods into our bodies, placing ourselves in a constant state of stress and exposing our organs to numerous environmental toxins. With that trifecta of toxic, our body becomes an acidic, oxygen-depleted environment, where none but those cells willing to mutate can survive. Those who recognize this know that we create the cancer in our bodies, and we can reverse the cancer without ever exposing ourselves to harmful drugs and chemo.

What can we do instead?

If you’re holistically minded and you’ve ever tried to explain this to anyone conventional-minded, at best you’ll be ignored and at worst you’ll be ridiculed or berated. People don’t want to hear that they’re in control of their own health destiny — they want to think that only medicine holds the answers, that they can pass on the responsibility of their health into the hands of men and women in white coats. It’s all very convenient.

It took me a long time to realize this. A lifetime of being taught to think that we must always trust doctors and the medicine they prescribe is hard to shake off. But the more I researched, the more I realized that in 99 percent of cases, there’s really no need for medicine.

At this point, I completely stopped visiting the doctor. I’d go years without setting foot in a clinic or medical center, choosing to resolve my health problems with critical thinking, research and natural solutions. I stopped taking painkillers for migraines, aches and pains, I avoided antibiotics like the plague, and I wouldn’t touch a cold or flu medication with a ten-foot pole.

I’ve never been healthier, and I’ve definitely never looked back. Here’s what I do instead of relying on medications.

It’s true that the internet is a minefield of misinformation, but there’s still plenty of reliable sources when it comes to identifying health conditions and their associated symptoms. Whenever I’d come down with something I didn’t recognize, I’d jump online and use sites like Mayo Clinic or WebMD to align my symptoms to potential afflictions or diseases. Sure, they’re conventional sites, but they’re reputable and they’ve got a wealth of information that you can use to become your own stay-at-home-doctor (within reason, of course).

The next step is to narrow down the affliction candidates using further research. Cross-checking symptoms between reputable health sites can often allow you to sort fact from fiction and take an educated guess on what you might be suffering from. Of course, if your symptoms are severe, it’d probably be best to seek medical advice anyway. You can always ignore that advice down the track if you don’t agree with it.

Once you’ve isolated the source of your symptoms, it’s time to address the root cause. This is where a medical approach can radically differ from a holistic approach. The medical mindset is to treat the symptoms, rather than the problem — it’s an effects-based system that only provides band-aid solutions in the form of medicine, which can make things even worse over the long term.

A holistic mindset dictates that one must get to the bottom of what’s actually causing the symptoms and treat the cause… it’ll then only be a matter of time till the symptoms go away, for good! With this in mind, tally up all the symptoms, plug them into Google, or chat to a holistic health practitioner and see what they say. Once you have a good idea of what might be ailing you, you can begin to address the problem.

This is the most critical step of all: using natural, proven methods to change your diet and lifestyle in order to treat the root cause of your health problem.

One of my biggest problems was constant digestive issues, which would often have me doubled up after eating. I did some research and realized that I must be suffering from gluten sensitivity, and just a few days after cutting out gluten-containing foods I started to see huge results. The gas and bloating had all but disappeared, the acid reflux was gone completely, and my bowel movements became more regular. All this from simply cutting certain foods out of my diet.

And most the time, it’s simple dietary changes that do a whole lot more than any one medicine could hope to achieve. Nutritional imbalances, food sensitivities and inflammatory foods can all dramatically undermine our health and lead to the development of chronic disease. Restoring nutritional balance and avoiding certain problem foods should always be your first course of action.

Another area to focus on is stress: are you in a constant state of panic or anxiety? You probably are. Introducing a conscious way of life, cutting out stress-inducing elements and practicing meditation will all go a long way towards helping you recover.