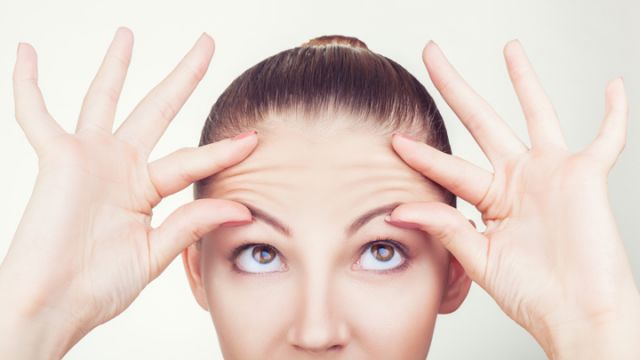 The anti-aging industry is exploding, reaching an estimated $262 billion in 2013 – up from $162 billion just five years before.

The variety of products included in the industry is also increasing, with supplements and beverages being added to the creams and skin injections. “Natural” skin care products such as beauty teas, mud masks and cactus water are becoming more popular.

And rich celebrities are promoting extreme forms of anti-aging, such as Anna Friel’s $775 “vampire facial” where blood is extracted from her arm and re-injected into wrinkles. Before big events, she has a facial with a Cryoderm machine where the temperature of the skin is heated up and then dropped to freezing again.

But very few of these products are held up to independent tests to prove they work. And there’s a reasons for that: they don’t. Especially not in the long term.

Most studies proving that creams result in some wrinkle reduction, for example, are conducted by the companies that sell those creams, on very small samples of people.

While there appears to be consensus among experts that most (but not all) skin creams are physically harmless, they are also rarely better than basic moisturizers like Vaseline or Cetaphil that sell for one-tenth or one one-hundredth of the price. In 2012, a reputable consumer testing group tried out seven skin creams and recommended none of them.

Some products may even be dangerous. Nerium Skin Care products, for example, are made from an extract of nerium oleander, one of the most poisonous common garden plants. The use of the extract in creams hasn’t been proven to be dangerous yet, nor has it been proven to be safe in the long term, though there have been reports of serious rashes and headaches.

But that doesn’t stop the product from being on the market and claiming to be “age-defying.” A few people on the internet have claimed Nerium works for them, because it makes their skin swell slightly. But that’s usually not good news.

In fact, a 2013 British report called for anti-wrinkle treatments such as dermal fillers and botulinum toxin injections to be only available on a prescription basis. Unregulated, patients have no protection. Poor treatment can result in infection, scarring, facial paralysis and even blindness.

And this anti-aging industry doesn’t just affect people over 50, though let’s be honest, it mostly affects women. There is much more pressure placed on women to look “right,” and while you see many older men hosting talk shows and being spokespeople, older women tend to be quite invisible and voiceless.

The industry also affects people in their 20s and 30s who seek to somehow “prevent” wrinkles or delay their onset. In 2012, for instance, nearly 489,000 botulinum toxin injections were administered to people aged 19 to 34 according to the American Society for Aesthetic Plastic Surgery.

The stories, celebrity media coverage and advertising about these anti-wrinkle products have a similar effect to other beauty “fixes” —they create a problem that isn’t there so that it can be fixed with over-priced, made-up products. And they create guilt and low self-esteem in order to invent a market and a “need.”

But ironically, worry and stress are among the worst things for one’s health, and could contribute to the wrinkles that are meant to be prevented —not to mention feeling like crap for something that is entirely natural.

Cortisol for example, is a stress chemical released into your body that increases blood pressure, blood sugar levels, hardens arteries, increases fat storage and lowers growth hormones. It also may play a role in osteoporosis, muscle and collagen loss, and is believed to weaken the immune system. Researchers suspect (but have not yet proven) that severe oxidative stress causes cell death and contributes to our aging process. Worry can affect how well you sleep, which then affects the aging process. Frowning, brow tensing and tightening of facial muscles when stressed also contribute to premature aging.

So we’re made to feel that aging is something to hide and that being old is the worst time of life. But aging isn’t an illness, and though it has its downsides, it’s also filled with awesomeness:

Skin changing with age is just one very insignificant aspect of the process of aging, yet it’s the one we’re encouraged to focus on. Respondents in a Harris Poll, however, named “50” to be the perfect age if they could stop time and live forever in perfect health.

It’s sad when the most a society can offer older people is fake creams and expensive care. We should be embracing and celebrating old age, putting older people with their knowledge and experience on a pedestal, rather than seeing them and their time of life as something to be avoided.