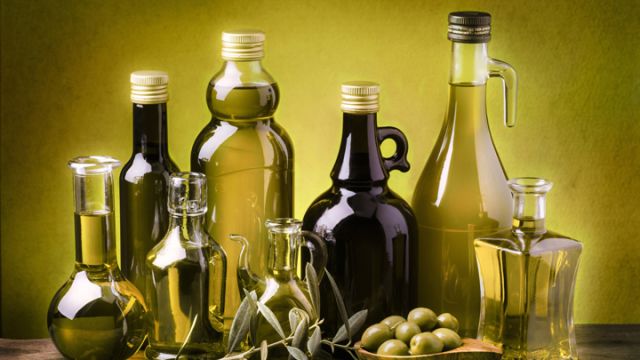 There’s a lot of rumor, speculation and misinformation surrounding the topic of cooking oils. We rely on them every single day to lubricate our frying pan, bolster our marinades, baste our roasts and dress our salads. And yet, the majority of us know next to nothing about them.

Typically, if you happen to strike up a conversation about cooking oils with someone, it’ll conclude with them swearing by one particular oil, which they use in almost all their dishes. Ask them why they swear by this oil, however, and they’ll likely feed you a series of rumors and second-hand information which justifies why that particular oil is better than the rest.

Ask them about important aspects of that oil, such as smoke point, oxidation and rancidification, and they’ll probably look profoundly confused or quickly change topics. Go easy on them — it’s not really their fault. Choosing the right cooking oil or fat for a given task is a very difficult process, and requires an in-depth look at a range of different attributes of that oil. And because oils are such an important part of our everyday lives, I’d like to guide you through everything you need to know, so you can confuse even more of your friends with your know-how and, more importantly, safeguard your health.

The two types of cooking oil

Any given oil can fall within one of two groups of fats: saturated and unsaturated. Knowing the type of fat your cooking oil is can help in the process of deciding whether it’s actually good for your health and if it’s the right oil for a given form of food preparation.

Saturated fats are the simplest, most dependable of the two fat groups. They have simple bond structures, and for this reason are less likely to undergo a chemical reaction when heat is applied. This makes them the more stable of the two fats, and they’re therefore often a better choice for medium to high-heat cooking. One easy way to tell whether an oil has a high saturated fat content is if it turns solid at room temperature.

You’ll notice that, with the exception of coconut oil and palm kernel oil, the majority of saturated fats are from animal sources.

Before I go any further, let me do you a huge favor and tell you to throw out any canola, corn, soybean or sunflower oils you might have sitting around. Despite what many outdated health advisors and websites would have you believe, these oils are bad for your health! The reasoning behind these advisories and websites condemning other oils is their high saturated fat content, however as you probably know by now, saturated fats are actually very beneficial to our health. Even the government and mainstream media are starting to grudgingly concede that they may have gotten it wrong all these years.

This may all sound like technical mumbo jumbo to you, but it’s important that you learn the differences. Why is it important? Well, for starters, monounsaturated fats are much more stable than polyunsaturated fats due to their simpler bond structure, meaning they’re generally better suited to high heat cooking. Next, trans unsaturated fats are just plain nasty, being the diabolical creation of the fast food industry, and always found in foods containing partially hydrogenated or hydrogenated oil. Avoid these foods at all cost, if you value your health!

The smoke point of cooking oil

After the complexities of the previous section, you’ll be pleased to know that the concept of a smoke point is an easy one to wrap your head around. Simply put, the smoke point of an oil or fat is the temperature at which it starts to produce smoke when heated. I told you it was simple!

But, while this is a simple concept, the 99 percent of people who use cooking oils likely have no idea what the smoke point of their oil is. They’d do well to find out, as an oil which has reached it’s smoke point can rapidly become very damaging to your health.

When you’re cooking with an oil or fat and it reaches it’s smoke point, it begins to break down and transforms into acrolein. Acrolein is one of the detrimental chemicals found in cigarette smoke and is a known carcinogen (cancer-causing compound). Therefore, knowing the smoke point of your cooking oil and staying below it can prevent you from breathing in carcinogenic fumes — probably something you want to look into.

The following graph provides a convenient list of common oils in relation to their smoke point. You might want to consider printing it off and sticking it to your kitchen wall — a little unsightly, but it could be instrumental in reducing your risk of cancer.

The (U) next to some oils and the (R) next to others signifies unrefined and refined, respectively. As you can see, the process of refining an oil makes it more stable and therefore more resistant to heat, however, it also generally removes a lot of the vitamins and nutrients found in the unrefined versions of these oils and fats.

After seeing this graph for the first time, I confess that I was somewhat dismayed to see my good friend butter at the bottom end of the spectrum. With a smoke point of only 150 degrees Celsius, it certainly isn’t fit for some of the high-heat cooking I usually use it for. But it’s revelations like these that make it all the more important to learn about the oils and fats we’re cooking with.

Alright, so now you’re familiar with the smoke point of your favorite cooking oils. Excellent. Arguably even more important than the smoke point, however, is the oxidative stability of your oils or fats. Oxidative stability is determined by an oils resistance to oxidation, the process of which causes the fat molecule of your oil to lose a hydrogen atom and transform into a diabolical free radical.

Free radicals, in case you’re not familiar with them already, are one of the great enemies of the human body. They attack our bodies at the cellular level, speeding up the process of aging and dramatically increasing our risk of developing a range of different diseases, cancer included.

For this reason, choosing an oil which has a solid oxidative stability, or is resistant to oxidation, is definitely a good thing. One thing to be aware of is that just because a certain oil or fat has a high smoke point, doesn’t mean it has a high oxidative resistance. In most cases it’s exactly the opposite, so there’s a bit of a trade-off unfortunately.

How to get the most out of your cooking oil

After reading through the above, you’re probably a little bit frustrated to learn how many variables there are governing the quality and use of an oil. Unfortunately, there’s no clear-cut winner, as an oil which has a high smoke point may be prone to oxidation and therefore become rancid easily. Likewise, an oil which is packed with nutrients and is resistant to oxidation may have a very low smoke point, and therefore only be useful for low heat cooking.

For this reason, it’s good to have a range of oils available, so that you have one for every possible culinary occasion. Also, to help you along, I’ve compiled a list of things you can do to get the most out of your oil and ensure you enjoy all of its health benefits and none of its potentially damaging effects:

It’s a lot to take in, but do your research, and your health will thank you for it.

Coconut oil is one of my favorite oils, both in the kitchen and around the house. Here are nine reasons why you might want to make it one of your favorites as well.