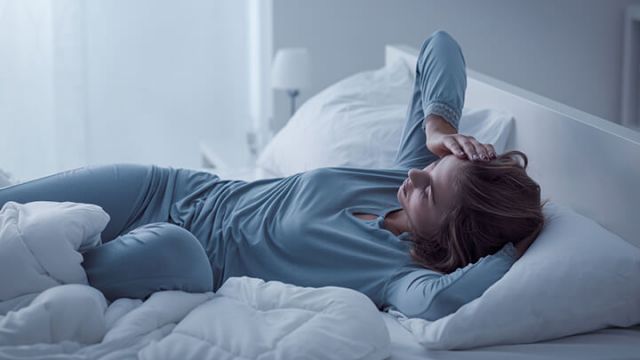 I’ve suffered from anxiety for most of my adult life, and probably a fair chunk of my childhood if I’m completely honest. While it’s often kind of like a background noise, constantly humming it’s awful tune but difficult to pinpoint, I’ve become used to sudden onslaughts of full-frontal anxiety seemingly out of the blue. And the time of day when I’ve most often been at risk has been first thing in the morning, as soon as I wake up.

And that’s not a great way to start the day. Waking up anxious can easily ruin your day before you even climb out of bed, and it can set a negative tone for hours if it isn’t consciously addressed.

Sometimes the morning anxiety can be fairly obvious to explain: a big meeting or presentation at work, a big assignment that’s due to an important interview later in the day. But then sometimes it can come seemingly out of the blue, with no apparent rhyme or reason. And when this happens, there’s almost certainly some underlying reasons as to why you’re so darn anxious immediately after waking. Here are four reasons why you’re waking up anxious.

1. You’re immediately looking at your phone

It’s official: the days of the alarm clock radio are long gone. Why would you need a clunky clock radio sitting beside your bed when you can wake up courtesy of your fave device in the whole world…your phone! And invariably, as you lean over to turn the alarm off on your phone, you can’t help but check your emails, messages, and various social media accounts.

But as you delve into your messages and emails, you find your thoughts turning to the day ahead. An email from your boss (who annoyingly always sends an email at 6 a.m., presumably just to prove a point) asking for that document you were supposed to finish yesterday; a message from a potential client asking if you can meet certain tasks and deadlines; a message from your mother asking you to bring the family over for dinner…the list goes on, and as the days task materialize mere moments after waking, the anxiety creeps in.

If this sounds like you (it was definitely me!), it might be time to dust off the old clock radio and leave your phone in the other room. But if you think you can avoid temptation, when your phone alarm goes off in the morning simply turn it off, wake up, and get up — no checking your messages!

You knew you had to clean up your diet at some stage, but did you ever think it was contributing to your morning anxiety? What you ate the night before, what you usually eat (or don’t eat) in the mornings, and even what you ate a few days ago could be causing you to feel anxious upon waking.

In particular, if you tend to indulge in something caffeine-rich at night, that caffeine kick could be filtering negatively into your morning state of mind. Coffee, tea (unless it’s herbal), dark chocolate and even soda can all send a surge of caffeine into your system that can remain in your system well into the next morning. If this is you, restrict your daily caffeine hit to morning time, to allow the caffeine to work its way out of your system before bed.

Then there are the mornings. The number of people I’ve met over the years who indifferently proclaim that they don’t really bother with breakfast still astounds me. Funnily enough, I’ll usually see these same people carting around a large sugary coffee most of the morning, and invariably looking a bit worse for wear. That’s because our blood sugar levels take a huge dive every night, and we need a solid breakfast first thing in the morning to get them back up again. If you’re not eating soon after waking, your low blood sugar levels are undoubtedly causing your anxiety to skyrocket.

Then there are the likes of gluten. It took me a long time to realize that I was sensitive to gluten, and when I cut it out of my diet I noticed something remarkable: my anxiety had virtually disappeared! And that’s actually more common than you might think: a 2010 study published in the World Journal of Gastroenterology found that celiac disease patients were almost 50 percent more likely to suffer from anxiety than people who have no sensitivity to gluten.

If you suspect you have a food allergy like gluten sensitivity, try cutting the food out of your diet for at least a couple of weeks and see whether your morning anxiety becomes a distant memory.

The links between sleep deprivation and anxiety have been well established within the scientific community for decades. Studies in rats show that severe loss of sleep results in significantly more anxious behaviors, while even physically and psychologically healthy adult humans are susceptible to anxiety from a poor night’s sleep.

So if you’re not sleeping long enough, or your quality of sleep during the night is on the poor side, you’re far more likely to suffer from morning anxiety than if you’d had a good night of shuteye. Do whatever you need to improve your sleep: make your room as dark as possible, go to bed earlier, make sure your room temperature is relatively cool, and avoid electronic devices before bed.

4. You drank too much last night

If you’ve ever had a big night on the booze then woken up with a heady dose of anxiety (along with a killer headache), you’re probably well aware of the negative effect that alcohol can have on your brain chemistry the next day. But even just one or two glasses of wine the night before can result in an anxiety breakout upon waking, especially for those of us who are already anxiously predisposed.

If this is you, it’s probably best to stay away from alcohol wherever possible. Or at the very least save your drinking for the weekend, so you don’t have things like work to worry about on top of your booze-induced anxiety.