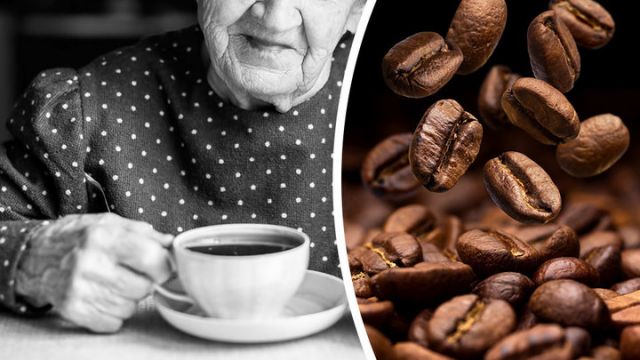 Drinking a cup of roasted organic coffee in the morning may be one of the best things you can do all day to stay healthy and live a long life. Over the years, researchers have found overwhelming evidence about coffee’s health benefits. But now, scientists are really beginning to understand the causal mechanisms that help explain just how coffee helps keeps aging and disease at bay.

Why coffee is an antioxidant powerhouse

You can think of coffee as a plant-based medicine. It is packed with phytonutrients, antioxidants and (of course) caffeine. When most people think of antioxidant foods they think of berries, artichokes and spices like turmeric. But medium roast Arabica coffee has an oxygen radical absorbance capacity (ORAC) score of 2,780. That means coffee is a more potent free radical scavenger than good sources like pomegranate juice, broccoli, cardamon spices, green tea, organic red wine and apples.

The fact that coffee can more than hold its own against fruits and vegetables as a source of antioxidants will surprise lots of people. Another unexpected revelation is how beneficial caffeine can be. Plants developed this compound as a defense mechanism (to ward off predatory insects). But scientists have discovered that caffeine, in addition to being a natural stimulant, has both powerful antioxidant and anti-inflammatory properties.

Scientists believe that coffee’s formidable capacity to counteract inflammation is key to its ability to both prevent and reverse disease. Recently, for instance, researchers at the Institute for Immunity, Transplantation and Infection at Stanford University in California discovered clear evidence that caffeine targets gene clusters that produce inflammation linked to cardiovascular disease. The results of their study, which were published in the journal Nature Medicine, strongly suggest that drinking three to five cups of coffee a day effectively shortcircuits inflammatory processes that are associated with heart disease, hypertension and strokes.

Intriguingly, the cellular, metabolic and genetic processes that caffeine targets (and interferes with) involves not just inflammatory responses, but also the aging process. Consequently, caffeine not only inhibits chronic inflammation (which most naturopathic physicians believe is the root cause of numerous diseases), but it also counteracts aging.

Dr. Mark Davis, the lead author of the study, sums up the results this way. “That something many people drink — and actually like to drink — might have a direct benefit came as a surprise to us. What we’ve shown is a correlation between caffeine consumption and longevity. And we’ve shown more rigorously, in laboratory tests, a very plausible mechanism for why this might be so,” he said.

For optimum health, drink 3 to 5 cups per day

There is an abundance of scientific evidence showing that moderate coffee consumption (three to five cups per day) is associated with numerous health benefits. These include:

The amazing health benefits of coffee are beyond dispute. The recent research, which illuminates the mechanisms by which the caffeine in coffee disrupts inflammation and effectively inhibits processes associated with aging is (of course) very compelling. But it is also just the tip of the iceberg. Coffee is loaded with other powerful antioxidants as well such as cafestol, chlorogenic acid, melanoidin and quinine. No wonder then, that scientists have found that people who drink three to five cups of coffee daily have a 17 percent lower mortality rate overall.

…But too much can be detrimental

There are some caveats, however. More coffee is not necessarily better. Studies show that excessive caffeine consumption (eight or more cups of coffee per day) can actually increase a person’s risk of getting heart disease. In addition, not all coffee is created equal. The highest antioxidant benefits are found in organic coffee that has been deep roasted. In contrast, many commercial blends use lower-quality coffee beans that have been sprayed with pesticides and have been heavily processed (which results in lower antioxidant levels).

Finally, pregnant women especially need to avoid excessive caffeine since it may increase the risk of a miscarriage. However, the American College of Obstetricians and Gynecologists says that one cup of coffee per day is generally considered safe during pregnancy.

To get the full benefits of coffee, health experts recommend going organic and avoiding artificial sweeteners and non-dairy creamers. Instead opt for antioxidant-rich ingredients like coconut milk and all-natural spices such as turmeric, cinnamon and cocoa. That way, your brew will be a super healthy and delicious way to start your day.