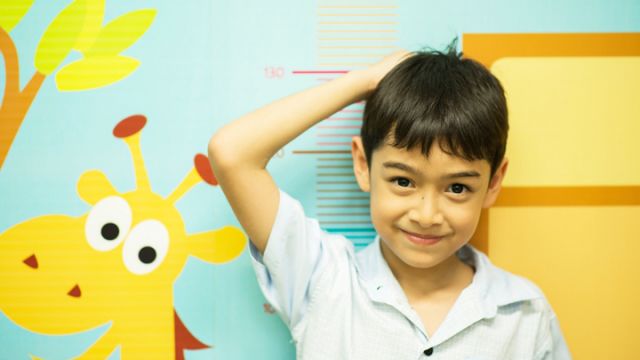 Veganism has garnered considerable attention and attracted mainstream popularity in the last six years. Celebrities like Alicia Silverstone, for instance, have called attention to the health benefits of a plant-based diet.

Further, a growing ethical awareness to treat animals humanely and ecological concerns regarding the pernicious effects of industrial agriculture have helped drive interest in a lifestyle that avoids animal products altogether.

Unfortunately, veganism has attracted notoriety for another reason. Lately, a number of high-profile incidents involving malnourished children following a vegan diet have grabbed the headlines.

For instance, an Italian baby was recently removed from their parent’s custody after being hospitalized for severe malnutrition. According to reports in the local press, the fourteen-month-old weighed only as much as a typical three-month-old. In addition, the child had a congenital heart condition, which was aggravated by severely deficient calcium levels caused by a vegan diet.

Similar cases have surfaced worldwide. In 2007, a couple in the United States was sentenced to life in prison after their 6-week-old baby died of starvation after being fed a diet that consisted largely of soymilk and apple juice. Episodes like these prompted a New York Times editorial, entitled “Death by Veganism,” which cast a harsh light on the wisdom of a vegan diet for children. The article also prompted a strong counter-reaction among vegan advocates.

Cases of malnutrition due to veganism are the exception rather than the rule. In fact, the majority of nutritionists appear to agree — with some caveats — that a well-planned vegan diet can be healthy, at least for adults. But what about for kids and toddlers?

To begin with, there are health advantages for adults who follow a vegan diet. Eating non-dairy and non-meat foods inevitably means consuming less saturated fat, which is correlated with lower levels of cholesterol, heart disease and cancers. Also, vegans tend to have a healthier Body Mass Index (BMI) than the average person, which is associated with a lower risk of metabolic diseases like diabetes.

However, a vegan diet includes fewer micronutrients, which put practitioners at a greater risk for malnourishment. That’s because it’s hard to get many of the things we need – particularly B vitamins, vitamin D, calcium, iron and omega-3 fatty acids – solely from vegetable sources.

Therefore, it is especially important for vegans to carefully select and balance plant-based food sources with an eye to getting all the nutrients they need. Otherwise, they will need to take nutritional supplements to make up for any deficiencies.

Avoiding animal products altogether makes it difficult – but not impossible – for vegans to get enough protein and amino acids. Registered dietitian, Katherine Tallmadge, says a vegan diet for kids is “doable, but parents need to be very knowledgeable since a child’s nutrition needs are so intense.”

Melinda Johnson, a nutrition expert who teaches at Arizona State University, cautions that getting enough protein is something all vegans need to be concerned about. Nuts, calcium-fortified soy milk and beans can serve as plant-based protein sources, but as Johnson notes, “if [animal-based] nutrients are not replaced, then it can be quite dangerous” for a child to go vegan.

Despite the significant challenges, the Academy of Nutrition and Dietetic concludes that a “well-planned vegan diet” can meet the nutritional and health needs of toddlers and children. However, here are five reasons that the rewards of a vegan diet for kids are not worth the risks.

1. Human beings are natural omnivores, not herbivores. Our bodies have evolved specifically to digest and take advantage of animal protein. As food writer Nina Planck notes, “We have an extraordinary need for nutrients not found in plants.”

2. Soy milk – which vegans typically substitute for cow milk – is by no means ideal for newborns. To begin with, it is a poor source of calcium and other nutrients that a growing child needs. Second, there is some evidence that excess soy may undermine the thyroid, which is vital to growth and a healthy immune system.

3. Studies show that 80 percent of vegans test low for vitamin B12, which is important for a child’s mental development.

5. Research shows that babies need a critical fat called DHA, but this nutrient is found to be greatly depleted in the breast milk of vegan moms.

In sum, choosing a vegan diet and lifestyle can work for adults, but it poses significant risks and challenges for children. For many, veganism is a way of life and a sense of identity. However, as wellness columnist Tara Parker-Pope observes, it is a commitment “fraught with physical, social and economic challenges.” Adults are capable of wrestling with the responsibilities and trade-offs of veganism. However, imposing the vegan diet on children appears to conflict with the best scientific and nutritional advice available.