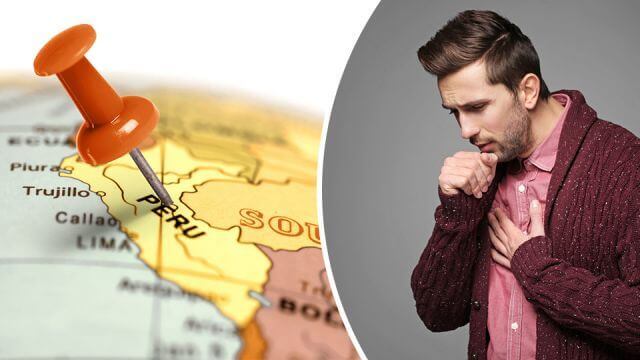 When most people think of Peru, they picture soaring mountains, lush jungles and exotic people. Despite rapidly becoming a booming tourist hotspot, this South American country retains much of its traditional ways, and in many respects, the real Peru very much conforms to our exotic notions of the place.

Eager to explore this Andean wonderland for myself, I made a brief but exciting foray into Peru in mid-2010. Even then, the influx of Western tourists was beginning to erode some of the millennia-old traditions imbued on the various cultures inhabiting the country. Despite this, I was pleasantly surprised to see that Peru remains a unique land filled with indigenous knowledge and fantastic natural beauty.

As I traveled from the capital, Lima, down the coast to the desert oasis of Huacachina and then up into the highland strongholds of Arequipa and Cusco, the disparity between landforms and ecosystems astounded me. As we flew from the ancient Incan city of Cusco to Puerto Escondido, deep in the Amazon rainforest, I was once again blown away. In less than two weeks, I’d gone from 200-foot sand dunes to mountain passes higher than 16,000 feet, then all the way back down to lush Amazonian rainforest.

Unsurprisingly, this diversity of landscapes and ecosystems means a vast plethora of plant species are native to Peru. And it is for just this reason that the Peruvian people have such an impressive array of natural cures for anything from rheumatism to liver disease.

The many natural remedies and cures of Peru

Throughout my Peruvian travels, I caught the occasional glimpse of natural remedies and cures derived from the native plants of the region. Tiny homes housing herbal dispensaries that boasted cures for colds, flu, respiratory illness, and any number of maladies and diseases. Market stalls advertising natural concoctions designed to treat kidney problems or blood poisoning. I saw women on little mobile carts selling their herbal decoctions in town squares. Clearly, this was a nation that still put great faith in natural cures.

But that was only the tip of the iceberg. A 2010 study published in the Journal of Ethnobiology and Ethnomedicine uncovered a whopping 974 herbal preparations within the indigenous cultures of Peru, while another study found that 510 different plant species are used in natural Peruvian cures in the northern part of the country alone. Researchers theorized that these herbal cures dated as far back as the Moche period, beginning almost 2,000 years ago.

So the question is: can we draw a little remedial knowledge from the ancient (and modern day) Peruvians? How many of those natural cures can we utilize to effectively cure our own infections, both inside and out? Plenty, as it happens.

A 2011 investigation found that 96 species of plants in Northern Peru were being used as anti-infective herbal remedies at the time of publication. Considering that’s just in the northern part of the country, it’s fair to say that there’s plenty more where that came from. Here’s just a few.

Llanten is the Peruvian indigenous name given to the species Plantago linearis, an herbaceous plant native to Peru and other parts of northern South America. Llanten is used as a cure for urinary tract infections, tuberculosis, hepatitis, asthma, bronchitis, conjunctivitis and a whole lot more. Research shows that both the whole fresh plant and the roots of llanten are used in traditional Peruvian cures, and can be applied as a poultice or salve for the cleansing of wounds to prevent infection.

Known simply as “molle” to many Peruvians, Schinus molle or “Peruvian pepper” is an evergreen tree that grows to a height of around 50 feet (15 meters). Found in the arid Andean regions of Peru, the tree produces bright pink fruits that are often sold as “pink peppercorns” — although there’s no actual relation to real pepper.

According to scientific sources, molle is something of a jack-of-all-trades in the remedy arena, and is traditionally used for vaginal infections, bronchitis, coughs, colds, chills, inflammation, cancer, tuberculosis and more. If just half of these claims are true, it seems this small evergreen would give any adaptogen a run for its money.

This species is a slender, ground-covering plant native to Amazonian Peru and other tropical regions of South and Central America. Its range is impressive, and it can be found as a weed around houses close to sea level or in damp mountainous areas as high as 8,200 feet (2,500 meters). As with many such hardy plants of South America, the leaves and stems of P. galioides are loaded with active compounds that have been utilized by indigenous Peruvians for centuries.

A 2004 study published in the Journal of Ethnopharmacology examined the medicinal potential of organic and water-soluble extracts of P. galioides. Researchers found that high levels of both grifolin and grifolic acid in the stem and leaves were responsible for the plant’s effective inhibition of infection, especially against Staphylococcus aureus and Staphylococcus epidermidis. Another study showed that this Peruvian plant could also exhibit strong antibacterial activity over Leishmaniasis, a parasitic disease affecting over 12 million people worldwide.

Known as Lengua de Vaca to the native Peruvians, the fresh leaves of this plant have long been used as a way to cleanse surface wounds and prevent infection. Conveniently, the leaves can also be crushed up to form a poultice that reportedly prevents the peeling of skin after a sunburn.

You can probably guess from its Latin name what most people would know this herb as: chamomile! While not native to Peru, traditional Peruvian cures using tinctures of the fresh whole plant are numerous. Otherwise known as manzanilla (it took me a long time to remember that in Mexico, whenever I wanted to order a chamomile tea), M. chamomilla is used for treating wound infections, vaginal cleansing and blood purification.

This is one Peruvian cure that you’re bound to have sitting around at home — just steep a strong brew of pure chamomile tea!

This shrub is one of the more famous of the natural Peruvian cures — otherwise known as achiote. It’s sometimes called the lipstick tree and is best known as the source of annatto, a natural orangey-red condiment.

But beyond its culinary uses, achiote is also used to treat a number of common ailments. These include urinary tract infections, kidney inflammation, enlarged prostate, bronchitis and hemorrhages.

While many of these Peruvian cures have been used for thousands of years, not all of them are necessarily safe or effective. Before using any of them, do your research — and if in doubt, ask your doctor! But chances are they won’t have heard of it…