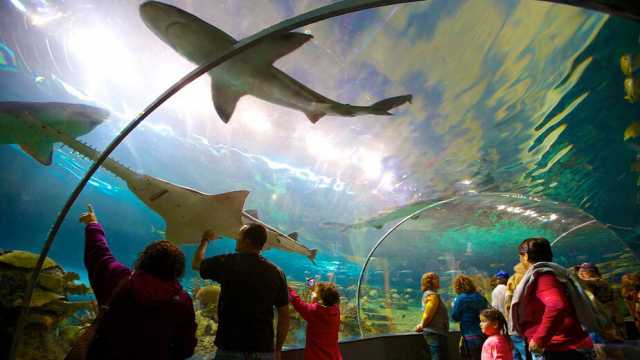 A historic fire is sweeping through Gatlinburg, a mountain town in eastern Tennessee, due to high winds and the area’s worst drought in a decade. So far, the fire has destroyed more than 150 homes and businesses. More than 14,000 people have been evacuated. At least 14 structures are still smoldering. The story went viral on social media as news outlets reported that 10,000 animals at Ripley’s Aquarium of the Smokies were directly in the fire’s path.

Ripley’s Aquarium of the Smokies

As of Monday night, the raging fire was a mere 50 yards from the aquarium, prompting a mandatory evacuation of all the workers. Sadly, the 10,518 animals — many of them endangered species — had to be left behind until further notice.

General Manager Ryan DeSear told local news source WBIR that he had to force many of the employees to evacuate because they didn’t want to leave the animals alone. “To them, every animal has a name. You don’t give that up,” he said.

He added that as long as the building didn’t catch fire, the aquarium would operate on its own for 24 hours without human intervention. “As long as we have fuel in our generators, that aquarium can run on its own,” he said.

Our team of Marine Biologists and Life Support Experts inside the Aquarium are happy to report the animals are safe.

According to a noon update on the Ripley’s Aquarium of the Smokies Twitter and Facebook pages, all of the animals are safe and under care by marine biologists. The webcam is still active and the building is still standing. However, the aquarium will remain closed until the evacuation is lifted.

“We would like to thank our dedicated aquarium team that stayed as late as possible before being forced to evacuate when fires approached the back of our building. We are grateful to have had the police escort our emergency team back into the aquarium early this morning to check on the well-being of our animals,” said the Facebook page. 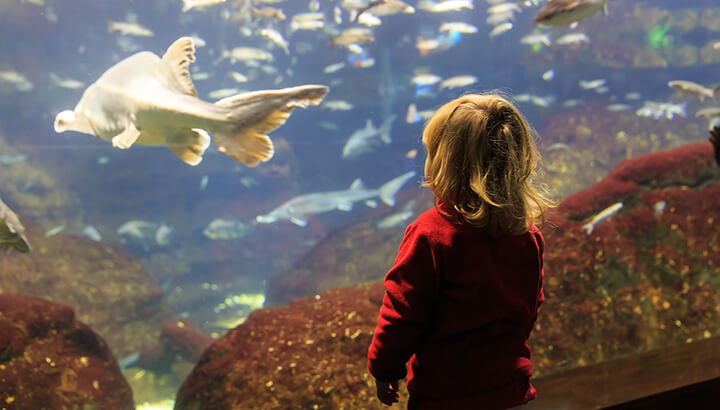 With the wealth of negative news stories about animals in zoos and aquariums, at least this one did not end in a tragedy.

With animals in captivity, there’s always a risk. Captive animals may be subject to neglect or abuse, be taunted by crowds or suffer from zoochosis — a mental condition characterized by compulsive, repetitive behavior like chewing on bars or walking in circles. Additionally, privately-owned facilities may not meet space, nutrition or social requirements for the species they are housing.

If you do visit a zoo or aquarium, at least make sure that it’s accredited by the Association of Zoos and Aquariums (AZA), a non-profit organization dedicated to animal welfare. While accreditation doesn’t eliminate all of the issues associated with animals in captivity, the requirements keep animal health, conservation and education in mind. AZA inspections look for the following:

You should always feel empowered to ask animal care staff about any species or exhibit that you see as well. Ripley’s Aquarium of the Smokies has been accredited by the AZA through March 2018. See if your local zoo or aquarium is one of the 232 accredited facilities here.