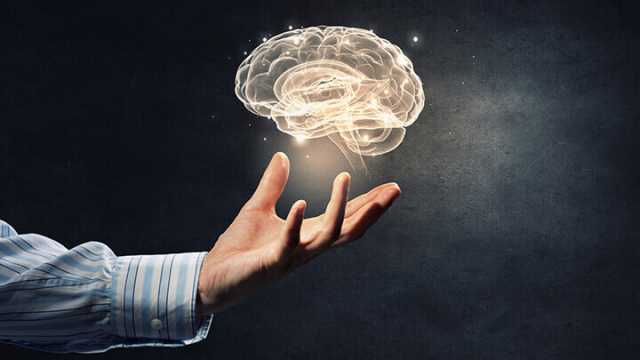 Today scientists are learning more and more about what it takes to keep our brains in top form. It turns out, what you need are some simple lifestyle changes. In fact, just by eating right and doing the proper exercises — physical and cerebral — you can strengthen your brain.

If what you eat affects your body, then it only makes sense that your food choices will work for or against your brain. And that’s due to the brain/gut connection. The gut helps keep your body’s immune responses and inflammation in check. Additionally, gut hormones that enter the brain or are produced in the brain influence cognitive function. Understanding and processing new information, staying focused and recognizing when we’re full are all connected between the gut and brain.

Brain foods rich in antioxidants, good fats, vitamins and minerals provide energy and help ward off brain diseases. So, when you focus on fueling your body with whole, nutritious foods it benefits both the gut and the brain. But, naturally, some foods are more beneficial for your brain than others. 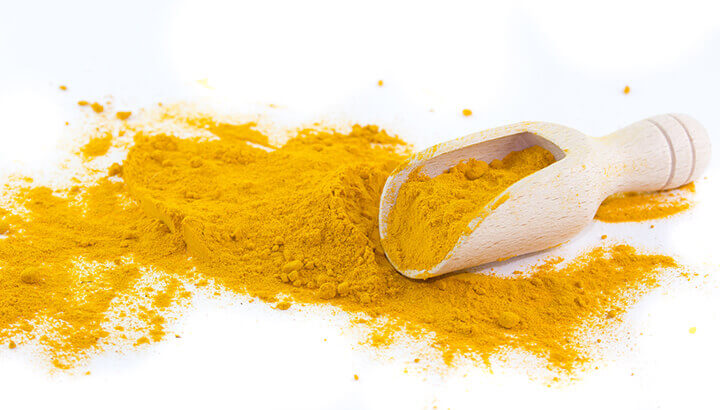 This yellow super spice, often used in curry, seems to be everywhere these days, and for good reason. Turmeric has so many healthful properties that currently there are over 6,000 published studies proving that it really is a super spice.

But how does it strengthen your brain? Turmeric’s main active compound is the anti-inflammatory antioxidant curcumin. Curcumin can cross the blood-brain barrier. That’s one reason why it holds promise as a neuroprotective agent in a wide range of neurological disorders. Curcumin may be beneficial for Alzheimer patients by helping inhibit the accumulation of beta amyloids in the brain.

Research at the Stanford University School of Medicine has shown how beta-amyloid is strongly linked to Alzheimer’s disease. It destroys synapses (a structure that permits a nerve cell to pass an electrical signal to another cell) before it clumps into plaque, leading to nerve cell death. But according to research from the UCLA School of medicine, curcumin boosts memory and stimulates the production of new brain cells. This process is known as neurogenesis. In addition,

In addition, animal research suggests that another compound in turmeric called aromatic-turmerone can actually increase neural stem cell growth in the brain by as much as 80 percent. Neural stem cells separate into neurons and play an important role in self-repair.

Avocados are often passed by because of their high fat content. But it’s important to note that avocados are packed with monounsaturated fats. Those are the good fat that prevent the hardening of blood vessels. That means proper blood supply to the heart and the brain. And healthy blood flow means getting enough oxygen, glucose and other vital nutrients that are essential for strengthening your brain.

A single serving (100 grams) of avocados contains vitamin K, 26 percent of folate and 20 percent of the RDA. These are extremely beneficial for brain health, helping prevent blood clots, thus protecting against stroke. They also help improve cognitive function, especially both memory and concentration.

Loaded with omega-3 fats, wild Alaskan salmon helps fight inflammation in the brain and protects brain cells. A study published in the journal Neurology followed 2,157 women with normal cognition for almost six years. Research found that the women with high levels of omega-3 fats in their diet had greater cognitive protection than those with low levels. 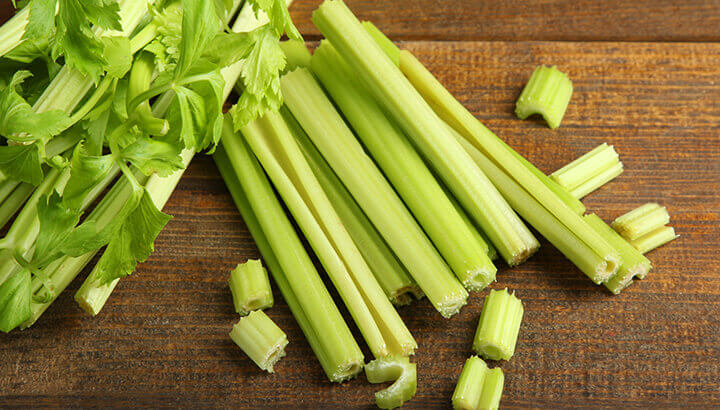 Did you know that snacking on a humble celery stick could strengthen your brain? Celery’s rich source of luteolin calms inflammation in the brain. Inflammation is the main cause of neurodegeneration or cell death. Research from the University of Illinois found that luteolin is linked with lower rates of age-related memory loss in mice. Additionally, older mice fed a luteolin-supplemented diet scored better on learning and memory tasks.

Here’s another great reason to eat your veggies. Both broccoli and cauliflower are good sources of choline, a B vitamin known for its role in brain development. Choline deficiency may also play a part in age-related cognitive decline, including memory loss and Alzheimer’s disease, according to research. That’s because choline helps with neurotransmitter maintenance. With age, nerve signaling may decrease, bringing on dementia.

Adding walnuts to your diet provides some great benefits for your brain. A 2012 report in the Journal of Alzheimer’s Disease found that eating walnuts was associated with better memory and brain function. Research from the Developmental Neuroscience Laboratory in New York showed significant improvement in learning skills, memory, anxiety and motor development in walnut-fed mice. Researchers suggest that the high antioxidant content of walnuts seem to protect the brain from degeneration typically associated with Alzheimer’s.

The primary fuel your brain requires is glucose. But, your brain is also able to run on more than just glucose. It can also run on ketones. Ketones are what your body produces when it converts fat — as opposed to glucose — into energy. The medium-chain triglycerides (MCTs) found in coconut oil are an excellent source of ketone bodies. Coconut oil is about 66 percent MCTs, and they metabolize a little differently than most types of fat.

Medium-chain triglycerides go directly to the liver where they are naturally converted into ketones. The liver then releases the ketones into the bloodstream where they are transported to the brain for fuel. Under normal circumstances, brain cells use glucose for energy, and ketones are the brain’s backup plan. However, evidence suggests that ketone bodies may help restore and renew neurons and nerve function, even after damage takes root.

But apart from eating brain-healthy foods, research now suggests that even simple exercising can help strengthen your brain. According to research published in the journal Neurology, walking and even doing aerobic exercises benefit the brain. So, if you’re looking to improve your memory, throw on your walking shoes. In fact, doing so three times per week may help preserve memory function in older people with existing cognitive impairment. The study involved people with vascular cognitive impairment — the second most common cause of dementia after Alzheimer’s disease. Vascular cognitive impairment includes damage to large and small blood vessels, resulting in memory and thinking skill problems.

Researchers studied 70 people aged around 74 years who had mild vascular cognitive impairment. Half of the participants exercised for one hour, three times a week, for six months. The other half received information monthly about vascular cognitive impairment and a healthy diet. However, no information on physical activity was given. All participants were tested before, at the end and again six month after the study completed. They were tested on overall thinking skills, executive function skills such as planning and organizing, and how well they could complete daily activities.

Those who exercised showed a small improvement on overall thinking skills compared to those who did not exercise. Although results are modest, they’re similar to previous studies that tested using drugs for people with vascular cognitive impairment. Interestingly, six months after the participants stopped the exercise program, their scores were the same as those who did not exercise. Participants who exercised also improved their blood pressure and walking endurance, which measured overall cardiovascular capacity.

Add weight training to the mix 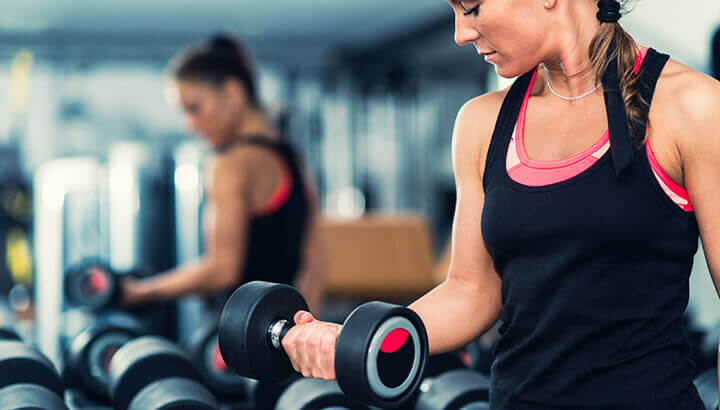 In 2012, the Center for Brain Health compared the efficacy of cardio exercise and weight training on cognitive functions in women with early signs of dementia. Those who did weight training showed significant improvements in both memory and executive functions. When neuroimaging was performed after weight training, more neural activity was observed in areas of the brain responsible for memory and executive function. This means that even with early signs of cognitive impairment, the brain can bounce back with appropriate physical activity. Weight training — as little as once or twice a week — can reduce cognitive decline. It may even change the course of the disease. But apart from physical exercise, let’s look at other mental exercises that can help strengthen your brain.

Not only does meditation help keep emotionally collected, research shows that mindfulness meditation can literally change your brain. Neuroscientists at Massachusetts General Hospital and Harvard Medical School were the first to study the benefits of meditation and test them in brain scans.

Researchers found that longstanding meditators have an increased amount of gray matter in areas of the brain. When you’re meditating, you’re paying attention to your breathing, sounds, the present moment and shutting cognition down. Therefore, it stands to reason that your senses would be enhanced, suggests study lead Dr. Sara Lazar. Researchers also found that meditators had more gray matter in the frontal cortex. This area of the brain is associated with working memory and executive decision making. So why does gray matter, matter?  Because gray matter serves to process information in the brain.

And you don’t have to spend hours a day meditating to take advantage of its brain-boosting power. Research shows that just 40 minutes of meditation a day will do the job. In addition, you’ll even see improvements after just eight weeks.

Now you know that all it takes is a few lifestyle changes to strengthen your brain. And by making those necessary changes, it could mean the difference between growing old with dementia and growing old gracefully.