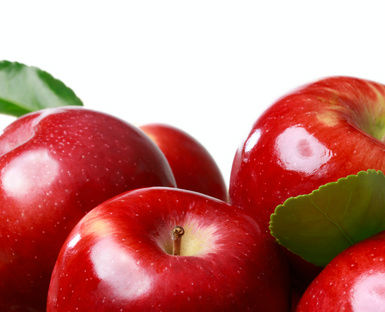 We have all heard the old adage ‘an apple a day keeps the doctor away’ and probably quote it from time to time, especially when trying to convince our family members, or ourselves, to eat more apples.

In fact, the saying is so popular that it truly is the first nutritional advice that many parents give their children. Because apples are so easy to eat, they often become the first ‘powerfruit’ that children consume. What’s not to like, right? Apples are sweet, colorful, relatively inexpensive, available, easy to grow and highly portable.

Fiber-rich foods, like apples, are low energy density foods, in other words, you get to eat a lot of food without a lot of calories. Fiber helps slow down the conversion of carbohydrates to sugar, so high-fiber foods can help normalize blood sugar levels. Fiber also increases insulin sensitivity, which is the measure of how well cells respond to insulin and reduce the level of glucose.

Soluble fiber is like a sponge; it absorbs excess cholesterol and toxins. This apple fact alone was enough to spur Oxford researchers into an investigation of just how powerful apples really are when they go head to head with statins in the fight against vascular disease.

Researchers used mathematical models to test how apples might compare to statins in the United Kingdom population. They assessed the impact that giving a statin a day over an apple a day to people aged 50 and over not currently taking statins would have on vascular mortality. The impact that eating an apple was also assessed in the population of those already taking statins.

Oxford researchers estimated that 5.2 million people are eligible for statin treatment in the UK and that 17.6 million who are not currently taking statins would be offered them if they were recommended as a primary prevention measure in people over 50 years old.

They calculated that if the 17.6 people took a daily statin the number of annual vascular deaths would be reduced by 9,400 while offering an apple a day to 70% of the entire UK population over 50 would avert 8,500 deaths. However, the side effects of statins were predicted to lead to over 1,000 cases of muscle disease and over 10,000 extra diabetes cases.

Dr. Adam Briggs from the study group said: The Victorians had it about right when they came up with their brilliantly clear and simple public health advice: “An apple a day keeps the doctor away.” It just shows how effective small changes in diet can be, and that both drugs and healthier living can make a real difference in preventing heart disease and stroke. While no-one currently prescribed statins should replace them for apples, we could all benefit from simply eating more fruit.”

A Note About Statins

Today, over 40 million people around the world are prescribed statins to lower cholesterol and to prevent cardiovascular disease. These highly controversial drugs are often used as a tool to help reduce the risk of vascular disease, especially in those aged 50 and older.

However, more and more research is showing that statins may do much more harm than good. A new study has linked statin use with a higher risk of developing diabetes.
Canadian researchers recently performed a population-based study of 1.5 million Ontario residents over the age of 66 who were taking statins. Statistics were compiled and analyzed from several different databases, including the Canadian Institute for Health Information Discharge Abstract Database.

The risk of diabetes onset was studied alongside specific statins, namely pravastatin, fluvastatin, lovastatin, simvastatin, rosuvastatin and atorvastatin, and was found to increase with the use of many of these statins. To explain their findings, researchers hypothesize that the elevated risk of diabetes has to do with the statins’ effect on insulin secretion and insulin release.

Analysis results showed that different statins had different effects on diabetes risk. Atorvastatin was found to increase the risk of the onset of diabetes by 22 percent, rosuvastatin by 18 percent, and simvastatin by 10 percent.

However, one glaring bias in the study was that diabetes risk percentages were set relative to each other, and not compared to patients this age who were not taking statins.
By this comparison, some statins seemed to lower diabetes risk by a tiny margin (5 percent with fluvastatin and by 1 percent with lovastatin). However, this by no means indicates that these statins are safe. 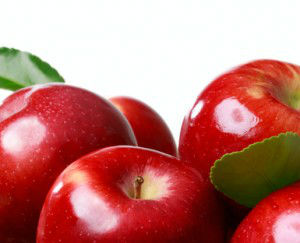 Diabetes is not the only disease that may be more likely with statin use. Numerous patients report a complete loss of energy, muscle pain, deep depression, eye problems and memory impairment, and this may well be the tip of the iceberg, as researchers estimate that only 1 in 200 adverse statin effects are actually reported and documented by medical literature.

Have you had your apple today?