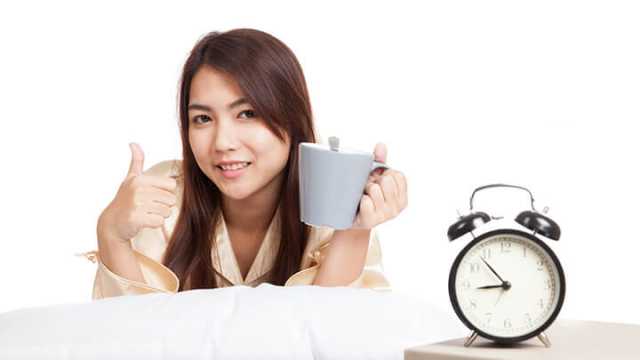 Are you a morning person or an enthusiast of the late-night hours? While some people can go either way, and others are middle-of-the-day types of people, a lot of us would choose one or the other. Some say that morning people are more productive (at least in a traditional sense), and that evening types are more creative. But how does the time you prefer to be awake affect your health?

An interesting new study published in the journal Obesity gives an edge to the early birds as far as healthy food choices throughout the day.

The connection between waking up early and eating healthy

For their study, researchers analyzed data from just under 2,000 people between the ages of 25 and 74. The times that the individuals ate were noted, and the individuals were asked to report the foods that they had eaten. By dividing the study participants into groups of “morning people” and “evening people,” the researchers came to some fascinating results.

Results of the study showed that people who tended to wake up early also tended to eat earlier in the day, and consume healthier, more balanced foods. Evening people, on the other hand, were found to eat more sugar and less protein in the morning. In the evening, they were found to eat more sugary, fatty foods. The researchers also found that on weekends, evening people ate more irregularly and twice as much.

On top of that, morning people were found to sleep better and to engage in exercise more than their night-owl counterparts. On the overall conclusion of their study, the authors wrote:

“Postponed energy and macronutrient intake timing of evening types with unfavorable dietary patterns may put them at higher risk of obesity and metabolic disturbances in the future.”

Adding to this, Courtney Peterson, spokesperson of The Obesity Society, explained:

“Early birds may have an extra advantage over night owls when it comes to fighting obesity as they are instinctively choosing to eat healthier foods earlier in the day. Previous studies have shown that eating earlier in the day may help with weight loss and lower the risk of developing diabetes and heart disease. What this new study shows is that our biological clocks not only affect our metabolism but also what we choose to eat.”

Now, this isn’t to say that all evening people eat unhealthy foods. It is still possible to stay up late, eat healthy and get regular exercise. However, this study does shine a light on some possible advantages that early birds may enjoy.

How to get into the “early bird” mindset

If you’re not particularly fond of mornings, but you’d like to get in the habit of rising and shining early, there are things you can do. The following are just a few ideas.