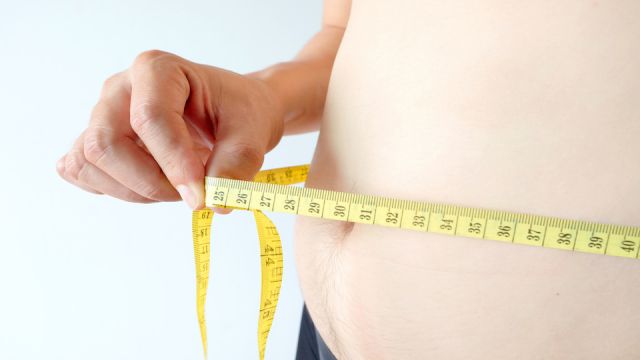 For years, doctors have attempted to develop an accurate tool for measuring one’s risk factors and obesity using a simple calculation known as BMI or Body Mass Index. However, recent research has brought this practice into question since it is not an accurate representation of abdominal fat. Of course, this type of fat is the most concerning because it has been linked to increased cardiovascular concerns.

Obviously, this same measurement would not apply to men since body type and shape are entirely different across gender boundaries. New research, published in the journal Scientific Reports, has identified a new system of measurement, for men known as waist to height ratio or waist-to-stature ratio (WSR). This measurement is calculated by dividing waist circumference by height to determine overall health and longevity. When measuring your own WSR, if you’re under 40, your waist-to-height ratio should not be higher than 0.5. If you’re over 50, a WSR of 0.6 or higher puts you in the danger zone for heart disease.

How does it determine the risk of heart disease?

Interestingly, the study found that not only were men with increased abdominal fat at risk for cardiovascular disease, but otherwise healthy, physically active men with high WSRs were also more likely to develop heart conditions than those with low WSRs.

The research, conducted by Brazilian researchers affiliated with São Paulo State University (UNESP) in Presidente Prudente and Marília in collaboration with colleagues at Oxford Brookes University in the UK looked at 52 physically healthy men between the ages of 18-30 with varying WSRs. Investigators studied the autonomic recovery of heart rate after aerobic exercise to determine risk.

“We found that non-overweight, physically active, healthy individuals without a history of metabolic or cardiovascular disease but with WSRs close to the risk factor limit were more likely to develop heart disorders than individuals with less accumulated fat in the waist area,” said Vitor Engrácia Valenti, a professor at UNESP Marília and principal investigator of the study.

This first test was to determine physical capabilities and establish that all the men were physically active and capable of cardio exercise. The following day, the men warmed up for five minutes and then ran at 60% of their maximum effort for 25 minutes. Researchers then took their heart rates to compare recovery rates of test subjects with varying WSRs. Unsurprisingly, men who had WSRs higher than 0.5 took longer to recover than those under the risk threshold.

“Autonomic heart rate recovery time is a good indicator of the risk of cardiovascular complications immediately after aerobic exercise and of developing heart disease,” Valenti said. “If the heart rate takes a long time to return to normal, this indicates that the individual runs a significant risk of developing a heart disorder…We found that volunteers in the group with WSRs close to the risk limit were also more likely to develop cardiovascular disorders.”

These new systems of measurement indicate a shift in the understanding of obesity and fat dispersion in the body. Instead of merely looking at overall fat, like BMI, WSR, and WHR focus on where the fat is located rather than how much fat a person actually has. This change in the way that obesity is diagnosed is taking the focus away from the overall weight of an individual. Measuring weight alone without any further information is not an appropriate indicator of cardiovascular health since it is skewed by muscle mass, water weight, and height.

Take steps to exercise regularly, eat a natural, whole food diet with limited processed ingredients, and speak to your doctor if you have a high-risk factor for heart disease.