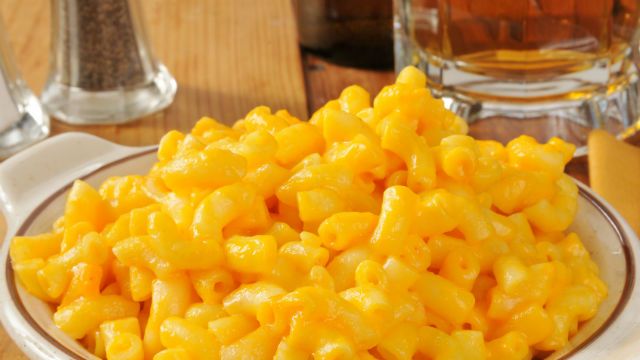 Odds are, you probably have at least one, if not many, foods that you consider to be comfort foods, like mac n’ cheese, mashed potatoes, biscuits and gravy, chocolate or ice cream. But did you know that they may actually have the opposite effect of what you’re hoping for?

A new study, entitled “The Myth of Comfort Food,” conducted by a University of Minnesota research team, found that those bites you believe are providing solace are actually no more effective at improving your mood than any other foods, or even eating nothing at all.

Lead researcher and psychologist, Traci Mann, writes: “Negative moods naturally dissipate over time. Individuals may be giving comfort food ‘credit’ for mood effects that would have occurred even in the absence of the comfort food.”

In a number of different experiments, groups of undergraduate students, totalling 100 participants, watched brief videos that were designed to elicit “feelings of anger, fear, anxiety and/or sadness.”

After each session they filled out a questionnaire to help reveal their mood. During the first session, they were asked which foods would make them feel better if they were in a bad mood, in addition to other foods they enjoy but don’t necessarily consider to be “comfort foods.”

In another session, they were given a generous portion of their self-described comfort food, with chocolate being the most popular, followed by ice cream and cookies. Finally, at the last session, they were given either one of the foods they considered enjoyable but non-comforting, like almonds or a granola bar, or nothing at all – which meant the participants simply sat in silence for several minutes.

The researchers reported that the participants’ moods improved over time, but that it happened to the same extent regardless of which type of food they ate, or whether they ate any food at all.

The conclusion? The researchers say there is really no justification for choosing comfort foods when we are distressed. The researchers hope that the study will make people think twice before reaching for that pint of Breyers or Ben and Jerry’s, noting that removing anguish as an excuse for eating high-calorie foods “may help people develop and maintain healthier eating habits, and may lead them to focus on other, food-free methods of improving their mood.”

Additionally, eating unhealthy, processed foods as a form of stress-relief, especially over a period of time, can quickly lead to weight gain as well as a host of health issues, which can cause a chronic poor mood and an overall lower quality of life – defeating the purpose of eating those so-called comfort foods in the first place.

Instead, turn to healthier ways of relieving stress, such as physical activity or meditation. Your waistline, your mood and your health will thank you for it!