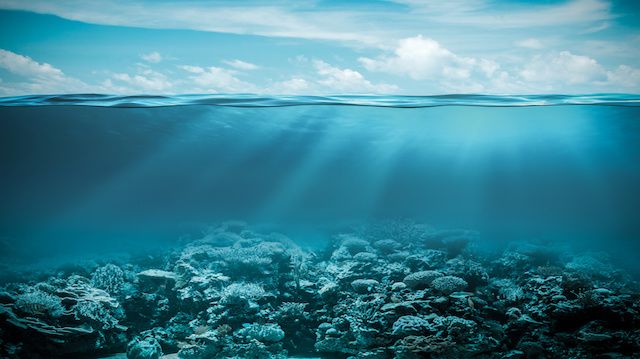 As world leaders converge in Paris for the 2015 United Nations Climate Summit, one of the subjects no doubt on the minds of many attendees is the effect of carbon dioxide (CO₂) on our oceans. A new study from Johns Hopkins University shows that we should all be concerned with rising levels of CO₂ — they may affect the food chain and disrupt life as we know it in the North Atlantic.

Scientists tend to keep tabs on things like climate, precipitation rates and population rates. Some of these scientists are surprised to find that their predictions for microscopic marine alga in the North Atlantic didn’t account for the rapid environmental change that has caused a significant upswing in the number of plankton in that part of the ocean.

Johns Hopkins University researchers, in particular, have found a tenfold increase in the number of single-cell coccolithophores — a type of plankton — between the years 1965 and 2010. This 45-year period saw a sharp spike in the plankton population in the late 1990s. A few decades may not seem like a long period of time; however, a change of this significance is alarming to scientists, as it signals huge changes in the environment.

“Something strange is happening here, and it’s happening much more quickly than we thought it should,” said Anand Gnanadesikan, one of the study’s five authors. He serves as an associate professor in the Morton K. Blaustein Department of Earth and Planetary Sciences at Johns Hopkins University.

Gnanadesikan and his team say that the spike in plankton is good for other organisms that eat coccolithophores, but they aren’t sure at the moment exactly which organisms make a regular snack of the plankton.

“What is worrisome,” Gnanadesikan told Science Daily, “is that our result points out how little we know about how complex ecosystems function.” That makes it difficult to predict future changes  to life in the ocean.

What we do know is that this plankton, growing at such a rapid rate, may signal some harmful changes occurring in the ocean. According to William M. Balch of the Bigelow Laboratory for Ocean Sciences, coccolithophore populations tend to spike when the earth experiences a warm interglacial period — global warming — accompanied by elevated levels of CO₂ in the oceans. He calls the plankton boom a potential “canary in the coal mine” for some serious climate change effects.

Increases in CO₂ cause a condition known as acidification, something we’ve reported on before. When the ocean’s water absorbs CO₂, a chemical reaction between the seawater and CO₂ causes the pH level of the water to decrease, making it more acidic. The number of calcium carbonate materials in the water also decreases, and this is bad news for animals that live in the ocean — calcium carbonate is the primary ingredient in shells and skeletons for much marine wildlife. The combination means that these creatures develop weaker shells and skeletons, making them more vulnerable to predators and conditions in the ocean. When scientists observe a decrease in calcium carbonate materials, they also see a decrease in the number of organisms living in those areas.

According to the National Oceanic and Atmospheric Administration, “Since the beginning of the Industrial Revolution, the pH of surface ocean waters has fallen by 0.1 pH units.” Again, this may seem inconsequential, but it’s important to remember that we’re talking about relative timeframes here. In terms of the entire lifespan of the Earth, this 0.1 pH change amounts to a 30 percent increase in the ocean’s acidity.

While changes in the pH level of the ocean may benefit some species, like coccolithophores and the organisms that eat them, other species may not fare well in changing ocean conditions. Increasing temperatures across the globe are primarily responsible for the spike in CO₂, and only time will tell how our oceans will be able to adapt to changing climate and conditions.

Are you concerned about rising acidity in our oceans?