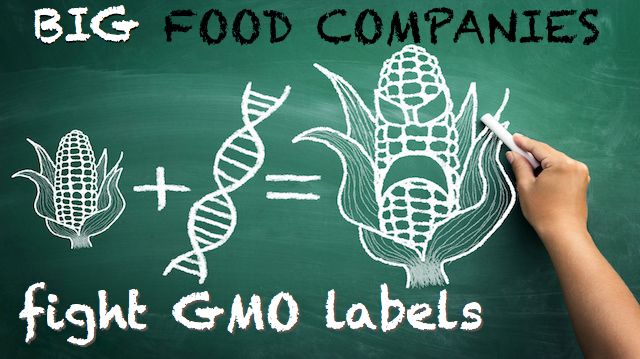 The battle over GMO labeling isn’t over yet, folks. As the year wraps up and Congress decides on a spending bill that could disrupt aims to require GMO labels, food companies are doing their best to make sure GMO labels stay off their products.

Despite the fact that nine out of 10 Americans want GMOs to be labeled, “Big Food” is pushing its own agenda in the opposite direction. Last summer, the House passed an act that has been nicknamed the Deny Americans the Right to Know (DARK) Act, which overrides state-level programs that require GMO labeling — sorry, Vermont — and makes labeling completely optional. As 2015 comes to a close, Big Food lobbyists are pressuring the Senate to make the same decision.

If you remember your School House Rock, you know that once the Senate jumps on board, the DARK Act becomes a bill and makes it to the President’s desk. And Big Food is being sneaky about it. If you follow politics, you know that there are several acts and provisions that get added to larger bills all the time, so the larger “more important” issue will simply carry the “smaller” issues attached to it into law. That means that a Congressman or Congresswoman would have to vote against the entire spending bill in order to block the optional labeling provision, and the likelihood of that happening is pretty slim.

Senator Debbie Stabenow, the leading Democrat on the Senate Agriculture Committee, says that the issue is extremely controversial, especially to be added into the spending bill — a bill that legislators are required to pass before they go on break for the holidays. “We have a lot of folks on our side of the aisle that are very opposed,” said Stabenow to the Associated Press.

Republican Senator John Hoeven has been working with Sen. Stabenow to come to a compromise, but he’s not optimistic. “I am still trying to come up with a compromise that brings both sides together, and it doesn’t seem like we’ll have that by year-end,” he said.

According to Just Label It!, a project of the Organic Voices Action Fund focused on empowering and educating consumers, the DARK Act would… 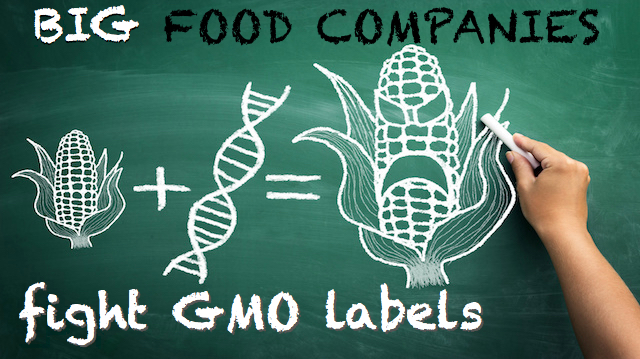 The DARK Act makes sense if you look at things from Big Food’s point of view. Consumers are favoring non-GMOs — remember, about 90 percent of us want GMOs to be labeled — and if a company regularly uses GMO ingredients, a label could drastically affect its bottom line. Costs of production would increase for the food industry, and some companies might end up losing money. Despite the fact that companies that go non-GMO have been met with a great reception from consumers, many of the food corporations don’t want to risk it.

So we find ourselves in a difficult situation here at year’s end. The Environmental Working Group and Just Label It! are working to get the message to Congress that we want GMO labeling by putting together a petition and sending it to Washington. Other organizations are doing what they can to fight Big Food, but the fact of the matter is, in Washington money talks, and Big Food has a lot of money at its disposal. We’ll be waiting to see what happens in the coming weeks. Check back here for updates.

Why do you want GMO labeling?