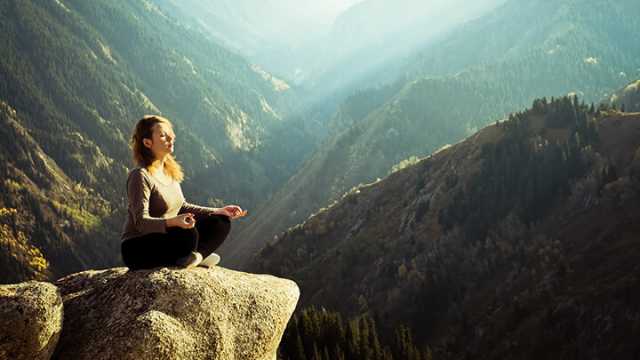 You’ve made a commitment to take your health back into your own hands. Part of this commitment is practicing meditation, which you’ve heard is great for alleviating stress and helping your sleep better. Nice one! But what’s this you keep hearing about mindfulness?

Both mindfulness and meditation are two common references in the alternative health blogosphere. People know that they’re good for your health, have plenty of scientific studies to back them up and that they need to get more of them in their lives. But very few people actually stop to wonder what the difference is between mindfulness and meditation. Are they the same thing with a different name? Or are they two completely separate entities?

To understand how to best utilize meditation for optimum health benefits, you must first develop a basic knowledge of its many forms. That sounds like something a Shaolin monk sitting in a Japanese zen garden might say, but you should heed these words! And to understand the difference between mindfulness and meditation is a difficult task indeed, considering they’ve been debated over for thousands of years.

Meditation is an overarching term to describe a range of different consciousness-altering or concentration-sharpening exercises. Meditation essentially describes any practice or technique which encourages the development of concentration, clarity, emotional positivity and calmness.

By engaging in meditation, people learn to not only control their mind but to also let go of any fuzz or unnecessarily chaotic thoughts. All different modes of meditation involve focusing the attention inwards. This is achieved using different mechanisms. These include focusing on a mantra, controlled breathing, visualizations or simply honing in on a certain area of the body. There are three main types of meditation: 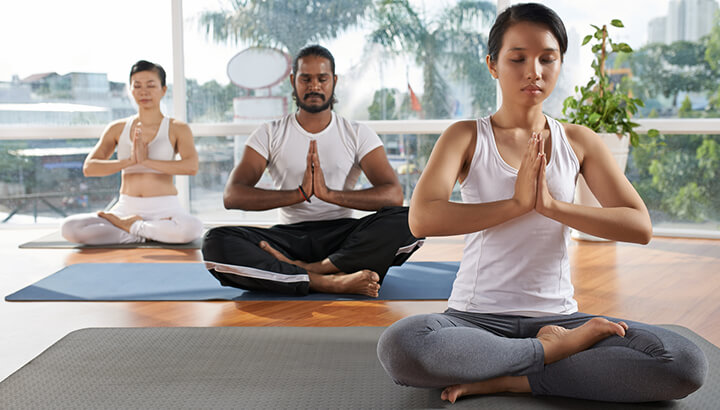 It sounds difficult — and it is! This kind of meditation is perhaps the closest to modern society’s stereotypical notions of meditation. Effortless Transcendental Meditation® is used with the goal of eliminating all thought entirely, which can allow the meditator to recognize their “pure self.” This type of meditation is called “effortless” simply because it doesn’t use any mental effort or concentration to achieve transcendence. Effortless meditation is probably not for the novice meditator.

It’s true that mindfulness is a form of meditation. With mindfulness meditation, you let your thoughts flow freely without judgment or attachment, rather than focusing or concentrating on a specific object. This lets you take a metaphorical step back, to observe your mind almost as an outsider. It allows you to analyze your thoughts and emotions without any kind of bias. In essence, you become more aware of your inner thoughts during this time. You can relax and connect with yourself on a greater level.

However, while mindfulness is certainly a form of meditation, it can also be a way of life. Mindfulness teaches that we all have the ability to be fully present in the moment, cognisant of what is going on in our heads and the world around us. Sure, mindfulness can be cultivated by certain techniques, such as meditation, but it can then be applied to your everyday life.

The differences between mindfulness and meditation

Take walking through a park, for example. Many people might walk through nature and notice very little of what’s happening around them, purely because they’re so engrossed in their own past regrets and future anxieties. Someone who cultivates that same mindfulness achieved during meditation can immerse themselves more wholly in their surroundings. They’ll notice new things like different species of birds, new wildflowers popping their heads through the ground, or simply the glorious feeling of a cool breeze through their hair on a hot, humid day.

This is where the difference between mindfulness and meditation becomes apparent. Meditation is not something you can do all day, every day. For example, if you were to focus on a single object (as with focused attention meditation) on your drive to work, you’d probably end up in a car crash! It would also be impractical, let alone downright impossible, to pursue effortless transcendence for more than a few minutes a day.

Mindfulness, on the other hand, can become a part of your everyday self.

The health benefits of meditation are wide-ranging. You’ll perhaps be surprised to learn that there’s a lot of scientific research backing up these claims. Here’s just a few benefits to gain from bringing a little meditation into your life:

A 2004 study found that Kriya yoga, a form of meditation, made a huge difference to people suffering from chronic insomnia. Patients experienced improvements in sleep time, sleep efficiency and sleep quality. All from following a simple daily meditation program, and all without the aid of drugs.

Meditation can help you lose weight

Most people can think back to a time when they suffered an emotional mishap of some kind. Perhaps it was breaking up with a boyfriend or girlfriend, and you turned immediately to that tub of ice cream in the freezer. This form of binge eating can lead to some serious weight gain. Luckily, meditation has the answer. This study found that “mindfulness meditation effectively decreases binge eating and emotional eating.” 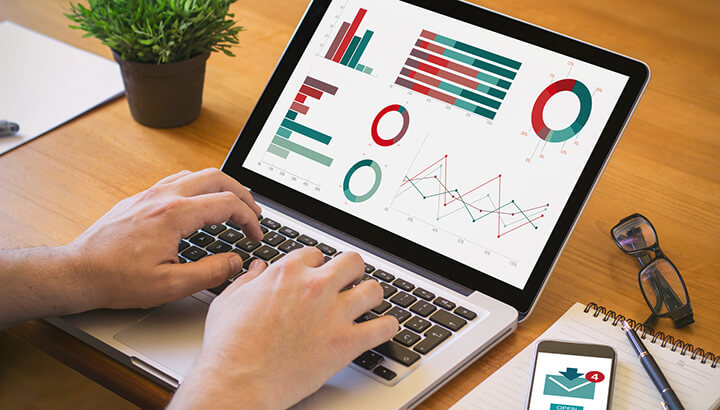 This one probably comes as no surprise to you! Meditation has repeatedly been found by scientific study to have positive effects on both anxiety and depression. A 2012 study found that people who practice Buddhist meditation have quantifiably more positive outlooks on life. They are also more able to solve problems and have greater mental flexibility than those who don’t.

Because mindfulness can be a form of meditation, you can also enjoy many of the same benefits. One of the most commonly studied aspects of mindfulness is its ability to reduce anxiety. A 2013 study at Massachusetts General Hospital demonstrated just that.

Researchers assigned 93 people with generalized anxiety disorder to either a mindfulness-based stress reduction program or a control group. The group who partook in the mindfulness program experienced significantly greater anxiety reduction than the control group. Not surprisingly, that same group also had lower levels of stress and a greater increase in positive self-statements.

Beyond simple mood and emotions, however, mindfulness can actually improve the way you think. A 2009 study published in the Journal of Consciousness and Cognition examined the effect of mindfulness meditation on cognition of study participants. After four mindfulness sessions, the mindfulness group showed improvements in mood, reduction in fatigue and anxiety… and increased mindfulness (duh!). Not only that, “brief mindfulness training significantly improved visuospatial processing, working memory and executive functioning.” This means that practicing mindfulness can literally increase your brainpower. 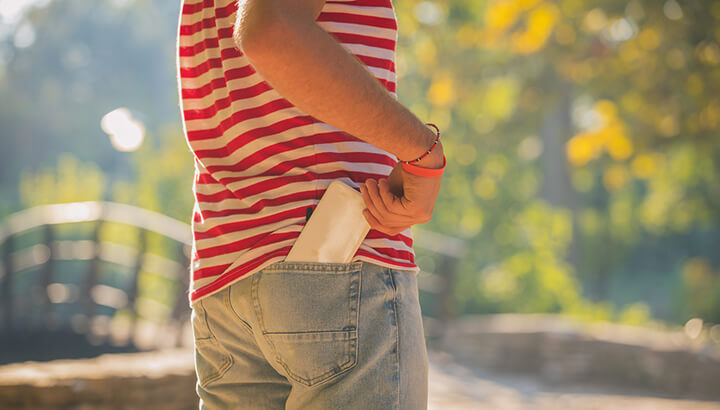 The most important benefit of mindfulness, in my opinion at least, is its ability to cut out distractions. Our world is increasingly filled with technological chaos. There’s phones beeping, computers pinging, tv’s buzzing and any number of other things crying out for our attention. Mindfulness really comes into its own in such a chaotic environment, helping you to concentrate on what really matters and give your mind a much-needed spring cleaning.

A Harvard-based study put 12 healthy volunteers through an eight-week “Mindfulness-Based Stress Reduction Program.” At the end of the eight weeks, participants showed “faster and significantly more pronounced attention-based adjustments to the alpha rhythm.” According to researchers, “alpha rhythm is particularly active in the cells that process touch, sight and sound in the brain’s outermost layer, called the cortex, where it helps to suppress irrelevant or distracting sensations and regulate the flow of sensory information between brain regions.” In essence, mindfulness re-wires your ability to cut out anything you don’t really need to think or worry about.

How to get started

If you’re interested in trying out either meditation or a more mindful way of life, take a measured approach. Committing to anywhere between five and 10 minutes per day can make a huge difference to your life. Practicing mindfulness meditation on a regular basis can help you to become more mindful throughout the rest of the day.

Reevaluate after a week of daily meditation. See whether you’d like to change things up or if you’re happy with your chosen course. If you struggle to achieve a state of meditation, try finding a well-reviewed meditation app on your smartphone or tablet.

Keep an open mind and look forward to reaping all those health benefits!