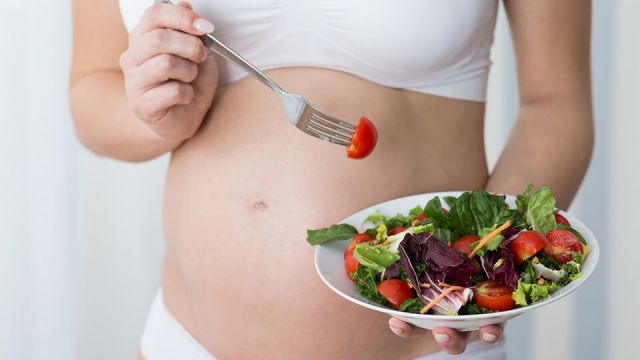 Increased exposure to pesticides has been linked to cancer, birth defects and neurological impairment. Now, scientists believe there is a new risk to worry about if you consume pesticide-laden foods — infertility.

This correlational research only involved women who were seeking to get pregnant via in-vitro fertilization (IVF). It measured fertility rates for the IVF procedure in two groups of women (a sample of women exposed to high levels of pesticide residues versus a low-exposure sample).

The researchers did not establish unequivocally that high-pesticide exposure in the diet causes poor reproductive health, but the results lend credence to the theory that pesticides are a risk factor when it comes to undermining fertility.

The results of the study surprised those who conducted it. For instance, Dr. Jorge Chavarro, an associate professor of nutrition and epidemiology at Harvard T. H. Chan School of Public Health, explained that “I was always skeptical that pesticide residues in foods would have any impact on health whatsoever. So when we started doing this work a couple of years ago, I thought we were not going to find anything. I was surprised to see anything as far as health outcomes are concerned.”

The results are the first to link pesticide exposure to possible fertility problems in humans. Chavarro cautions that this is just one study and that more research is needed, but he acknowledges that “I am now more willing to buy organic apples than I was a few months ago.”

In the past, however, research involving rodents has clearly demonstrated a connection between pesticide exposure and miscarriage and decreased litters.

According to Dr. Brenda Eskenazi, director of Environmental Research and Children’s Health (CERCH) at the University of California, Berkeley, many pesticides are neurotoxins with a wide range of risks that include:

Dr. Eskenazi says that her research has identified organophosphate pesticides (OP) as a biomarker, which has been linked to impaired development. Consuming organic fruit has been shown to lower the presence of the OP biomarker in both women and children, Dr. Eskenazi says.

Reducing your exposure to pesticides

Many pesticides are chemically similar to the deadly Sarin nerve gas. With that in mind, what can you do to reduce both you and your family’s exposure to these noxious compounds? Experts typically recommend the following:

Organic foods to improve the odds of conception

If you are trying to conceive, nutritionists recommend loading up on leafy green vegetables, legumes, whole grains, yams, berries, yogurt and eggs. In particular, some scientists believe that yams have an ovulation-stimulating substance. Indeed, there is some evidence that yam-eating populations have a higher incidence of twins.

Eating organic may cost a bit more in the short term, but the long-term health savings for both you and your family will be worth it. By the way, if you want to conceive or are pregnant, there are some foods where you really should make the switch to organic: