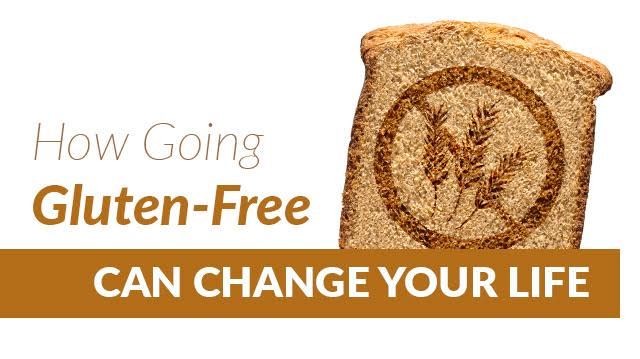 It wasn’t that long ago that gluten-free options exploded in the market, offering anything from gluten-free bread to gluten-free pizza crust. Understanding this trend can help change your life. Although only around one percent of the population suffers from the autoimmune disorder known as celiac disease, this doesn’t mean that you cannot benefit from a gluten-free life.
Why go gluten-free?

Gluten-free products have been all the rage over the past few years. Can it benefit you, or are companies taking advantage of consumers? The truth is, gluten is a staple component of the American diet, it’s everywhere — and in turn, there have been a number of studies conducted focusing on the health risks associated with modern-day wheat and gluten.

Within one key study, published in the Journal of the American Medical Association, 30,000 patients were examined over the course of 39 years. Researchers observed three groups — those with celiac disease, those who had inflammation of the intestine (but not full-blown celiac disease) and those with a gluten sensitivity.

Why these findings are so relevant is because you do not need to suffer from celiac disease in order to experience health complications related to gluten. So many diseases are linked to inflammation, and if the consumption of gluten increases antibodies, this places your long-term health at risk.

In fact, one review, published in The New England Journal of Medicine, listed 55 diseases that can potentially be caused by gluten, including arthritis, anemia, irritable bowel syndrome and more. When individuals experience increased inflammation following the consumption of gluten, this places strain on organs throughout the body.

By consuming gluten on a daily basis, your body may continually initiate an inflammatory response. Although a number of diseases are a concern, individuals can also begin to suffer from weight gain, brain fog, headaches, constipation, joint pain, fatigue, skin rashes and more. All of these symptoms are your body’s way of telling you that something isn’t quite right.

Perhaps one of the most interesting associations is gluten-containing products and depression, especially among non-celiac individuals. Studies have shown that when compared to a placebo, exposure to gluten does induce symptoms of depression. It’s well understood that the gut and brain are connected, which is why it’s so important to focus on gut health. By going gluten-free, you could be both healthier and happier.

Understanding how to benefit from a gluten-free life

Recently, researchers reported that 86 percent of individuals who believe they’re gluten sensitive can actually tolerate it. Published in the journal Digestion, this study focused on why so many people are opting for a gluten-free life. Once again, you do not need to be intolerant to suffer from gluten-related health issues.

Sure, a large portion of the population may be able to “tolerate” gluten, but that doesn’t mean it’s not affecting them. When being tested, doctors will look for a number of signs, including elevated IgA and IgG anti-gliadin antibodies. You need to listen to your body.

When choosing foods, many people have developed the idea that gluten is bad, therefore thinking that when they choose “gluten-free” options, they’re selecting a healthy alternative. Like anything in your diet, it’s about what you choose. Many gluten-free options are still highly processed, with some containing more sugar and sodium than their gluten-containing counterparts.

The key is eating naturally gluten-free foods — not your favorite highly processed cereal available in a gluten-free option. When removing gluten from your diet, you need to ensure that you continue to consume enough carbs. Remember, carbs aren’t the enemy — your body and brain need this macronutrient.

When you eliminate highly refined carbs, such as those found in processed foods, you can focus more on quality, high-fiber options. Root vegetables are a perfect example, providing sustainable energy without the associated glycemic spike. Play around with different recipes that contain sweet potatoes, pumpkin, beets, squash and carrots.

You could also invite pseudograins into your life, such as quinoa, buckwheat and millet. These cook up like grains do, adding a delicious, nutrient-rich side dish without the associated digestive complications. Lastly, those who have a sweet tooth, avoid processed gluten-free desserts.

Make your own healthy alternatives with protein-rich, gluten-free flours, such as hemp, coconut, almond or quinoa flour. Don’t be shy to pack homemade brownies with chia seeds or replace the sugar with cinnamon. When you get into a groove, baking and cooking healthier options becomes second nature.

When adopting a gluten-free lifestyle, you won’t only help reduce inflammation, but you will also be encouraged to follow a healthier, more balanced diet. As long as you focus on natural gluten-free foods, such as fruits, vegetables, seeds, nuts, fish and eggs, you will ensure that your nutritional needs are met, while reducing problematic symptoms.

Give it a go — try going gluten-free for a month to see how you feel. When you change your eating habits, you will change your life. You truly are what you eat.