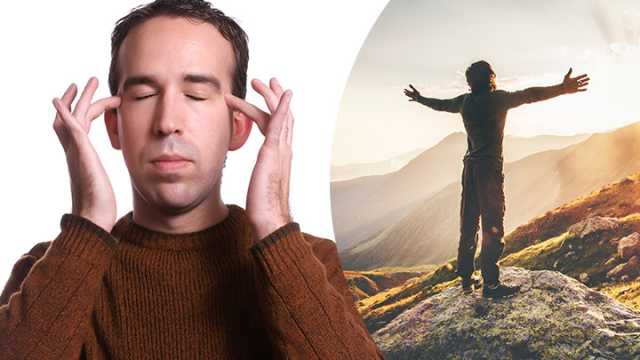 Tapping, also known as TFT (thought field therapy) or EFT (emotional freedom technique), is a method that combines ancient Chinese acupressure with modern day psychology. It’s called tapping because you literally tap on points of the body while making certain statements. Advocates of this method further claim that tapping can successfully treat any disorder — even banish depression and anxiety.

What does tapping do?

Tapping is thought to be extremely powerful and may be used to treat a wide variety of physical and psychological conditions, including pain relief, weight loss, addiction, self-sabotage or financial stress. By tapping end points on meridians — a network of channels that transport energy — energy flow is unblocked and releases the phobia.

By further focusing on the stressful issue or challenge, you send a calming signal to the amygdala in the brain. This is the part of the brain that sends out the “fight or flight” response. Tapping desensitizes that stress signal. So, in a sense, it alters your brain, energy system and body, and how you react to stress.

How can tapping help with depression and anxiety?

Depression is a common mental disorder that, according to the World Health Organization, affects as many as 350 million people of all ages around the world. It’s characterized by sadness, loss of interest or pleasure, feelings of guilt or low self-worth, disturbed sleep or appetite, feelings of tiredness and poor concentration. It can last a long time or it can be sporadic, substantially impairing your ability to function at work, school or even in your daily life. When it’s at its worst, depression can lead to suicide.

So how can tapping help? For starters, tapping is like acupuncture, except it uses no needles. Both tapping and acupuncture heal through stimulating the body’s meridians and energy flow. So, when we consider the benefits of tapping for depression we can also look at the benefits acupuncture has on depression. According to HealthCMI, research from the Beijing University of Chinese Medicine found that acupuncture is an effective treatment for depression and generalized anxiety disorder. It also enhanced the effects Paxil, a commonly prescribed anxiety med.

Tapping can reduce symptoms of depression

Similar studies involving tapping and depression also show promising results. A study published in the journal Integrative Medicine, set out to evaluate the effectiveness of CBT (cognitive behavioral therapy) and EFT in the treatment of depression and anxiety. CBT treats depression with a hands-on approach and a goal to change patterns of thinking or behavior.

So, overall, the study provided evidence to suggest that EFT might be an effective treatment strategy worthy of further investigation. In another study research involving post-traumatic stress disorder and veterans, researchers found that anxiety and depression were both reduced significantly, as was psychological symptoms and pain after EFT.

Here’s how to tap away depression or anxiety

Remember tapping can be used for everything, but for the purpose of this article we’ll focus on depression and anxiety. Here are the tapping guidelines according to The Tapping Solution. Before you begin, identify the problem you want to focus on, and create a statement. EFT Universe suggests that the following phrase works well to clear depression, in particular. “Even though I am depressed, I am a happy person because I deeply and completely accept myself.” 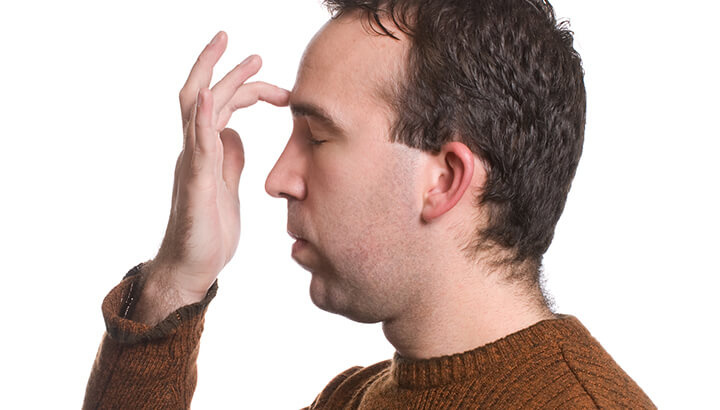 With firm but gentle pressure, as if you were drumming on the side of your desk, tap with two fingers on the inside of the inner edges of the eyebrows (closest to the bridge of the nose) five to seven times. Repeat the statement, “I am such a happy person. I am so happy.”

3. Sides of the eyes 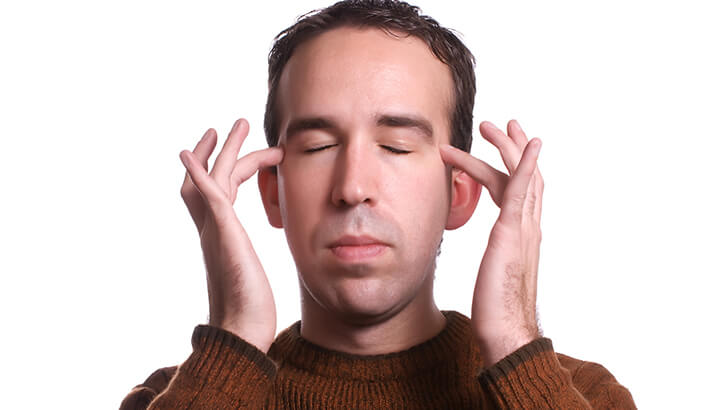 Then, with both hands tap on the side of both eyes with two fingers, five to seven times while repeating the same statement: “I am such a happy person. I am so happy.”

Then, with two fingers on each hand, tap on top of the cheekbones, under the eyes. Tap five to seven times while repeating again, “I am such a happy person. I am so happy.” 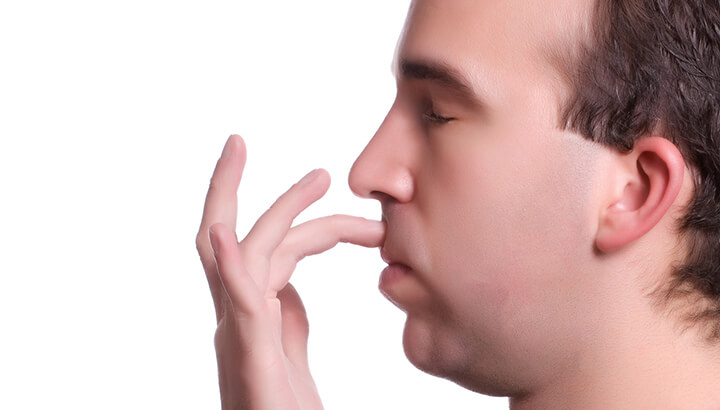 Then, with one hand, tap under the nose in the crease above the lip with two fingers, five to seven times and repeat, “I am such a happy person. I am so happy.”

Tap under the mouth, below your lower lip with two fingers, five to seven times and repeat: “I am such a happy person. I am so happy.”

Tap with both hands on either side of the collar bone (under the hard ridge) with four fingers, five to seven times, repeating, “I am such a happy person. I am so happy.”

Now tap under the armpit (bra level for women) with two fingers, five to seven times and repeat: “I am such a happy person. I am so happy.” 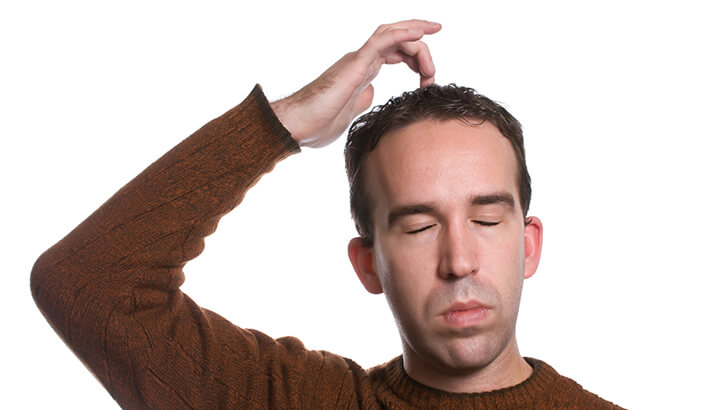 Finally, tap on top of the head (center of the crown) with four fingers, five to seven times, repeating: “I am such a happy person. I am so happy.” Take a deep breath and relax.

The tapping order begins at the top, works its way down, and ends by returning to the top of the head to complete the loop. Once you’ve completed the sequence, focus on your depression again. How intense is it on a scale of one to 10? If your depression is higher than “two,” you can do another round of tapping. Keep tapping until your symptoms have subsided.

When you’re depressed, for example, it can feel like you’ll never get out from under that dark cloud. But, it’s important to understand that even the most severe depression is treatable. So, if depression is keeping you from living the life you want, then don’t hesitate to seek help.

Learning about your treatment options will help you decide what approach is best for you. No two people are affected in the exact same way by depression. So, treatments may vary from therapy to medication to healthy lifestyle changes. According to HelpGuide.org you shouldn’t rely on medications alone. While medication can relieve the symptoms of depression, it is not usually suitable for long-term use.

Consider natural remedies instead of antidepressants

Research published in the BMJ asked the question: “Does long-term use of psychiatric drugs cause more harm than good?” Researcher Peter C. Gotzsche from Nordic Cochrane Centre in Denmark believes that taking antidepressants could increase your risk of dying prematurely. Furthermore, he suggests drugs do little for patients over a placebo and that the medicines should be scrapped altogether.

Prescribed meds are generally a Band-Aid solution for an underlying problem. In fact, according to Gotzsche, psychiatric drugs are responsible for the deaths of more than half a million people — aged 65 and older — each year in the Western world. Yet, the debate rages on; many doctors agree that for those who suffer from severe depression drugs could make a critical difference. But there is no “one size fits all” approach to treating depression, which is why meds won’t work for everyone.

Tapping is an alternative therapy treatment that may help you avoid taking potentially dangerous drugs. Even if you are on prescribed meds, you can certainly try tapping as a means for speeding up recovery.