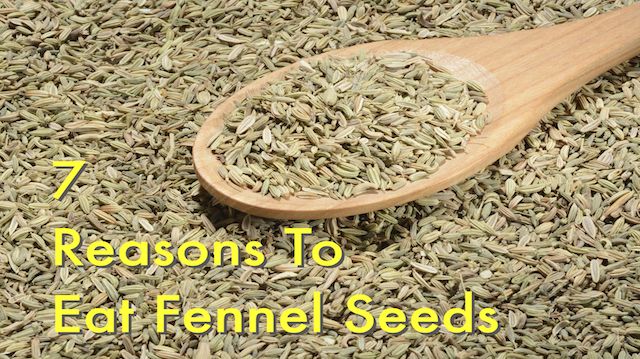 If you don’t have fennel in your pantry right now, you will definitely want to go get some after reading what I have to say about it.

You may know fennel as the ultimate breath freshener. Many upscale restaurants will serve some fennel after a meal as it helps to clean the palate and leave the mouth tasting and smelling fresh.

Fennel (Foeniculum vulgare) is a member of the caraway family and is native to the Mediterranean region. Today it is cultivated all over the world.

The plant is made up of a pale green or white bulb with stalks arising from it, topped with leaves and seed-producing flowers, depending on the season. It has an aromatic quality, with a taste that is akin to anise seed and licorice. Fennel seeds are often used for seasoning foods, and the crunchy bulb is often chopped up in salads.

I have always had fennel planted in my garden, not only because it is a beautiful and useful plant, but also because it makes my whole garden smell like fresh licorice — yummy!

It was enjoyed for its culinary and medicinal qualities by the ancient Egyptians, Greeks and Romans, as wild fennel flourished in Eastern Asia and the Mediterranean before spreading to Europe.

This aromatic plant received its nickname, “marathon,” from the ancient Greek Battle of Marathon, as it was thought to have grown on the field where the battle was fought.

In the Middle Ages, fennel was used in concoctions for warding off witchcraft, and was also hung over doorways to banish evil spirits. It was also often used in traditional remedies as a carminative, to relieve gas and other digestive distress.

Today, fennel is cultivated all over the world, and is especially prevalent in Italian cooking. Every part of the plant, from the seed to the stalk to the yellow flower, is edible.

This plant has a pretty spectacular nutritional profile, including the following:

Fennel is rich in antioxidants, including the flavonoids quercetin and rutin. These help to reduce inflammation in the body and protect cells from oxidative stress damage, thereby lowering the risk of chronic disease.

Fennel, an inflammation fighter
One of the biggest hazards to your health is inflammation. Inflammation is a key player in the development of many illnesses, including cancer and autoimmune disease. It can cause pain and even deformity. It is the enemy within and it can be difficult to defeat.

The medical dictionary defines inflammation as “a protective tissue response to injury or destruction of tissues, which serves to destroy, dilute, or wall off both the injurious agent and the injured tissues. The classical signs of acute inflammation are pain, heat, redness, swelling, and loss of function.”

Chronic inflammation is linked to virtually every disease in one way or another. More often than not, it is the eventual signs of inflammation that alert people to the presence of disease. By that time, it has usually been present in the body for a while.

Here are just a few of the many conditions that are thought to develop from inflammation:

Alzheimer’s disease. Brain cells may be destroyed by chronically elevated levels of inflammation.

Congestive heart failure. Chronic periods of inflammation may cause the heart muscle to wear out and waste away.

Asthma. Small cytokines may cause autoimmune reactions to flare up in the lining of the airways.

Autism. When inflammatory cytokines are released in the brain, it may arrest the development of the right hemisphere.

Gastroesophageal reflux disease (GERD). The esophagus and digestive tract become riddled with inflammation, most often in response to food sensitivities and pH levels.

Psoriasis. Presence of chronic inflammation levels in the liver and gut may lead to poor natural detoxification and the buildup of irritating substances in the body, which can manifest on the skin.

Carpal tunnel syndrome. Chronically elevated levels of inflammation may cause shortened tendons in the forearm and wrist, and the excessive muscle tension may result in compressed nerves.

Celiac disease. Long periods of chronic immune system inflammation may bring about damage to the lining of the intestines.

Arthritis. Inflammatory cytokines may cause cellular activity that leads to the destruction of synovial fluid and joint cartilage.

Fennel to the rescue
Could something so small as a fennel seed actually help reduce inflammation in the body? You bet, this little seed is packed with powerful anti-inflammatory properties that, when added to a healthy diet and lifestyle plan, can keep inflammation down.

Fennel contains a volatile oil compound known as anethole, which is highly effective at blocking inflammation according to a study published in Oncogene. Anethole reduces inflammation by inhibiting NF-kappaB, which is responsible for inducing inflammation related to such conditions as diabetes, allergies, asthma, arthritis, cancer, myocardial infarction, and atherosclerosis. The same compound is also found in anise and camphor.

Another study published in Fitoterapia had this to say, “Fennel also significantly increased activity of an antioxidant known as superoxide dismutase, which contributes to lower levels of inflammation, as well.”

Here are six other ways that fennel can help prevent disease and maintain health:

Blood pressure: Fennel is high in potassium, which helps to keep blood pressure levels stable. It also functions to regulate the heartbeat, is important for proper muscle function, maintains normal fluid balance in the body, and regulates sodium levels in the blood.

In this way, potassium may help to reduce your risk of heart attack and stroke. The folate found in fennel is a mineral that works to reduce heart disease risk by preventing homocysteine damage to blood vessel walls, and is also important to the prevention of birth defects in unborn babies.

Toxins: The bulbs of fennel are a good source of fiber, which, along with keeping the digestive system running smoothly and helping to flush toxins from the colon, also helps to regulate blood sugar and may reduce LDL “bad” cholesterol.

Weight loss: The high fiber content is one reason why fennel has been employed as a weight-loss aid. Fennel tea, often brewed from the seeds, can relieve digestive discomfort and gas. Traditionally, the seeds have also been eaten to keep hunger at bay.

Conjunctivitis: Fennel has been used as an eyewash to reduce the inflammation caused by eye infections such as conjunctivitis. The volatile oil in the plant contains antiseptic properties. Herbal practitioners recommend a cool fennel seed tea as a wash for conjunctivitis. 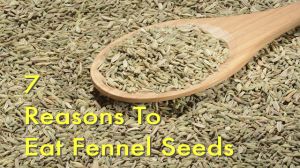 Brain power: The high potassium levels found in fennel bulbs and seeds help improve cognitive function. Potassium is an electrolyte, which means it helps with electrical conduction in the body. In addition, fennel is also a vasodilator, which means that more oxygen gets to the brain to support optimal function.

Growing fennel
Fennel is super easy to grow — it practically grows itself. Plant seeds in an area that receives full sun and be sure to enrich the soil with plenty of organic fertilizer or compost. Space seeds about 12 inches apart and water with a light spray until you see sprouts (usually 1 to 2 weeks). After sprouts appear, water once or twice a week or as needed.

I always stake my plants because they can get quite tall. Harvest the seeds as soon as they turn brown on the stalk. If you wait too long, the wind will get them first! Just cut the seed head off of the plant and place it gently in a paper bag for about a week until they are dried. Apply a light layer of mulch for winter protection.

Now, go brew yourself a fresh cup of fennel tea. Don’t forget to add in a little raw honey for a delicious and highly therapeutic warm tonic!

Susan is the Content Director at The Alternative Daily, a Certified Health Coach, Certified Metabolic Typing Advisor and Master Gardener. With an extensive knowledge of whole foods and wellness, Susan enjoys educating others on how to live healthy and sustainable lives. She presently lives off the grid in the middle of the New Mexican high desert with her three children and numerous animals.